Proximity Bias: The Flip Side to RTO

Employees returning to the office may be benefitting from more favorable treatment, regardless of performance. The risk this poses to operations and to diversity efforts. 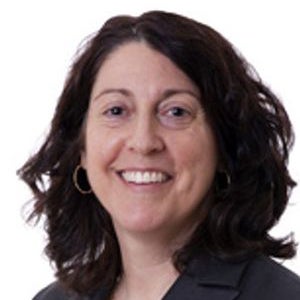 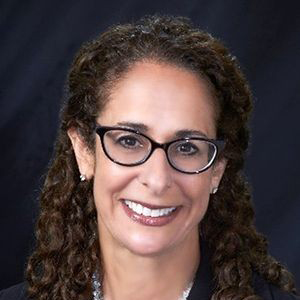 It wasn’t too long ago that having an office or desk next to coworkers could be a dangerous health risk. Now it could be a career booster, even for underperforming employees.

As leaders and employees engage in a tug-of-war over remote work, both sides are reporting, anecdotally at least, that those who are returning to the office are getting assigned to higher profile projects, having more of a say in decision-making, receiving more favorable performance reviews, and more. Known as “proximity bias,” it’s the idea that people in the physical presence of their teams or leaders are harder, more productive workers. Managers and employees say they are increasingly seeing those who are heeding the call to return to the office being rewarded—regardless of performance—while those who are resisting are being excluded.

While proximity bias isn’t new, it has historically been viewed through a narrow lens given how few people worked remotely. Now, however, with the overwhelming majority of employees either working or wanting to work remotely, experts worry that if left unchecked, proximity bias could hinder a firm’s performance by promoting less skilled workers who merely show up, as well as hurt diversity efforts. “We are talking about the potential for significant losses in productivity, engagement, diversity, and retention,” says Alina Polonskaia,  global leader of the Diversity, Equity, and Inclusion Consulting practice at Korn Ferry. It’s well reported, for instance, that women and underrepresented racial groups in positions that provide for remote work are more likely to do so and, as a result, are even more disadvantaged in terms of career options than if they were in the office.

Still, many leaders are growing frustrated with remote work and want to get back to the way it was before COVID, says Barbara Rosen, a Korn Ferry senior client partner and global accounts lead for the technology market. “There are leaders and executives who want to see their teams and feel there is no replacement for in-person bonding and collaboration,” says Rosen. She says one of her clients recently lamented how employees were missing out on the “swivel chair experience,” or the ability to drop by an office or desk to ask for advice or just to chat. Conversely, many leaders say remote work can exacerbate tenuous situations with employees who are underperforming and feel that being in the office can help get them back on track.

Not everyone agrees, however—especially employees themselves. In fact, some employees cringe at the idea of being in such close proximity to managers, says Miriam Nelson, a senior client partner on the leadership team for the Assessment and Succession practice at Korn Ferry. “Many employees blossom in a remote work environment, and just as many suffer from feeling watched or put under a microscope at the office,” Nelson says. She says proximity works well when managers like what they are seeing. Otherwise, it can breed contempt.

Experts say mitigating proximity bias requires both leaders and employees to meet in the middle. On the leadership side, Polonskaia says companies need to stop looking at ways of working from their own viewpoint and instead design new approaches rooted in data and science. She points out that some companies that increased representation in leadership among women, Black, and Hispanic workers and decreased their turnover rate by embracing remote work. Other research has found that collaboration and emotional intelligence are more predictive of a team’s success, regardless of whether they work face-to-face or remotely. On the employee side, it’s about building relationships and finding ways to stay visible. “The onus is equally on employees to ensure they remain an active member of the team or organization,” says Rosen.

Nelson says leaders can facilitate connections and remote employees can become go-to resources by expanding their definition of proximity. Or, as she says, “proximity isn’t just about physical closeness.” Who is in closer proximity, she asks: an employee in an office whose team is two floors up or two people collaborating on a shared Google document over Zoom? “It shouldn’t be about grabbing the closest person,” says Nelson, “it should be about grabbing the right person.”