The Chief Communications Officer: 2015 Survey and findings among the Fortune 500 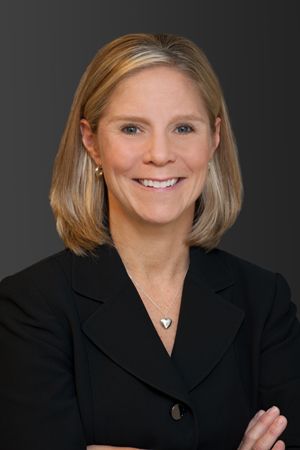 Korn Ferry’s Global Corporate Affairs Practice invited the senior-most communications executives at US companies in the Fortune 500 to take our 37-question survey online. Responses were collected in late 2014 and analyzed in early 2015.

Survey questions about changes to the chief communications officers’ roles and leadership competencies shed light on such issues as their reporting relationships; leadership characteristics that have become more important to this function; critical challenges facing CCOs today; and areas receiving more attention in the function. Feedback on annual compensation and bonuses/long-term incentives also was gathered.

This is the fourth such survey by the Korn Ferry Global Corporate Affairs Practice; prior reports were published in 2012, 2010, and 2008. Where appropriate, responses from the latest survey were compared with the earlier benchmarks.

In today’s frenetic and intensely competitive global market, in which business transformations and communication strategies must be closely linked, CCOs in the United States are taking on more prominent leadership roles within their organizations. Having a strategic mind-set—defined as “anticipating and seeing ahead to future possibilities and translating them into breakthrough strategies”—was highlighted as the most important leadership characteristic for CCOs by the majority of respondents (67%) in the Korn Ferry 2014-15 survey of Fortune 500 CCOs.

Nearly half (49%) of CCOs from Fortune 500 companies surveyed identified courage—defined as “stepping up to address difficult issues, saying what needs to be said”—as a highly important leadership trait. The twinned traits of being a strategic leader and a courageous truthteller illustrate the growing influence wielded by CCOs within the C-suite inner circle. This year’s survey responses underscore Korn Ferry’s findings about a small and distinctive subset of corporate communications—elite corporate affairs executives: These best-in-class corporate affairs officers shoulder a broadening scope of responsibilities and an increasing mandate to act as high-level strategic advisors to CEOs, and they frequently serve as members of the senior leadership team.

The more adept Fortune 500 CCOs become in strategic roles—even to the point of becoming elite corporate affairs strategist-advisors—the more they will be recognized not only for their expertise in developing integrated and aligned communications strategies but also for their ability to help develop organizational strategies involving a wide variety of constituents and stakeholders.

Increasingly, Fortune 500 CCOs take greater responsibility for the organization’s brand and reputation, reflecting some of the biggest concerns of best-in-class corporate affairs executives. In this latest survey, the vast majority of respondents (83%) identified reputational threats/risks as the most critical challenge they face today. As surveyed executives observed:

Corporate communications executives in the United States today wear many hats, with broader responsibility for monitoring and managing messaging through a variety of channels and with numerous stakeholders/constituents. In this year’s survey, respondents reported that their responsibilities included:

The CCO as a leader.

The survey results show that Fortune 500 CCOs are taking broader leadership roles in their organizations. Beyond the traditional communications function, the CCO as a leader must:

As more CCOs gain broader experiences and develop deeper financial and business acumen along with strategic capabilities, they will be better prepared to assume even greater leadership responsibilities.

The majority of the 2014-15 survey respondents were male, although the differential between the genders narrowed (53% male in 2014 versus 56% in 2012). The vast majority of respondents (95.5%) identified themselves as white or Caucasian, while 2.3% were Hispanic, 1.1% were AfricanAmerican, and 1.1% declined to respond.

Each respondent has a minimum of a bachelor’s degree; an additional 25% hold master’s degrees and 15% have MBAs.

CCOs today are seasoned executives who bring to their current positions the experiences gained working with several other organizations. The vast majority of respondents (72%) have worked for three to six companies over their careers to date. Within this broader range, the largest segment (27%) was those who have worked for five employers.

Tenure in current role and company.

Consistent with 2012 survey data, which showed significant turnover in CCO positions, the majority (65%) of respondents have been in their current positions for four years or less, with 48% in their roles for two to four years and 17% occupying their roles for one year or less. Most respondents (65%) said they plan to stay in communications for the rest of their careers.

Top communications executives most commonly reported directly to the CEO (37%), although the percentage was down from two years ago (43%). This is consistent with European CCOs, who also report most frequently to the top of their organizations. In the 2014-15 US survey, 12% of respondents reported to the chief marketing officer, roughly equal to the year-ago period. Showing the most growth were “other” reporting relationships at 22% of the total, compared to 6% in 2012. Among the most common reporting relationships listed as “other” were with the heads of corporate affairs, chief administration officer, and the CFO.

The size of communication departments remained consistent in 2014-15 compared with the 2012 survey period, with most respondents (27%) reporting 10 to 24 people on their staffs. Nearly all (97%) use external agencies for the execution of programming, strategic counsel, and/or a combination of needs.

The importance of the CCO position is underscored by the majority of companies reporting (nearly 67%) that they already have succession plans in place or are implementing them. Nearly half of CCOs surveyed (46%) are corporate officers.

Changes to the CCO role.

As the CCO role in the United States continues to expand beyond traditional communication responsibilities, greater demands are placed on executives in these positions to provide leadership; to contribute expertise and leverage relationships to help the C-suite in problem-solving; and to design and implement multichannel communication plans that support their organizations’ transformation and/or growth strategies. As one respondent described the greater demands on the CCO role, “Anticipate risks and opportunities and get ahead of them. Build key relationships before those relationships are critically necessary. Deliver excellent communications that actually serve the needs of the business.”

In the 2014-15 survey, nearly all respondents (more than 91%) identified “providing leadership on reputation, values, and culture across the enterprise” as receiving more attention and effort today. This overarching responsibility requires CCOs to build relationships across a greater number of constituents, internally and externally, to ensure engagement and dialog—not just one-way communications from the enterprise. They understand that what is communicated, how it is communicated, and the timing and context can make an indelible impact on corporate reputation and branding.

The CCO’s growing mandate around the organization’s reputation, values, and culture highlights the two-edged sword of digital communication. Here, CCOs face the challenges of dealing with social media, bloggers, and online channels established by traditional media (whose content is updated 24/7) in which speed is foremost and accuracy may be secondary. At the same time, CCOs and their staffs must become more adept at using social media to monitor, manage, and enhance brand and reputation and increasingly to develop and distribute their own content to feed new media. To this end, 2014-15 survey respondents reported that new skills growing in importance as new staff is hired include digital/social media (75%) and content creation/storytelling (71%).

CCOs paid at the top of the range reflect the emergence of communications executives who occupy leadership roles with broader responsibilities across multiple functions. There is even a higher level (not included in this survey): the elite corporate affairs executives, as described in an aforementioned 2015 Korn Ferry study, with multimillion-dollar annual compensation packages. In general, those at the higher end of the compensation spectrum go beyond the traditional corporate communications duties and functions, with the broadest responsibilities across corporate communications, government relations, community relations, employee relations, marketing, brand/reputation, investor relations, and more.

Nearly all respondents reported receiving annual equity (97%). Of those who did receive equity compensation, the vast majority (89%) were given restricted stock units. Other forms of equity compensation were stock options (58%) and performance shares (48%).

As the insights from this survey reveal, the influence of the CCO continues to grow, and with that, so, too, do the expectations from the C-Suite. The scope of the CCO is broadening and the mandate is to be a business strategist and advisor. Increasingly, leaders of this function are expected to not only have a full command of all the related functional disciplines, but also greater leadership capabilities that will allow them to work across the enterprise in helping to shape strategy, manage reputation, and problem solve. The survey also reveals that leadership attributes such as courage, innovation, managing through ambiguity, developing talent, and contributing to strategy are more important than ever in these increasingly influential roles.