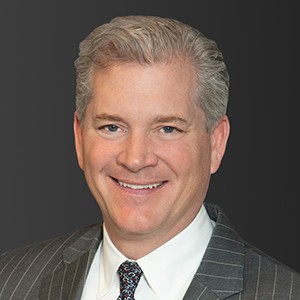 Recognized in the industry for his keen business sense and political knowledge, Mr. Olson has advised many clients through challenging management transitions. Over the past 25 years, he has completed in excess of 1000 successful searches for a wide range of Fortune 500 companies.

Recent CEO level assignments include Sallie Mae, Freddie Mac, the Commissioner of the NFL, and the Federal Reserve Banks of New York, Boston, and Philadelphia. Recent Board assignments include American International Group (AIG), eHealth, Occidental Petroleum, The Carlyle Group, and The Travelers Companies.

Mr. Olson is also a leader in placing senior executives skilled in Government/Regulatory Affairs, as well as International and Public Affairs, among them: Google, Ford, Honda, Boeing, The Carlyle Group, Caterpillar, Starbucks, Hilton, Aetna, and Humana.

Mr. Olson joined Korn Ferry in 1993 after a successful career in public relations and government service. Prior to joining the Firm, he was with the public relations firm Fleishman-Hillard, Inc. Preceding this, Mr. Olson gained experience in executive search when he was on the staff of the White House in the Office of Presidential Personnel. In this capacity, he identified and recommended candidates for senior political positions in cabinet agencies and was responsible for the political clearance for all Presidential appointees.

Mr. Olson earned a master's in business administration from The George Washington University and a bachelor of arts in political science from the State University of New York.