The Return of Hiring Freezes?

Sluggish recruiting and hiring delays are creeping back, but most firms aren't calling them freezes. 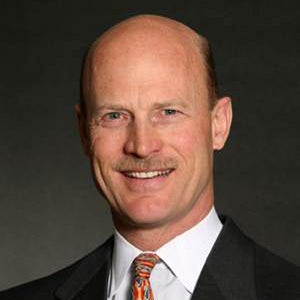 More than a few executives have watched the news about labor shortages and the Great Resignation and wondered how long this all would last. Now, at least some of them know.

On the heels of the busiest hiring year on record, hiring pauses are creeping back in some business sectors. Just a month ago, such a development would have seemed unfathomable: while 11.5 million openings kept recruiters and HR departments scrambling, workers job-hopped across the labor market.

But in some industries, the tide appears to be turning. “It would be crazy to think that the hiring momentum will continue,” says Barry Bregman, senior client partner in the Global Financial Officers practice at Korn Ferry. He says that the past year’s hiring market was the most active one he’s seen in forty years: “A slowdown is inevitable.”

Firms are still avidly hiring for some roles, particularly in clinical healthcare and certain tech areas, such as data science. Some companies, still short-staffed from a cycle that began during the pandemic, have been playing catch-up for one to two years.

But businesses are under an increasingly large pile of socioeconomic pressures: sky-high inflation and interest rates, plus an economy teetering on the edge of a possible recession—all while geopolitical stability is shaky. That equation heavily impacts some industries’ hiring plans, experts say. Many companies are currently evaluating both the broader markets and their own financial situations, while others are tap dancing to replace talent lost over the last two years. It’s a weird moment. “They may not need to do formal freezes, because they also have a backlog of openings,” says Bergman.

Call it what you will—perhaps a “hiring frost” or “recalibration.” “We’re hearing a lot of companies questioning whether they’ll hire at the same growth rate and trajectory,” says Jacob Zabkowicz, general manager of global RPO at Korn Ferry. In his field, attrition—which drove much of the frenzied volume of onboarding by companies hiring two to five times more heads annually—is decelerating. “It’s still going to be super busy this year, and all-hands-on-deck, but it won’t be as manic. Last year was just ‘go and do.’”

Some industries, such as automotive, have already slowed. Auto production lines have been shutting down as needed, largely due to the unavailability of semiconductors and other components. This has driven regular rounds of layoffs. Bradford Marion, global sector leader for automotive at Korn Ferry, says much of it is attributable to supply chain issues. “I don’t think it’s a bad thing,” he says. “Automotive companies have gotten very good at adjusting their cost structures to meet business conditions.”

Rather than uttering the word “freeze,” experts say, many companies are adding extra layers of circumspection, scrutiny, and review—to both open positions and candidates for them. Firms are weary of messaging whiplash. “They don’t want to announce a freeze when three weeks ago they couldn’t fill jobs,” says David Vied, global sector leader for Korn Ferry’s Medical Devices and Diagnostics practice. He says that clients are rejiggering the priority levels of open jobs; in particular, they are questioning roles that have been open for extended periods. “If you haven’t found someone you like in twelve months,” he asks, “do you really need that role?”