Elon Musk has promised to revamp the site. Could it become a new tool to find talent—or will it be a platform to avoid? 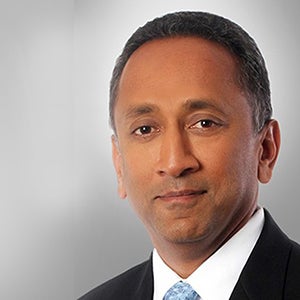 Until two weeks ago, Twitter might have been an afterthought for executives outside of tech or media. But put together the name Musk and $44 billion, and heads turn.

As a high-profile entrepreneur with grand visions, Elon Musk has a way of changing things. Depending on what changes to Twitter he makes over the next few months or years, the social platform could become considerably more useful to organizations, experts say, especially recruiters and marketers. How the changes are implemented, though, is critical. “Musk makes Twitter relevant again. It’s kind of cool, and we want to know what’s next,” says Zach Peikon, a principal in Korn Ferry’s Marketing Officers practice.

Musk has already talked about some changes he wants to make, and since he’s taking Twitter private, he should have a free hand to make them, says Tarun Inuganti, managing partner of Korn Ferry’s Global Technology Officers practice in North America. A new Twitter will come with some degree of risk, and experts say many executives might want to take a wait-and-see approach before making big commitments to a Twitter strategy. “By opening up for freer speech, that may change the perception of the platform and does it make it riskier for marketers,” asks Ann Vogl, a senior client partner in Korn Ferry’s Marketing Officers practice. Here are some thoughts on how the social media landscape could evolve to the benefit—or detriment—of executives and other corporate users.

A Place to Find New Talent

On the surface, Twitter might seem like a decent place for a firm to look for new talent. After all, its users often segment themselves into interest groups and, according to some surveys, at least 60 percent of job seekers use Twitter as part of their job search.

The problem is Twitter’s relatively small base of daily users. At 271 million, it’s lower than LinkedIn’s and nearly 80 percent smaller than Facebook’s. Instagram, TikTok, Snapchat, and a dozen other platforms around the world also dwarf Twitter’s user base. In addition, Twitter users are about 70 percent male and mostly college educated; nearly half are between the ages of 18 and 29. That’s fine for organizations that want to reach that demographic, but not so useful for others.

If Twitter could broaden its user base, however, it could become a source to mine for new employees. Meanwhile, some of the changes Musk wants, including increasing character limits from the current 280, could give users more freedom to showcase their work, skills, and experiences. “Any social media platform can be a talent-attraction platform if someone has made something relevant and shows they’re making some impact on an organization,” Vogl says.

Twitter actually has a commerce function, Vogl says, although it’s only been around since last summer and isn’t widely used. But while many brands advertise on Twitter, most rely on other social platforms, such as Facebook or Pinterest, to convert someone from a prospective customer into an actual buyer.

Longer tweets, more interactivity, and other innovations could enable companies using Twitter to sell products directly to consumers. Twitter could also make it easier for brands to tell users about specific products or link them to online storefronts.

Twitter’s algorithm now curates tweets according to the interests of users, but everyone’s experience is still based on the same ad-supported model. Musk might offer an an ad-free experience to users who pay a fee. Curation could go even further: for example, users could see tweets solely about a single sports team or clothing company, and nothing else.

That type of segmentation could excite organizations who want to speak directly to niche groups. Each of these smaller Twitters could make its users feel safer by insulating them from topics and speech they would rather not see. That in turn could offer more protection to a company's brands, Vogl says.

An Effective Megaphone to Reach Stakeholders

In this era, organizations are expected to take stands on issues and engage with stakeholders, says Peter McDermott, Korn Ferry senior client partner in the firm’s Corporate Affairs Center of Expertise. “That’s no longer a nice-to-have. It’s an expectation of leaders,” he says.

Twitter already has some built-in advantages. Users, even CEOs, can, if they are transparent and authentic, quickly build up relationships on the site, for example. Other platforms might be too extreme—too formal or too unprofessional. But current-day Twitter is often filled with hate-spewing, misinformation, and other takes. Many companies are loath to wade through all of that, so they opt for other channels. Experts say that a Twitter with defined, transparent, and enforced policies around speech could make a much more attractive outlet for corporate leaders who want to convey their thoughts to employees, customers, investors, and others.

A Bigger Cesspool to Avoid

Musk may like the idea of less content moderation, but that function has kept Twitter from being even more overrun by misinformation, pornography, and other forms of speech many find offensive. Experts worry that turning those filters off could create a social platform that becomes a series of online forums for conspiracy-peddling, hate speech and hoaxes. It’s all the more reason, experts say, to hold off on making any big Twitter-related commitments. “It just seems a bit risky, jumping into the fray now when you don’t know,” says Richard Marshall, global managing director of Korn Ferry’s Corporate Affairs Center of Expertise.