A major retailer makes a smart supply chain— and PR—move by stockpiling a breakfast favorite. 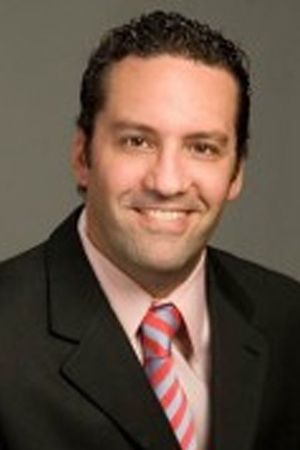 Workers fleeing in droves. Financial centers following. These and other concerns have government officials and business heads wringing their hands over the possible consequences of Brexit. But a major food chain has raised a concern that might loom bigger, at least come breakfast time.

We’re talking here, of course, about a shortage in bacon.

In recent news, UK bakery chain Greggs said it is stockpiling the country’s adorned staple to ensure its customers won’t go hungry for rashers after the country’s scheduled EU leave date of October 31. The company, whose 2,000 UK outlets outnumber even McDonalds in the county, is making the move while also hoarding tuna and outsourcing some cheeses. But it is bacon and pork—consumed 50% more than beef in the UK—that will catch most eyes.

Which may be part of the point. Such supply chain management is of course crucial to the food business—but also good public relations, explains Mary Macleod, a senior client partner for Korn Ferry’s Board and CEO Services practice. “It’s a chance to say to the customers we’re still there for you,” she says.

Business disaster preparedness and good marketing go hand in hand. Savvy business leaders have already been working to ensure uninterrupted operations no matter whether there is an EU-UK deal or not, says Macleod. But by publicizing the precautionary measures it has taken, Greggs is also helping garner some favorable publicity at a moment of high public anxiety. “By saying something now, they are getting more coverage,” she says. “And they are also using that to reassure customers that they’ll be there for you whatever happens.”

Greggs’s bacon play coincides with a global concern over pork scarcity. China, by far the world’s largest pork producer, is afflicted with swine fever, meaning that a large portion of the hog herd is unfit for human consumption.

But stockpiling food will only be a temporary panacea, says Pablo Golfari, Korn Ferry’s sector leader in agriculture. “It is a way to survive the short term,” he says. A no-deal Brexit will likely have the initial effect of disrupting the supply of imported food and sending prices higher for consumers, he says. But then after the temporary hiccup, all the supply chains need to be replaced. “You have to rebuild everything,” he says.

While switching around suppliers and supply chains is easy to announce, it isn’t necessarily simple in practice, Golfari says. Companies like Greggs would need to establish new relationships with farmers and merchants, which will require people with deep knowledge of agricultural markets and lots of creativity when looking for new suppliers. “They’ll have to be agile and look outside the usual channels.”

Lack of certainty about the size of the harvest has been the norm for thousands of years. Generally, that is a cyclical phenomenon that is also affected by the weather. But this time the food supply insecurity is man-made, Golfari says. And that makes forecasting how things will turn out even harder. “What we can predict is that there won’t be any certainty in the product supply,” he says. Or put another way, abnormal and uncertain will be the new normal when it comes to Britain’s food, at least for a while.

To be sure, it’s still possible Britain never will leave the EU and then there won’t be any interruption in the food supply. But that doesn’t mean the effects of Brexit planning won’t be long-lasting. Changes made to supply chains may last a long time, says Peter Cave-Gibbs, a Korn Ferry senior client partner for global technology. For instance, Greggs says that for now, it is dropping non-UK sourced cheese. But will it ever resume buying that from abroad even if Brexit never happens? “Potentially, some of the disruptions are permanent,” he says. “There will be losers on both sides of this change.”