Verizon Dials in on the Customer

In a nod to the critical importance of fast digital service, the wireless carrier is restructuring its business units around customer segments. 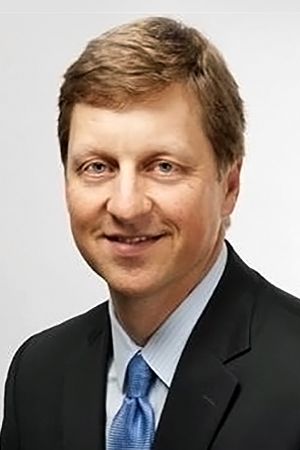 It’s almost an American tradition to complain about phone company service. But Verizon’s new CEO has decided on an organizational restructuring that shows just how critically important the customer has become in today’s digitally dominated world.

The company announced this week that instead of centering the reorganization around business units—as most reorgs go—the new one will be around three distinct consumer groups: Consumer, Business, and Media. It’s the clearest example yet of leadership responding to today’s consumer-centric needs for hyper-fast service and attention.

In Verizon’s case, that means finding a structure to best deploy its 5G technology faster and more efficiently. “They are emphasizing connectivity,” says Ron Seifert, a senior client partner with Korn Ferry.

The changes will take effect at the beginning of next year. In a statement announcing the reorganization, Hans Vestberg, who started his tenure as CEO with Verizon in August, said, “This new structure reflects a clear strategy that starts with Verizon’s customers. We’re focused on how our technology can benefit customers’ lives and society at large.”

In terms of size, Verizon’s wireless business is by far its largest, accounting for roughly two-thirds of its revenue. But, obviously, the products consumers buy and services they need are different than that of businesses. “The user in this reorganization is the buyer, whether that be a person or a business or a government agency. The buying patterns are different for each,” says Seifert. “Consumers want to know if the latest smartphone is available; businesses want to know how technology can be bundled and deployed.”

Getting closer to the customer is one of the digital era’s new corporate mantras. The user experience in digital is directly related to customer data—the more of it a company has, the better able it is to personalize products and services. Moreover, with smartphones putting the world at the fingertips of 7 billion people worldwide, consumers have come to expect instant gratification from their service providers.

For telecommunications companies like Verizon, which ranks as the largest wireless carrier in the United States and the second-largest in the world with its 156 million subscribers, an extra second of buffering on a YouTube video could result in lost customers. Reliability, speed, and ease of use are the telecommunications trifecta for a great user experience. They also serve as differentiating factors among carriers who are increasingly undercutting each other on price.

Still, as many organizations have learned the hard way, reorganizations don’t automatically produce better business outcomes. In fact, it isn’t uncommon for organizations to get caught in an endless cycle of reorganizations that fail to live up to the promise, in part because of the leadership changes that go along with them. Or, as Seifert notes, “The most difficult part of any reorganization is doing the work to create team alignment and reset the culture to break the silos that exist.”