Even as the nation honors its veterans, a new study shows that they may not be getting the professional respect they deserve in civilian jobs. 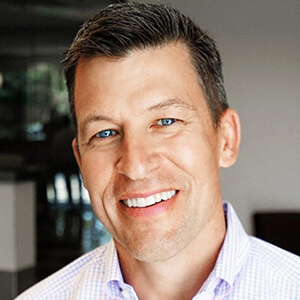 As Veterans Day fast approaches, the biggest problem military veterans face when entering the workforce is not getting a job. It’s getting the right job. And the reason for that, based on a new study, could be due to unconscious bias.

Researchers found that recruiters, hiring managers, and others viewed veterans as lacking emotional intelligence, creativity, and interpersonal and other social skills. Conversely, they were perceived as rigid, process-oriented, and efficient. The joint study among researchers at three separate universities comprised tests and experiments with roughly 3,000 participants.

The new research parallels a 2017 Korn Ferry study where nearly 70% of professionals surveyed said their own organizations don’t train hiring managers on veteran-specific hiring practices, and more than 60% don’t have onboarding or transition support for veteran hires. “Being typecast as robotic rule followers with a lack of understanding of workplace norms is a critical issue that veterans face in their transition to civilian life,” says David Bakkeby, sector leader for the new Transitioning Military practice at Korn Ferry. He says the high level of conscientiousness ingrained in veterans during their military training often leads to them being viewed in the civilian world as too serious or too intense.

That skewed view can have a dramatic impact on their ability to not only get but also retain jobs. To be sure, the jobless rate among US military veterans has been steadily declining in recent years—no doubt the result of companies like Amazon, Starbucks, Uber, and others pledging to hire thousands of veterans. At the same time, however, research shows that 43% of veterans leave their first civilian job within their first year, and 80% leave before the end of their second year, citing a lack of opportunity for career advancement and personal development.

The study noted one experiment, for example, where managers at a restaurant chain compared the skills and qualifications of veterans to those of civilians. The managers tended to funnel the veterans toward kitchen or other behind-the-house functions and the civilians into more customer-focused service roles. While correlation is not causation, it’s not illogical to reason that the way the managers’ typecasted veterans relates to why veterans have trouble keeping the jobs they get.

How veterans are perceived by recruiters and hiring managers takes on even greater importance when considering that most jobs of the future will rely on precisely those skills that veterans are believed to lack. As many jobs succumb to automation, the future of work and the success of workers will hinge on such skills as people management, emotional intelligence, and creativity. Lieutenant General (retired) Bill Mayville, a member of Korn Ferry’s Cybersecurity practice and a former Director of Operations for the Chairman of the Joint Chiefs of Staff, among other high-level roles, says that not only are those skills discounted in veterans, but so too are the high levels of agility many of them possess.

“A soldier does something new every day. They are taught how to learn and trained to adapt,” says Mayville. “They are great team builders who can think outside the box, but also get results working inside the box with limited resources and a finite amount of time.”