Why ‘Act Your Wage’ Is Scary

Leaders believe more employees are balking at taking on added work without more pay. Could this become a widespread issue? 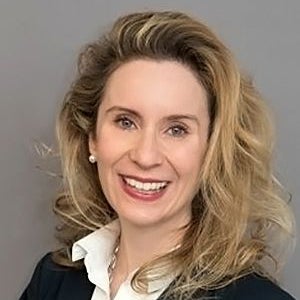 It’s an expression that has been floating around for months, often used by younger workers who feel they’re not getting rewarded for doing far more work than they bargained for. Now that phrase, “act your wage,” has reached the ears of managers up and down the corporate ladder. Some leaders fear they’re facing one of two serious problems. Either they’ll have to pay significantly more money to prod scores of employees into taking on new assignments or—perhaps worse—a legion of unambitious workers is unwilling to put in efforts to advance themselves and, by extension, their organizations.

Nearly half of HR employees said their organization has struggled to motivate employees to work beyond the required scope of their jobs during the past six months, according to a survey late last year by the Society for Human Resource Management. And in a recent poll by the software firm Qualtrics, 36% of workers and managers said their career ambitions had waned over the past three years, compared with 22% who said the opposite.

Experts say that leaders shouldn’t be panicking—yet. There’s no data showing that workers en masse will refuse new duties without financial compensation. But that doesn’t mean leaders should ignore this possible signal that employees aren’t as engaged by their work as they could be. “If organizations are heading into another period where there’s likely to be continued disruptions and challenges, a time when they’ll need extra efforts of motivated people, then now is not a good time for that reservoir to be showing leaks,” says Mark Royal, a senior client partner at Korn Ferry.

Companies across a variety of industries have already raised pay significantly during the Great Resignation, typically to recruit new talent or keep existing workers from being tempted by another employer’s higher wages. Average US hourly earnings are up about 5% over the past twelve months. More mass raises likely would cut into organizations’ productivity.

To some degree, leaders’ worries about “act your wage” are an extension of their fears when the term “quiet quitting” surfaced last summer. Back then, a viral TikTok video defined quiet quitting as “still performing your duties but... no longer subscribing to the hustle-culture mentality that work has to be your life.” This message resonated with many younger workers and set off fears among their bosses that a whole generation of employees was unwilling to go above and beyond their specific work duties.

Some higher-level employees feel there’s some merit in not taking on extra assignments. “Unrelenting long hours with little recognition and pay not keeping up with inflation? No thanks,” says Andrés Tapia, Korn Ferry’s global strategist for diversity, equity, and inclusion.

Today’s inflationary environment might be playing a factor in how workers are feeling; it’s also making their apparent disengagement particularly worrisome to some employers. If employees are feeling pressure from more expensive rent, healthcare, and food costs, employers fear having to increase expenses so much that they erode profit margins or make it necessary to raise prices, says Maria Amato, a Korn Ferry senior client partner specializing in employee engagement and productivity.

But experts caution that just throwing more pay at workers isn’t likely to resolve their feelings of being overworked or underrecognized. “Compensation tends to be very important to attraction, but not a great motivator of employees,” Amato says.

A more effective approach might be to sustain the empathy and flexibility that many organizations showed workers during the worst parts of the COVID-19 pandemic, Royal says. “There might be some organizational weariness, given the need for productivity, but leaders would be ill advised to stop that now,” he says. Another approach: managers can show appreciation to workers for doing their jobs well. Don’t be afraid to try other tactics to make employees feel valued and create a sense of shared purpose, Amato says. She notes that one company brought in food trucks to the office once a month; employees loved the gesture. “Clients are surprised to find what employees really care about,” Amato says.