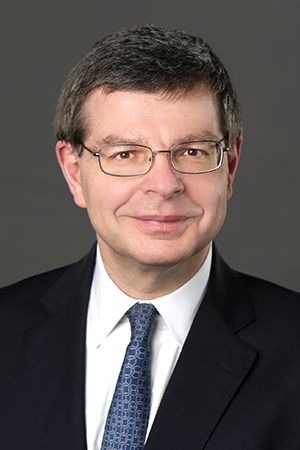 Before Korn Ferry, Mr. Truc worked for a major automobile manufacturer, where he was Head of Executive Recruiting & Strategic Projects. He brings over 20 years of diverse industry and consulting experience in North America, Europe and Asia, managing strong relationships with Fortune 500, privately held and equity-backed companies.

Previously, Mr. Truc worked for a global executive recruiting firm, and prior to that served as Vice President and General Manager with Magna International, where he developed the company's entry strategy into automotive electronics and later managed its operations in North America and Asia.

Earlier in his career, Mr. Truc spent nearly a decade at Booz Allen Hamilton as Vice President in the Automotive Practice, focusing on innovation process improvements, large-scale transformation and expansion strategies for clients around the world.

Mr. Truc earned a B.S. in mathematics, physics and chemistry and a B.A. from "cole Sup�rieure de Commerce de Paris as well as an M.B.A., with distinction, from The Wharton School of the University of Pennsylvania. He is bilingual in French and English and has working knowledge of German.