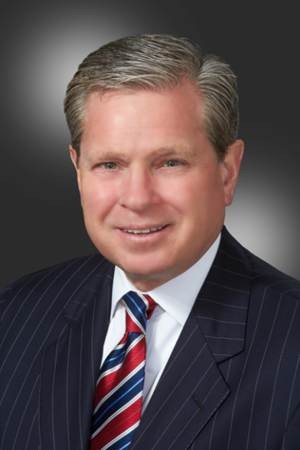 Gerry McNamara is Vice Chairman of Korn Ferry’s Technology Officers Practice. For over two decades Gerry has served clients in the leadership and talent development arena across a wide range of technology and cyber solutions.

Based in New York and Charlotte, NC Gerry partners with a wide range of clients across multiple industries to include financial services, consumer, healthcare, technology & services.  His expertise is in understanding the needs of his clients to recruit, assess and develop world-class technology, cyber security and operations executives to solve business problems and lead transformational change.

Prior to joining Korn Ferry, Gerry spent 18 years with a leading executive search firm where he held multiple leadership roles including leading the Global Information Officers Practice and also serving as an Office Managing Partner.

Earlier in his career, Gerry McNamara spent over 15 years in information technology with IBM, where he held several high-level sales, marketing, service and operations positions.  Gerry brings to Korn Ferry an in-depth understanding of management and leadership anchored in his experience within the technology, cyber security and operations arena, which began in 1981.

Before embarking on a corporate career, Gerry served as a Signals Officer and held the rank of Captain in the United States Marine Corps.

Gerry holds a master's degree in human resources management from Pepperdine University, and a bachelor's degree from Mt. St. Mary's University. He is also a graduate of the U.S. Marine Corps Officer Candidate School.  Recently, Gerry completed a program on Executive Leadership at Harvard Business School.

For his expertise in information technology, cyber security and operations leadership, Gerry is frequently quoted in industry trade publications including CIO magazine, the Wall Street Journal, Forbes and CIO Decision.

Gerry is a surviving passenger of US Airways Flight 1549 which made an emergency landing on New York’s Hudson River on 15 January 2009.  He is frequently called upon to speak to leadership teams about his personal experience during the crisis and the successful rescue of all aboard.

Gerry holds dual citizenship in both the United States of America and the Republic of Ireland, part of the European Union.