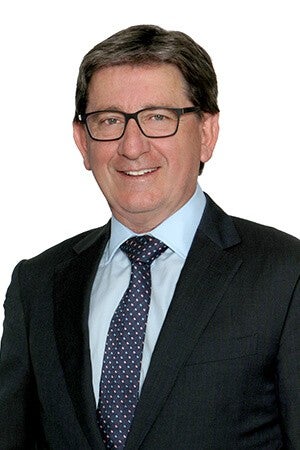 Mr. Graeme Bricknell is Head of Global Financial Services Australasia based in the Sydney office of Korn Ferry.

Mr. Bricknell leverages over 20 years of experience in the financial services industry, which includes a number of distinguished posts at major banks in Australasia.

Prior to joining Korn Ferry, Mr. Bricknell spent 17 years with the HSBC Group, the last eight as a member of its Executive and ALCO committees as Head of its Global Markets business for Australia and New Zealand, where he was responsible for managing the bank's treasury function and its foreign exchange, rates and derivatives trading and associated risk management sales activities.

Mr. Bricknell joined HSBC in 1989 in New Zealand. He became Treasurer for HSBC in 1996 before moving to Australia in 1998.

Prior to joining the HSBC Group, Mr. Bricknell held a number of roles in the financial markets at NZI Bank Limited and Bank of New Zealand.

Mr. Bricknell holds a Diploma of Financial Services from the Australian Financial Markets Association (AFMA) and is a Certified Finance and Treasury Professional (CFTP).