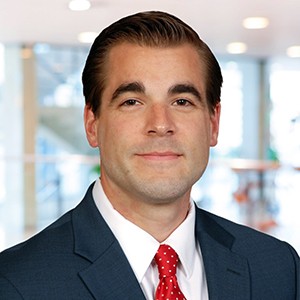 Mark is recognized for his superior management of engagements with manufacturing, engineering, and services companies, with a focus on commercial, defense, and specialty industrial lines of business.

Mark has conducted multiple executive search assignments within the public and private marketplace, including private equity and venture capital backed, encompassing many functions of the executive suite. Mark focuses on both preserving and advancing culture, which he feels is imperative for his clients to attain continued success in an ever-evolving competition for talent.

Prior to joining Korn Ferry, Mark was a Managing Director and Partner in several other search firms headquartered in the United States. He leverages robust experience across all varieties of integrator, product, sub-system, and component manufacturers in high-mix production environments.

Before entering executive search, Mark was commissioned as a U.S. Navy Surface Warfare Officer, where he deployed world-wide and served on multiple warships. Selected military specialties of his include Aegis BMD, Gas Turbine Engineering, AT/FP, and Expeditionary Warfare.

Mark holds a Bachelor’s of Science in Management & Technology from the Lally School of Business at Rensselaer Polytechnic Institute in Troy, New York, where he received a NROTC scholarship. In his spare time, he volunteers with The Honor Foundation and the Employer Support of the Guard and Reserve, who promote cooperation between civilian employers and the military. He resides in San Diego, California with his wife and 3 children.