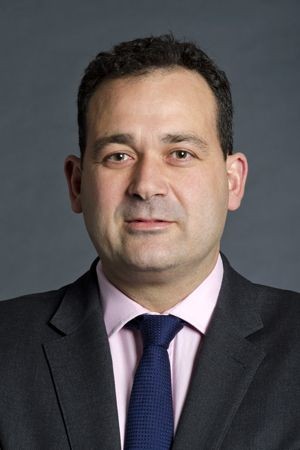 Mr. Smith is responsible for the firm's European Alternative Investments Practice. He joined Korn Ferry in February 2014 from another global search firm, where he was Co-Global Head of the Hedge Fund Practice from 2002 to Feb 2014.

Previously Mr. Smith worked at a leading Financial Services boutique, where he spent 7 years as a Consultant covering Capital Markets and Investment Banking.

Over the last 12 years Mr. Smith has focused on working with a hedge fund and Alternative Investments client base and has recruited CEOs, traders, risk managers, fund-raisers and analysts for funds across a range of strategies. In the fixed income arena these have included relative value, distressed debt and commodities and within equities, long-short and event-driven funds. Mr. Smith has also worked with some of the leading hedge fund allocator, including Fund of Funds, Family Offices, Pension Plans and Sovereign Wealth Funds.

Mr. Smith is half English and French and in 1994 graduated with a BSc Joint Honours in International Management Science with French at Manchester University (UMIST), after which he was accepted at Fidelity Investments on to their year-long graduate training scheme, which he completed before deciding to switch career paths and become a recruiter.