As the market has tanked, so have stock options for many top executives. Will retention become an issue for boards to consider? 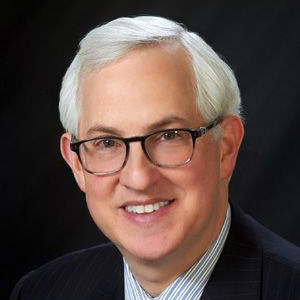 Patience only lasts so long—and for executives who have watched the stock-market swoon devalue their options, it may be running out.

With everything from inflation to wars making investors nervous, the stock market has fallen about 20% for the first half of the year. Most analysts see little daylight ahead in the coming months, especially for executives hoping for strong payoffs in stock options—contracts to buy company stock at a set price by a future date. Without a strong rebound, many options will be worthless, creating potential retention issues directors must consider. “When options are underwater and the executive doesn’t perceive much value there, the retention incentive is lessened and the threat of departure is greater,” says Wayne Guay, a professor of accounting at the University of Pennsylvania’s Wharton School.

Options make up about 20%—the smallest part, but still a significant one—of most executive-compensation packages. In the hope that share prices will recover, most boards thus far have not adjusted the structure of these packages. It’s a move endorsed by Irv Becker, vice chairman of Korn Ferry’s Executive Pay and Governance business. But with markets expected to get even worse before they get better, plus a still-hot recruiting environment for top-tier talent, boards may have to take decisive action to keep executives from leaving. “A prolonged stock-market decline that erodes value further could create a lot of free agents,” says Becker.

In its worst performance since 1970, the market has officially moved into bear territory. During the second quarter, the tech-heavy Nasdaq suffered its worst quarterly decline in 14 years. But those averages mask the declines of many other companies whose share prices soared in 2020 and 2021, only to plummet 40% or more this year.

An option is said to be “underwater” when the cost to purchase it is higher than its current stock price. In past recessions—the dot-com bubble of 2000, say, or the financial crisis of 2008—executives with so-called underwater options had an incentive to change jobs and get new equity at fair market value. But Becker says boards have wised up to that risk over the last decade. They’ve shifted incentive plans away from options toward a more diversified portfolio approach that offers guaranteed-value incentives such as restricted stock grants. “Compensation committees learned that being all-in on options left them with no holding power for retention if prices went down,” Becker says.

As the economic news continues to get worse, many directors say they aren’t expecting the kind of mass exodus of top talent that occurred during the early stages of the so-called Great Resignation. “Turnover during this downturn is less of a concern because there is no obvious reason why an executive could obtain higher compensation elsewhere,” says Guay.

Still, the practice of granting options remains prevalent at many firms, and the huge pullback in some companies’ share prices reduces the likelihood that options granted over the past two years will be worth anything anytime soon. For decades, companies commonly repriced options during downturns to get executives back in the money, but that approach is no longer viable amid the growing outcry overpay disparity between executives and the average worker. What’s more, repricing options during a bear market would almost certainly be criticized by the major shareholder advisory firms that recommend how investors should vote in board-director elections and other proxy issues.

Heading into the second half of the year, boards should keep an eye on the market for its potential impact on the retention of top executives, says David Vied, global sector leader for Korn Ferry’s Medical Devices and Diagnostics practice. “If someone is hanging in there because they had money on that table, now they don’t have that money on the table,” says Vied.