The Tide Against Innovation 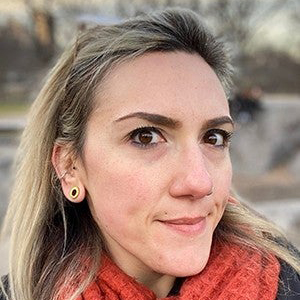 On paper, going cashless makes sense. The economy, after all, is becoming increasingly digitized, so why not have a digitized transaction system to go with it? Yet local governments are starting to put the kibosh on all-cashless stores, as critics argue that this innovation discriminates against marginalized groups without access to banking institutions.

Certainly, the global pandemic has shifted government focus, but few doubt that Big Tech has a lingering if not big issue to deal with ahead.Name an innovation—facial recognition, drone deliveries, even neural links—and you can probably find some advocacy group or government raising a stink about its use. All of which is putting tech leaders in an increasingly tighter spot, experts say. In the past, they could focus on developing their innovation—and just their innovation, critics be damned. But now, as the cashless backlash shows, they also have to answer for it.

“There’s a real inability to hide,” says innovation expert Rita Gunther McGrath, the author of The End of Competitive Advantage and a professor at Columbia Business School. “The idea that you can control the message is something CEOs need to let go of, because they can’t.”

In other words, companies can no longer expect to assuage public concerns with carefully curated, yet questionably vague, messaging. Nor can they take the risk of ignoring public criticism altogether—a tactic that one big-box-chain CEO admitted “didn’t really work.” Big Tech, after all, is well past the nascent days of social media and fun smartphone apps. “Tech was a sector of the economy that was unusual. Now, it’s the fabric of our future,” says Geoffrey Moore, the author of Zone to Win: Organizing to Compete in an Age of Disruption.

The biggest concern, of course, surrounds all the privacy data these emerging technologies get hold of—and the murky way it is stored, used, and protected. Concerns about class divisions, with the rich getting all the new tools, are bubbling up. And then there’s the never-ending specter of hacking—the most recent involving a client list reportedly lifted from a New York–based facial-recognition firm that works with the police. “Part of the negativity around a lot of these digital technologies is that they’re being treated as if they’re not life-and-death technologies,” says McGrath. “But in reality, they are.”

To be fair, tech leaders aren’t psychics. Oftentimes, they themselves don’t understand the implications of what they’ve created, experts say. But this doesn’t mean the criticism is impossible to predict. “Businesses tend to assume innovation is always a good thing, but that’s not necessarily the case,” says Signe Spencer, a client research partner at the Korn Ferry Institute. “There are always losers in innovation.”

Experts say companies must pull back on their excitement and start scrutinizing their inventions much the way the public does. (To some extent, at least in the case of facial recognition, some tech giants are now pushing for regulation of the technology.) “And if they work to minimize the risks before the invention goes public, leaders will be better prepared for the backlash, if not anticipate it,” says Richard Marshall, global managing director of Korn Ferry’s Corporate Affairs practice. Mitigating those potential concerns, he says, means looking at risk factors holistically from the inside and taking stock of all the possible stakeholders, from customers to regulators.

All of this boils down to one important buzzword: transparency. As more and more consumers judge companies by their values and social good, more leaders will have to start peeling back the curtains—even if that means a little bit of embarrassment—in order to build trust with stakeholders. And that trust will get them far; according to research from the Korn Ferry Institute, leaders of highly transformational companies with larger growth rates score 21 percent higher on the trust scale. What’s more, the most transformational companies that are values-driven score 28 percent above average on public corporate social responsibility indices.

“If you can acknowledge what could go wrong and what you’re going to do about them,” says Spencer, “you’re on the safer side.”