Why Is Black Talent ‘Opting Out’ of Corporate America?

Talented but frustrated Black executives are leaving big firms at an alarming rate. Will recent tensions force companies to create better career paths for them?

Micae Brown seemed to be on her way to greater things. As the national business development manager for a major city newspaper, she conceptualized and hosted a video series called “Minority Report” that showcased the city’s entrepreneurs and leaders of color. In short order, the five-minute video series became one of the two most watched for the daily paper, generating not only clicks but also much–needed advertising and sponsorship revenue.

So two years into the project, she decided to pitch her managers and executives at the paper on a more expansive production. The response? They passed, citing a variety of expense issues. Frustrated, she left. “It was clear that I wasn’t going to grow and develop there,” says Brown.

Undeterred, she went on to find greater things—just not in the corporate world. She put together a bunch of freelance side hustles and turned them into her main hustle. She relaunched her series under a new name, “The Micae Brown Report,” began hosting an urban business roundtable talk show on a local radio station, and set up a sales agency. “I got one contracting assignment and then another, and then I was project managing,” says Brown five years later.

The public outcry that started when George Floyd died under police custody this spring may have jolted corporate leaders into admitting how widespread racism at companies remains. But while CEOs were putting out statements and creating more chief diversity officers, experts say any real change faces a simple but critical hurdle: convincing top Black executives to stay onboard. Indeed, by nearly all accounts, too many have looked at their opportunities, seen racism, and decided to opt out of the corporate world for more solo opportunities.

“A lot of Black talent doesn’t feel valued by corporate America, so they are saying, ‘Screw them, I’m better off on my own,’” says JT Saunders, a senior consultant with Korn Ferry’s Diversity and Inclusion practice. “It’s a trend that has to stop.” 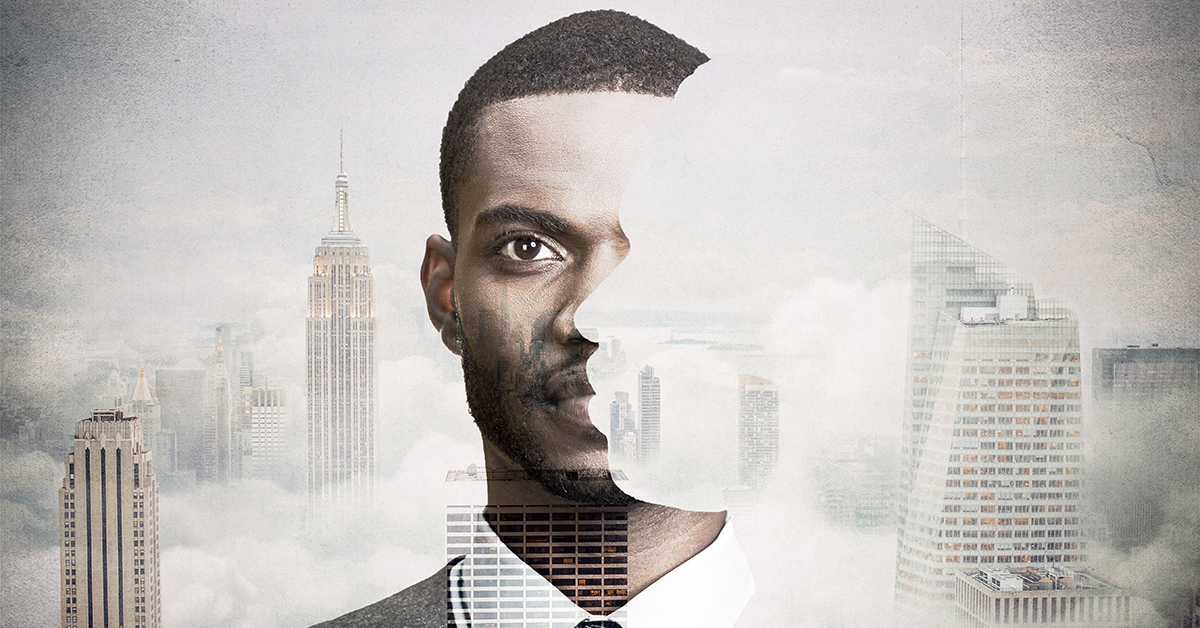 That won’t be easy, given the stubborn lack of progress firms have with diversity. At current count, there are only four Black CEOs leading Fortune 500 firms, and as of 2019, fewer than 10 percent of the most senior P&L leaders in the Fortune 500 were Black. Yet Blacks are getting advanced degrees at a higher rate than ever before. More than 2 million Black Americans aged 25 or older currently have advanced degrees. Instead of converging (because more Blacks with advanced degrees should equate to more representation in executive positions), the numbers are diverging.

For their part, businesses know full well the trend is both highly unfortunate and highly unprofitable. Numerous studies show that a diverse and inclusive leadership team and labor force can mean everything from increased customer bases to greater innovations. And that, according to those studies, can improve financial performance by as much as 30 percent.

But the question remains the same: Can corporations create a truly inclusive environment that makes Black talent feel like the traditional corporate path is a real and compelling option? “There’s been progress, but it isn’t keeping pace with the reality of what we need,” says Saunders. “Especially now.”

For all the progress organizations have made to advance Black talent—which is indeed significant—many of the barriers that exist today existed 10, 20, even 30 years ago. It’s no secret that discrimination and others’ unconscious biases have been an overwhelming roadblock for Black professionals hoping to advance into leadership positions. Not unlike in the past, Black workers today say companies lack enough role models, mentors, and sponsors within and outside the organization to cause change. What’s more, outdated org charts and weak training programs leave many feeling trapped—and as if job performance doesn’t matter.

Jamal Jackson, a Chicago lawyer, for example, says he knew upon entering college that he wanted to practice corporate law. He interned at law firms throughout college and eventually graduated with a combined MBA/JD in 2012—but passed on trying any big-name firm. Too often, he said, large firms put new associates behind a desk with little client interaction. His limited experiences were enough for him to realize that he didn’t want to work in a big-name firm. “You don’t control the mechanics of the relationship,” he says. “The expectation is that you sit back and observe and play the game, and at some point in the future you will have your time.”

For Jackson, that didn’t fly. After watching his mother, who passed away at age 44, work jobs she didn’t want for most of her life, he wasn’t about to do the same. He started his own firm, Jackson Corporate Law, which grew into a success, advising firms from start-ups to organizations with up to $50 million in revenue on tax issues, mergers and acquisitions, commercial litigation, intellectual property, and more. 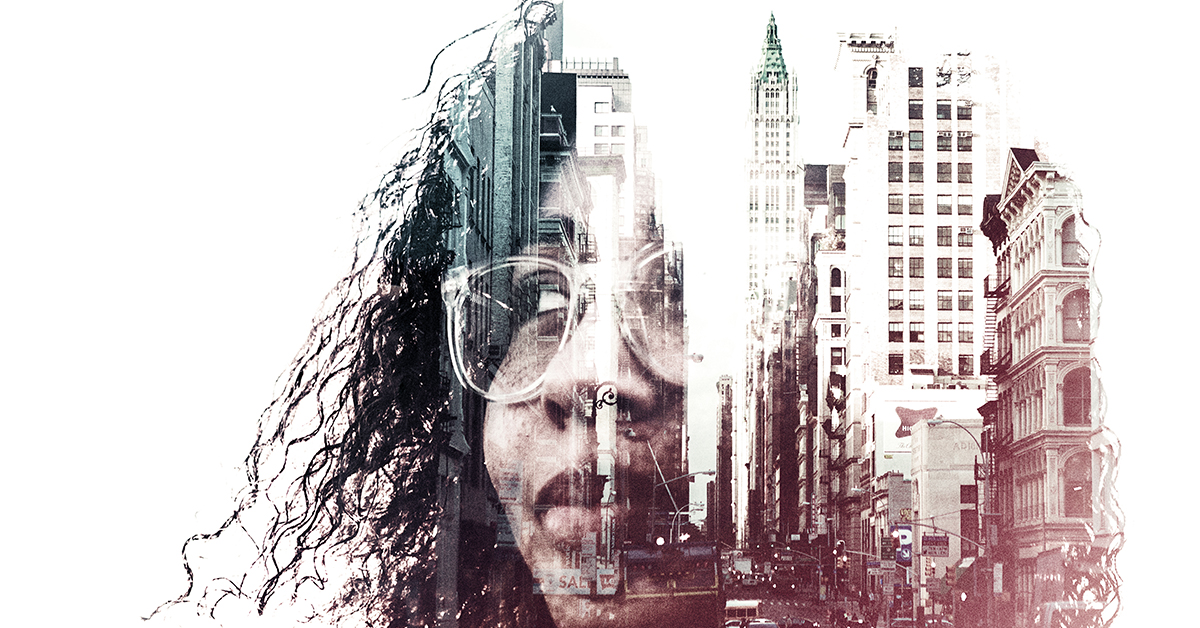 Jackson’s view of corporate life is not uncommon among the younger generation of Black talent, who feel that traditional career routes are not only no longer stable but also a direct contradiction to their ethos of wanting purpose and inspiration from their work. Moreover, while older generations of Black talent may have felt they had fewer options, in today’s start-up and digital-enabled entrepreneur environment, more options are available to younger talent to advance their career goals without sacrificing their cultural identity.

“To this newer generation of Black talent, going corporate means giving a larger entity control over their experiences, salaries, and advancement,” says Andrés Tapia, a Korn Ferry senior client partner who is a diversity and inclusion strategist. “The more engaging thing for them to do is to leverage their knowledge, experience, capital, and relationships to create their own businesses.”

Chasity M. Williams is doing just that. Williams left the corporate world after 15 years working in tech leadership positions for Microsoft, Xerox, and others, recently graduating with an Executive MBA from Northwestern University’s Kellogg School of Management. Instead of continuing her pursuit up the corporate ladder, she decided to launch a new tech venture, Collective Intelligentsia Inc., which uses artificial and collective intelligence to empower individuals to think smarter, faster.

While Williams concedes the move is risky, she says it’s the right one for her. To illustrate her point, she compares enterprise software to consumer tech, saying that over the last few decades the former category has been mostly about minimizing risk, while the latter has embraced change and innovation. “I had to ask myself, do I really want to continue to target corporate executive leadership positions? Or should I leverage my skills to drive innovation through entrepreneurship?” Williams says.

Global market opportunities also played a role in Williams’s decision. “We are the CEOs of our lives, and just as corporations take advantage of market conditions to thrive, people should, too,” says Williams. She says the gig economy, work-life integration, the rise in cultural consciousness, and a more connected global society helped change her thinking about her career. “Entrepreneurship is a great medium in which we can use our skills to create unique market value, build sustainably profitable businesses, cultivate a more inclusive culture, and drive wealth equality,” says Williams. 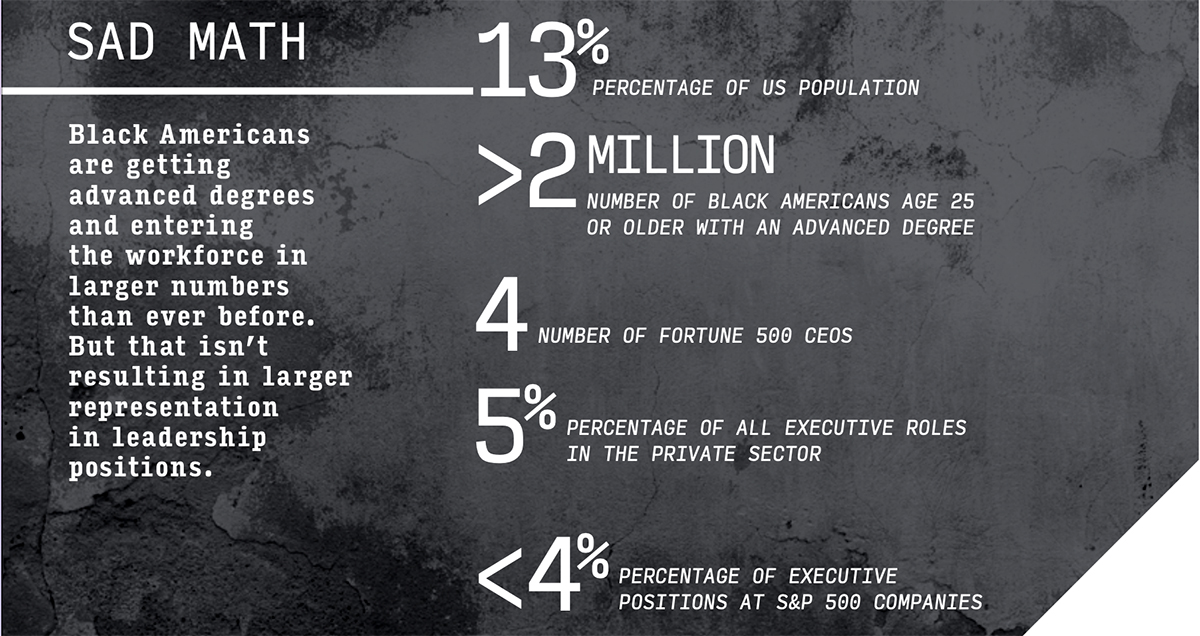 The common thread running through the experiences of Brown, Jackson, and Williams—and many others—is that they all began their careers in professional firms or corporations. It was the organizations that lost them along the way. “Many Black professionals see success in a corporate setting as a crapshoot,” says Jesse Tyson, the recently retired president and CEO of the National Black MBA Association, which has more than 14,000 members split evenly between students getting MBA degrees and working professionals who already have them. “Lately, we are seeing a growing trend toward entrepreneurship over corporate life.”

Louis Montgomery Jr., leader of Korn Ferry’s Human Resources and Diversity Officers Professional Search practice, likens the opting-out trend to Black self-help. “Because of 100 years of discrimination, from the end of the Civil War through the Civil Rights Era, due to necessity Blacks were forced to develop a strong entrepreneurial culture,” he says. “In some ways, this is a return to that period.”

If there is any good news to take from the trend, Tyson says it is that it could help advance Black talent who continue to pursue corporate careers as the pool gets smaller. “But not without some serious intervention from the top,” he says. Indeed, building a pipeline of Black leadership talent isn’t just about getting them in the door, it’s about keeping them engaged and motivated once they are inside, experts say. Montgomery says organizations still need help creating deeper, more sustainable connections to their diversity and inclusion efforts so that Black talent feel more inspired and empowered. Some of that begins with more formal mentorship and sponsorship programs, as well as better individualized development programs.

But the most important thing organizations can do, particularly against the backdrop of the corporate world’s reckoning with racism, is to develop a culture of purpose and “actionable inclusion” that focuses on creating positive emotional experiences for both employees and customers—which in turn will lead to better engagement, financial performance, and growth. “It is all-consuming to live in a corporate context where you feel that your capability is always in question,” says Saunders.

By acknowledging the impact of cultural headwinds on Black talent, Saunders says leaders can gain the right context to develop strategic diversity and inclusion plans that go beyond employee resource groups, unconscious-bias training, and diverse recruiting slates. It’s what’s needed if this moment of unrest is to mark a tipping point for change. “Otherwise,” says Saunders, “it’s just another fleeting moment that will pass.”