Much Ado About Nothing

The latest antidote to doing too much is to do nil. One overachiever shows how it’s done.

On a Sunday morning, after pancakes and coffee and more coffee, I set out from my home 9,000 feet up in the Colorado Rockies, bringing with me only an empty backpack. No GPS-tracking watch, no map, no phone, no picnic, no book—no plan. Common sense says to leave an itinerary on the kitchen table when hiking solo, in case of emergency. My itinerary is blank.

Because my plan is an anti-plan: bushwhack into the woods at the edge of town, maybe walk a game trail, probably end up staring at a bed of moss or a spider web for a couple of hours, hunker in a thicket and listen to little chirping birds until I’ve entirely forgotten that I’m listening. Gonna do nothing, do the place, stop doing, stop scheming, get bored, get lost—and maybe found.

Big Pharma, Big Ag, Big … Wellness? The Florida-based nonprofit Global Wellness Institute estimates that a $121 billion-a-year industry has arisen to meet the needs of a populace addicted to busyness and productivity. That includes everything from sleep ($49.5 billion) to self-improvement ($33.6 billion) to meditation ($2.9 billion). Increasingly, chilling out is bottled and sold in mindfulness apps, catchy book titles, expensive detox regimens, and boutique resorts and retreats. But as many people are coming to realize—burned-out executives very much included—these anxiety-relieving antidotes still involve a sneaky kind of doing, an insidious kind of striving. That’s where the practice of just wandering in the woods for long stretches of solitude comes in. You can’t hurry your way to slowness or buy your way to aliveness. The most reliable tool, it turns out, is the regular practice of enduring the uncomfortable and awkward act of just being. No strings attached.

“You can’t hurry your way to slowness or buy your way to aliveness. The most reliable tool, it turns out, is the regular practice of enduring the uncomfortable and awkward act of just being.”

In the case of my Sunday micro-excursions, which I have been doing since my teens, you only need a cushion (the empty backpack) and a willingness to sit, to adventure into aimlessness, to experiment with wu wei. It’s an idea (nay, an ideal) that is hardly new, dating back to ancient Chinese poets, who balanced their ambitious careers as movers and shakers with contemplative retreats. In between stretches of high-stakes wheeling and dealing, they would escape to the countryside to gaze at a forested slope’s thousand shades of green, to sip just enough wine to drift away with the wispy clouds, to temporarily inhabit the spaces underneath their thoughts, where poetry resides. According to translator and scholar David Hinton, wu wei is a concept that defies encapsulation but basically points toward acting spontaneously, without “self-conscious intention.”

I’m not a natural wu wei master. On the contrary, I’m a scrappy, scroungy, perpetual hustler. At the close of a bleary-eyed week of laptop jockeying and deadline wrangling, I usually set the alarm for 4:30 a.m. on Saturday, then “relax” by climbing 13,000-foot peaks. As a teen, I got into backpacking, a pastime that requires a love of suffering. When I began to dabble in wu wei a few years later, on the hunch that it also would open me to new, exciting vistas, I drew on my experience as a long-distance trekker to persevere. At first, twiddling my thumbs in the woods was tougher than a stern uphill with a 50-pound load hugging my spine. It still is, on occasion. 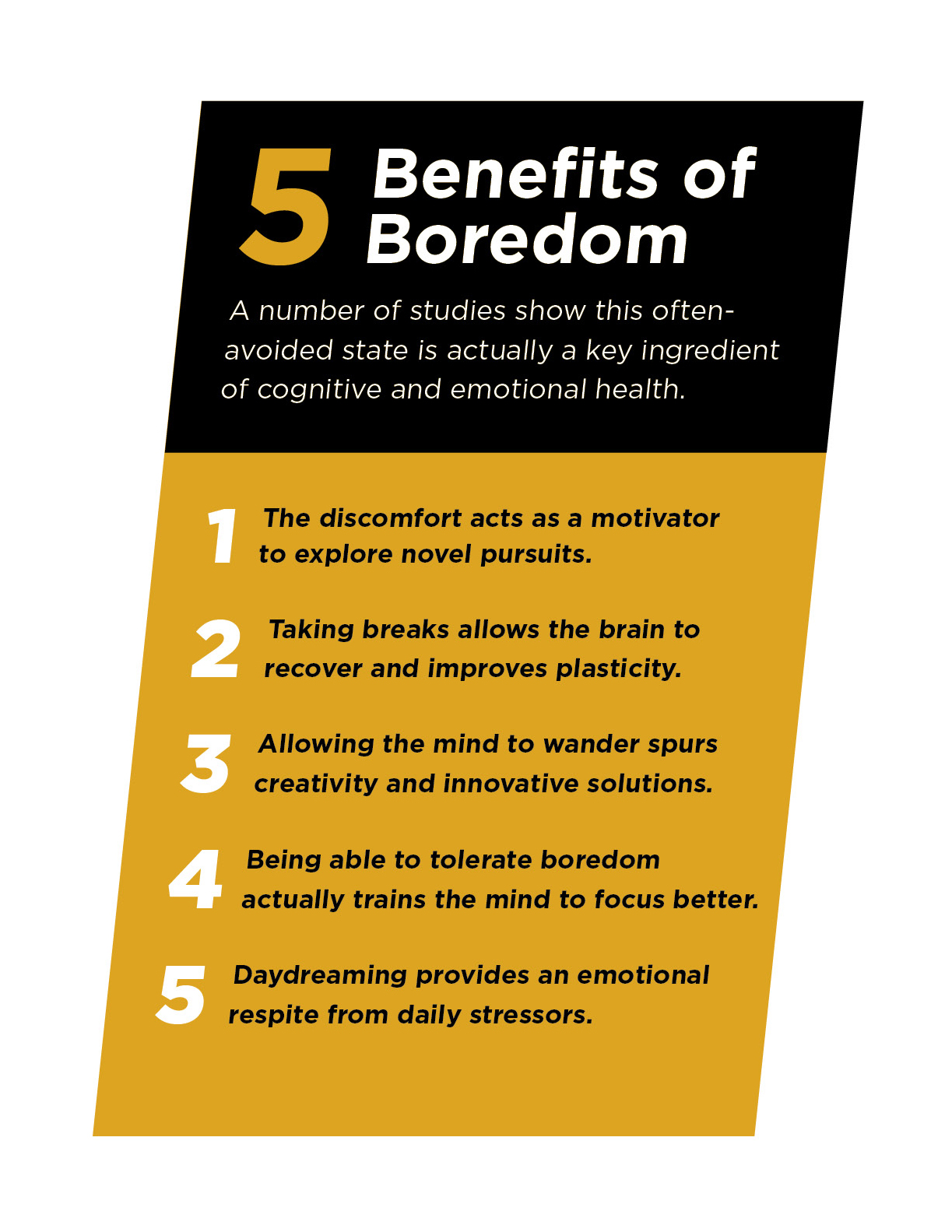 On my approximately 393rd foray into the edge-of-town wilderness and the interior wilds of wu wei, the sun is directly above when I wad the empty backpack under my fanny and plop down in a nondescript patch of weeds at the base of a half-dead lodgepole pine. I notice patterns in the bark. The glint of a beetle’s dark carapace. I notice that my butt is numb. That I’m becoming irked with the tedium of a radically slo-mo pace. And I notice, eventually, that I’ve stopped noticing, that somewhere in that expanse of time I’ve transformed from actor to acted upon, that I am calm and grinning and—whoa, it’s already evening.

Ultimately, this whole deal isn’t about either/or—it’s about both. I’m a born-and-bred overachiever Monday through Friday. Come Saturday, I’m a wannabe Himalayan badass, traversing craggy ridgelines. And when Sunday finally arrives, I head to the outskirts of town, an empty backpack slung over my tired shoulders and a blank agenda humming with uncertainty, possibility, and simplicity left behind on the kitchen table.