With workers distracted at home so much, procrastination may be quietly reaching epic proportions. Should firms start to take the issue seriously?

A seasoned, successful real-estate agent in Chicago, Evan Smeenge admits to one serious character flaw—he procrastinates. He’ll enthusiastically meet to discuss a $1.5 million deal, but will put off tedious or menial tasks, like comparative market analyses, which are only beneficial long term. This is not a new habit for him, by the way: When he was finishing his master’s degree, he put off writing his thesis for so long that he had to churn out all 50 pages in just two weeks.

Then came the remote era, and with it a cornucopia of new procrastinatory habits to help him avoid work altogether. “I nibble on food. I watch shows on my computer,” says Smeenge. “I think, ‘I have an extra 45 to 60 minutes that I’m not commuting in my car, so I have an extra hour today.’” He initially expected clients and teammates to complain. Wouldn’t he receive ornery texts demanding to know the whereabouts of market analyses? Or calls asking why he hadn’t yet set up tomorrow’s meetings? Instead, the opposite happened: no one said anything. He continued successfully selling homes, and his team, the Smeenge Group, more than tripled its income and size as the housing market peaked. He suspects that this is because both his colleagues and clients developed the same habits that he did. “Procrastination has almost become more acceptable,” he says. 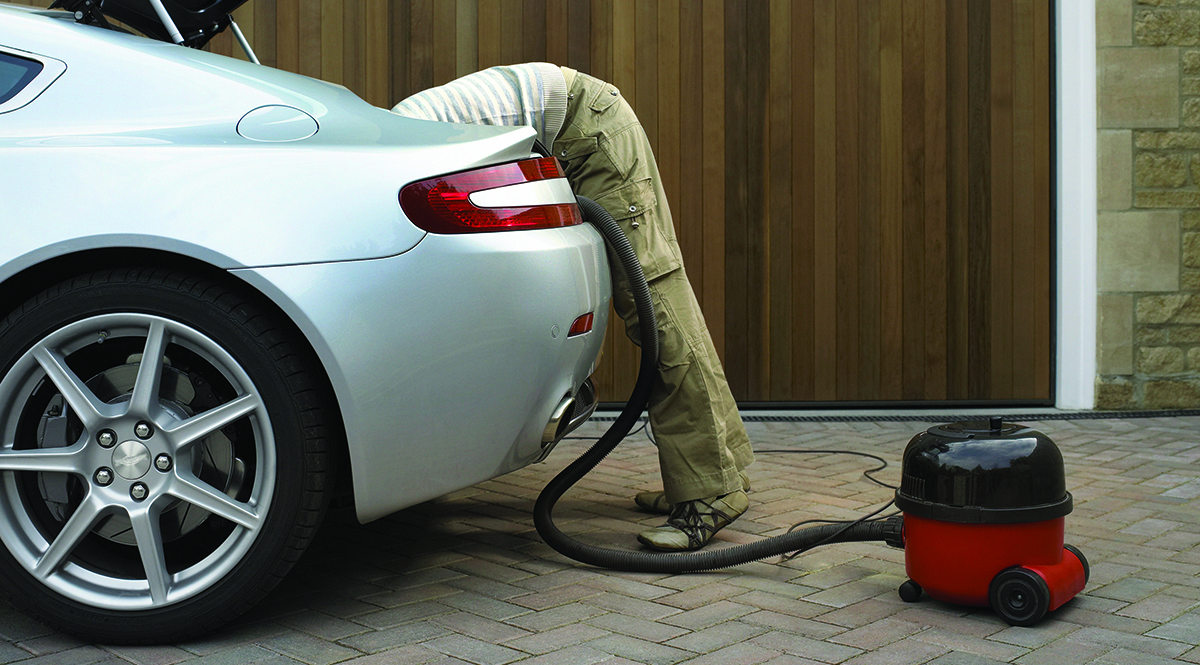 Multiply that times a billion workers, and you have the New Procrastination. For a century, procrastination was largely an in-office affair, enacted in the form of dawdling alongside colleagues’ desks at midday, or chatting for an extra 20 minutes after a meeting. It often looked like teammate bonding or enthusiastic work talk. When strategically deployed, trips to other floors, internal trainings, and external meetings could fill entire days. But over the last two years of remote and hybrid work, the types and mechanisms of procrastination have quietly morphed, creating a situation that managers and employees alike find challenging to address in both form and function.

“My team collectively started procrastinating on any task that required some kind of human connection.”

But just how challenging—and how costly—is this new development? Studies have repeatedly shown that procrastination picked up across every sector when the pandemic hit and lockdowns began, which meant prying management eyes couldn’t see what workers were doing. One 2020 survey of 2,000 workers in the UK, for example, found that the average person spent more than two hours every day putting things off, choosing among 10 different delaying tactics—from idling on Facebook to daydreaming. Just last June, another study showed that a quarter of low-quality outcomes are attributable to procrastination. What changed, experts say, wasn’t just the amount we were wasting time, but how we were. Rather than mostly avoiding the uninteresting or scary tasks that are the longstanding bread and butter of procrastination, employees and managers say that they’re now avoiding every task. On some days, they’re hours late sitting down to work. Smeenge calls it “deciding to have a procrastination day.”

Executives are left fighting to find ways to fix a bad habit that nearly everyone has adopted. And asking one question: Why isn’t anyone talking about this?

Pre-pandemic, most employees never noticed that the workplace was a fine-tuned, work-lab environment. The office functioned as a bubble that blocked out much of the outside world, leaving its occupants impervious to geopolitical events and home dramas. Sure, a stray piece of shocking news might float in here or there and distract everyone for a few minutes (“Wait, Michael Jackson died?”), but the hum of work kept nearly everyone adhering to the routines of the job. It wasn’t uncommon for a knowledge worker to end their busy day by turning on the radio during their evening commute and saying, for example, “The Dow Jones dropped 777 points today? Really?”

Studies show that roughly 1 in 5 people across cultures, countries, and generations are procrastinators—people who put off anything that makes them anxious, from airplane packing to folding laundry. The remaining 4 out of 5 are periodic procrastinators who from time to time avoid the to-dos that make them feel uneasy. This usually looks like someone simply not doing tasks that spur boredom, anxiety, or fear—letting accounting and billing pile up, for instance, or avoiding a conversation that will be emotionally trying. But in the old days, in one of those office-cum-work-labs, not doing a task could often produce other forms of discomfort, such as the sense of shame you felt if you were called out in front of your staring coworkers for failing to meet a deadline or browsing the web. Watchful bosses and colleagues provided motivation and peer pressure to just do the task, a course of action that would also flood your brain with an instant dopamine rush of success. Most worker bees just did the thing.

“People started saying, ‘I can just do it later when the kids are asleep.”

In the pandemic, workers found themselves at home, a place devoid of the immediate incentives a communal physical workspace offers—all of which turned out to be critical, from a procrastinator’s point of view. While long-term incentives remained, such as deadlines and paychecks, many of the immediate inducements to start something right now receded. Would coworkers know if you watched YouTube for three hours? Nope. Would the boss fire you if you asked for an extension? Probably not, because he just asked for one himself. Would anyone be the wiser if you didn’t start writing the memo until 9 pm? No. “People started saying, ‘I can just do it later when the kids are asleep,’” says burnout therapist Gabrielle Juliano-Villani, whose Sarasota, Florida, practice is filled with procrastinators. The time and space in which to procrastinate have expanded, and domestic tasks like  washing load of laundry or picking up the kids provided equally compelling dopamine rushes, she says.

“Homes are environments with a lot of cues that trigger competing goals,” says well-known procrastination researcher Fuschia Sirois, a psychology professor at Durham University in the UK, who views home offices as “procrastinogenic environments” laden with triggers. These triggers are particularly appealing because they can feel like productive activities. The worker, she says, can fool themselves into thinking they got something done, at least: “They say, ‘Yeah, I’m not doing my report, but look at the house, it’s sparkling clean!’” says Sirois. Workers tend to go for low-hanging fruit again and again, and homes are ripe with it. 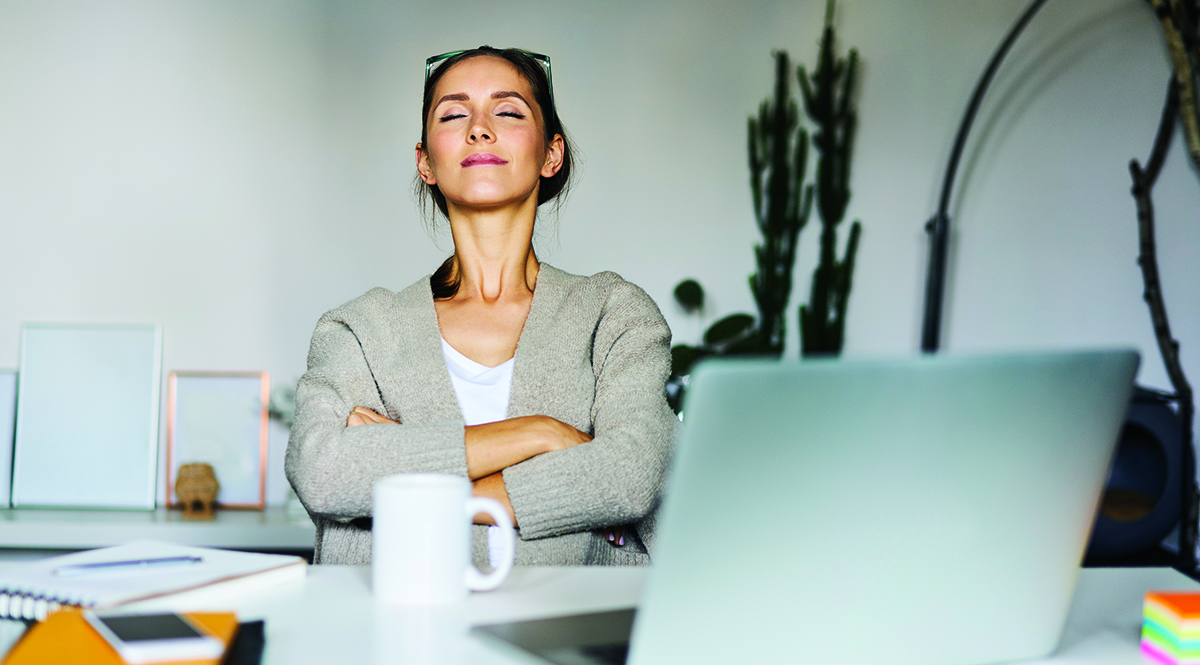 Even people who previously did not procrastinate found themselves in loops of wandering away from their desks at home. Webzine editor Shane Paarman began avoiding work because he felt trapped in a boring routine. “Time merged into one long, endless year, despite it actually being several years,” he says. He struggled to recreate the motivation and stimulation of his former bustling office, and began leaning on tricks like switching up his routine regularly and redesigning his home office for maximum physical and mental stimulation. Though his business is successful, he says he still avoids work more than he did three years ago.

For two years, this scenario has continued unabated. Scientists have not yet collected data, because it’s hard to measure procrastination in remote work. But one well-quoted 2006 study from Proudfoot Consulting is worrisome enough: It estimates that poor productivity was costing the US more than $600 billion a year. Procrastination could be stymieing revenues and innovation far more than, say, a stalled supply chain, yet rare is the corporation with an HR task force specifically created to help managers deal with it. Part of the issue is how ingrained in human behavior procrastination is—how commonly we see it in everything from late tax returns to late arrivals at social events. “My team collectively started procrastinating on any task that required some kind of human connection,” says Gordana Sretenovic, director of content operations and cofounder of skills-assessment platform Workello. Among others, she cites tasks like meetings, Zooms, and sending email recaps. “We’re still struggling to return to being the social butterflies we were before.” How are leaders supposed to address this endemic productivity drain?

Experts say that the first step to attacking a staff procrastination problem is to ask whether it needs to be fixed at all. John Ricco, cofounder of Atlantic Group, a recruiting company with offices in Chicago and London, is well aware that his remote workers procrastinate extensively. Why? Because they tell him so, he says—but he doesn’t mind, because the work gets done. Whenever the issue comes up, he runs a calculation in his head to remind himself that workers of the past never spent eight hours a day working. Study after study showed office dwellers of the last decade accomplishing four to five hours of work over eight hours. “Why should I expect anything different from remote colleagues?” he asked.

Marydee Sklar, a productivity expert in Portland, Oregon, who has worked with both chronic procrastinators and their employers, says that the easiest action a manager can take is to give employees take-home whiteboards to keep their tasks and deadlines visibly in front of them. Offices are plastered with whiteboards and calendars and goal timelines; at home, many workers are just looking at their kitchen tables or office decor. She says she tells people to put the board in front of them, then write down each day’s big to-do item, broken into small tasks done in 15-minute intervals. “Otherwise, your brain is going to ‘horriblize’ the task and tell you that you can’t do it,” she says. A reasonably sized list, she indicates, should take a minute to create, no longer. 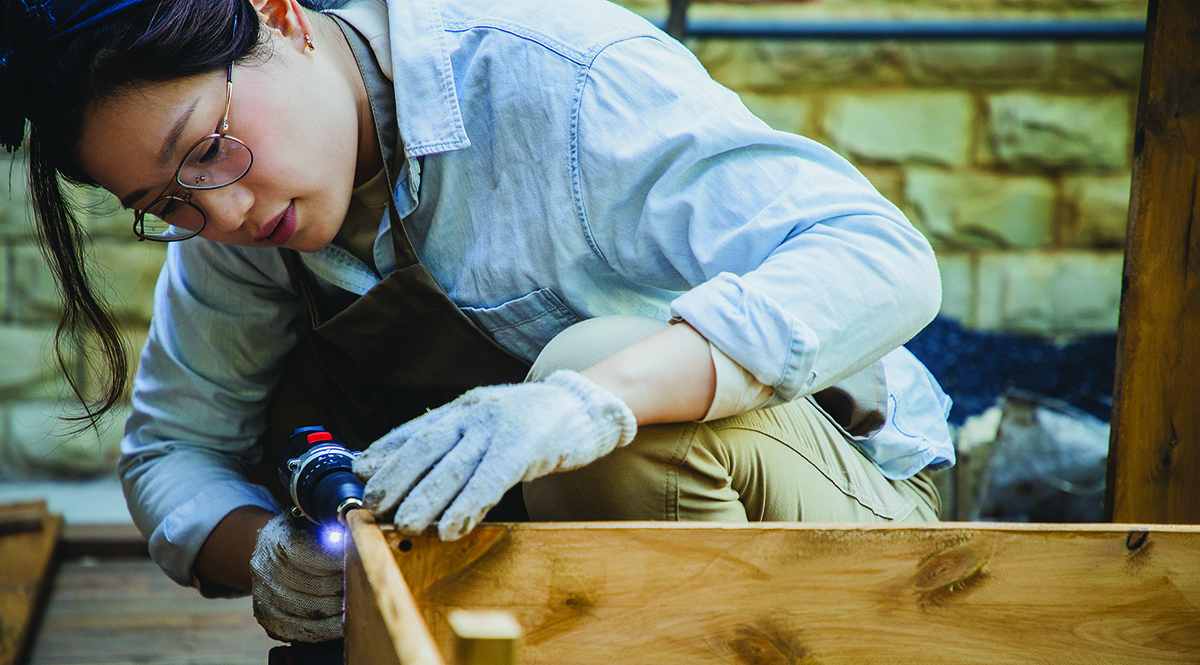 She suggests that managers help procrastinators by presenting the upcoming quarter from 10,000 feet above—an eagle-eye perspective on projects and deadlines that removes employees’ underlying emotional issues from the equation. This approach frames tasks not as personal albatrosses with high stakes but as team tasks consisting of exciting contributions. Then managers can drop down to 5,000-, 1,000-, and 500-foot levels, to help workers perceive future projects and deadlines in bite-size chunks.

Ultimately, no one thinks there will ever be an end to procrastination, but experts say it’s foolish for firms to continue ignoring what today’s working environment may be doing to people. As procrastination researcher Sirois sees it, reframing is crucial. Why is a task meaningful to the project? How will it benefit both teammates and the individual doing it? Does it involve learning a new skill or making someone happy? This input replaces the negative emotions that can derail work with context and meaning. “Procrastination is all about emotions, both negative and positive,” she says. “Your role is to dial up the meaningful, positive feelings that make people want to dive into the job.”