Hiring an interim professional is a strategic move that more and more companies are turning to as the pace of business continues to increase.

In the post-pandemic era with a looming recession, a transforming economy, and a tightening labor market for certain skills, one of the biggest challenges for companies is managing the ever-changing landscape and operationalizing new business strategies. To do so, leaders need to create a shift in their tactics to prepare the organization for the future: from building the right organizational structure and developing the right strategic focus to identifying the skills needed for critical roles and finding the right talent to meet the demand.

The changing career path of the interim worker & contract talent

We have all heard about the “gig economy,” and with the rise of remote work, people are now electing to become “career nomads”—traveling and working from anywhere. But a new trend is emerging across the globe as an aging workforce seeks new, flexible career options and a young, entrepreneurial population seeks alternative career paths that allow them the freedom to travel, learn new skills, and be challenged at work. It is the rise of the interim professional, and both companies and contract employees face exciting possibilities to partner in solving business challenges.

Historically, interim professionals and contract workers have been seen as temporary, often filling in for a position when an employee left the company or was out on leave—a necessary job that remains today. Traditionally, the assumption about these workers is they seek full-time employment but have difficulty finding a job. And while some interim workers do seek full-time employment—and perhaps use the opportunity to try out new roles with different companies—we are seeing a shift in the reasons why companies are hiring interim workers and why people are choosing interim work.

The rise of the gig economy

With the gig economy growing, there are several factors that are fueling this surge in demand for the interim professional. According to Gallup’s 2022 State of Higher Education Report, more and more young people are opting out of traditional higher education paths to pursue alternative forms of skills building through associate degree and certificate programs, with over 50% of Gen Z participants surveyed reporting that they were open to this form of education.

With more pathways for people to build professional skills, employers should also consider where top talent, in areas like technology and data analytics, are choosing to be educated, as well as how their lifestyle will inform their career choices.

Gen Z professionals also reported being more anxious about the future of their careers, while Millennials have realized the safety net of today’s corporations has vanished after seeing many friends and family fall victim to lay-offs in the 2008 economic crash. As a result, the traditional company career path is less appealing to some young, talented professionals who want to take advantage of this moment to harness technology and work from anywhere while challenging themselves at multiple companies.

However, on the other end of the spectrum are Baby Boomers who now face more than 20 years of retirement but don’t necessarily want to play golf every day. Many people who choose to become interim executives want to be useful and apply their experience and skills to solve complex problems. And with the enormous level of transformation occurring in business today, from new environmental regulations to constant digital disruption, hiring interim executives can be a strategically savvy move for companies.

Korn Ferry conducted a research study to examine why companies are hiring interim and contract workers and who is choosing to become an interim professional. Through focus groups, interviews, and surveys, we learned who is choosing interim work, the benefits to hiring organizations, and ways interim professionals and companies can partner for mutual success. The results were far more transformative than we could have anticipated.

By interviewing interim workers across age groups and roles, from technical associates to interim CFOs, we found certain characteristics to be consistent among all groups. Interim workers are nimble and agile, with an ability to transition quickly into a challenging work position and assess the current situation. They also have very strong project management skills and realize they need to move quickly to reconcile problems and create new solutions.

In our interviews with employers who regularly hire an interim workforce, they described interim professionals as having a high emotional quotient (EQ), with an ability to assimilate into new cultures without getting caught up in office politics. In a survey conducted of several hundred interim workers, 61% of interim workers said the top attribute to be successful in an engagement with a company is the ability to quickly understand, assess and assimilate into the client organization. Nearly half of the participants stated that what they liked most about an interim role was using one’s expertise to solve challenges and, looking forward, 52% believe the demand is growing for interim professionals.

Who is today’s interim worker?

What motivates interim and contract workers to pursue this career path? Surprisingly, our research revealed that for upwards of one-third of interim employees, this was their desired career path. According to the New York Times, from February 2020 to June 2022, there was a 31% increase in the share of workers with contractor-based income in the US, particularly with growth among single mothers; and freelance income of contracted workers grew by 13%.

However, our research further revealed that there is high demand for interim workers with particular skill sets and experience, unveiling particular opportunities that these workers can use to their advantage.

The first group of interim workers are the Baby Boomer/Gen X former executives who are seeking flexible job opportunities that allow them to apply their vast knowledge and experience to challenging executive roles and functions. We spoke with several Interim CFOs who were hired in both the for-profit and non-profit sectors. In several cases, the finance function of the company was previously mismanaged by a former employee or the function really did not exist—especially in cases of private equity acquiring young start-ups and needing to create a more professional infrastructure.

The vast majority of the executives hired for these roles had decades of experience, were knowledgeable regarding financial regulations and policy, and had the demeanor to provide calm in a chaotic situation.

On the other end of the generational spectrum are the younger Millennials and Gen Z professionals who have acquired technology skills. They are opting for a career as an interim professional, where they can work on distinct projects that are very challenging, and once the project is completed, move on to the next “gig”.

We spoke with one professional who outfitted his van to become his home, complete with a satellite internet connection that allowed him to travel the country while working on IT projects as an interim professional. When the pandemic hit, he realized he had an opportunity to explore the US in his van while maintaining a high demand for his leadership with IT projects. Today, he works an average of 150 days a year. The full-time employee, on the other hand, will work an average of 266 days a year in Mexico, 220 days a year in the United States, and 216 days a year in Greece. 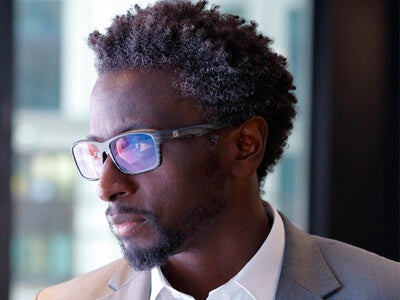 Adapt and accelerate with interim talent

Hiring the interim worker: the benefits for company strategy

Why is incorporating interim workers as part of a company’s overall talent management strategy a strategically savvy move? Here are just a few of the ways that interim and contract workers can benefit your company’s overall strategy.

Filling in the talent gaps

Let’s start with the historical reason companies have hired interim workers: to fill in for employees who left the company recently or will be taking extended leave. However, in today’s landscape, with new regulatory policies related to family leave, it is far more predictable to anticipate when employees might need time off, as parents (mothers, fathers, partners) have the opportunity to enjoy extended parental leave. Certainly, anticipating these shifts in the workforce can help companies find the interim skillsets they need to address the void rather than “doing without” for a few months.

In addition, conducting an analysis of your average annual attrition rates or understanding which roles are critical to your business strategy will help the company prepare for the future. By doing so, the organization can identify where to access resources quickly to fill any potential vacancies, which is paramount to ensuring your company doesn’t experience a financial loss. Speed is the name of the game when it comes to filling critical roles in certain job functions and every minute matters.

We heard from employers who accounted for interim professionals in their overall talent management strategy that they use interim professionals to test new markets, as well as pilot programs and product initiatives with relatively low risk. By hiring an interim or contract workforce for specific business growth initiatives, the company can navigate unchartered waters and learn from the process before committing permanent resources.

We also learned through these interviews that the ability of a company to try a new role or develop a new function to transform a business strategy is a great opportunity to pilot with interim workers. With the types of transformational roles that companies want to create (think Chief Sustainability Officers, Chief Digital Officers), leveraging interim professionals can help employers to try out new strategies and reporting lines—especially when there is continued debate around these roles, their reporting lines, and whether they should report to the CEO.

By bringing in an interim executive, a company can receive data on the effectiveness of the role and reporting structure before fully committing to a permanent position or employee.

Lastly, for companies that need to be disrupted—to be rocked from their comfortable, complacent ways to prepare for the future of work—hiring interim professionals can help innovate the status quo. Hiring an expert who can apply new technology, bring experience from other industries, and develop new processes, interim workers can bring insights that allow the company to experiment while mitigating risk. With little connection to corporate politics or history, interim professionals can challenge positions unabashedly, with the explicit goal to advance the company or project. This allows the organization to consider new paths, roles and opportunities for the company that an existing workforce with a certain mindset may be unable to see.

Considering the interim professional as part of your people strategy can benefit the business in numerous ways. By anticipating employee leave or attrition, an organization can remain productive and profitable without missing a beat. With the level of transformation occurring throughout industries, interim professionals are a great resource to test new strategies, functions and roles. And with the lightning speed of change, the interim professional can bring a fresh perspective to a company needing to evolve with the times.

After all, companies today are facing challenges in an era of constant disruption. Let the interim professional be the solution. Contact us today or download our whitepaper for more information.