Korn Ferry counts down the year's biggest disruptive shifts for business. Can you guess our No. 1? 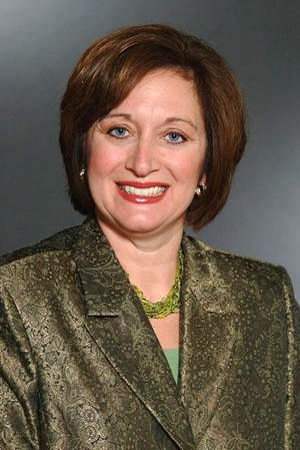 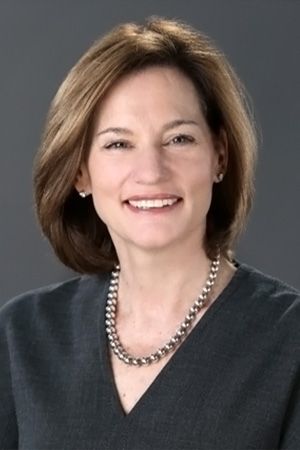 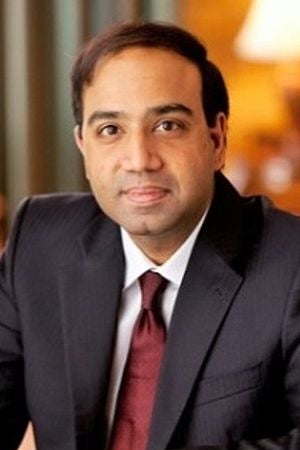 The year began with a new US president promising big changes—and doing his best to do just that—and ending with most CEOs across the globe exhausted after dealing with one big issue after another. Diversity. Cybersecurity. Activism. Mega-mergers. The list goes on.

With 2017 drawing to a close, at this point one can only guess which changes in business, technology, and politics will truly last, from a leadership perspective. But we decided to try anyway, with our top 10 countdown of lasting disruptions.

10. Cybersecurity as a people issue

Gone are the days when a company’s information security team was considered the sole protector of its data and digital assets. With hacks becoming more sophisticated and frequent, organizations are finding they must communicate regularly with all employees about best practices for cybersecurity. And in the wake of large-scale breaches such as those at Equifax and Uber, where leadership failed to disclose the incidents for weeks (or in Uber’s case, at all), companies are also realizing the value of employing leaders who can develop and implement effective communication and response plans. “It’s much more than a technology issue; it really is a people, talent, and culture issue,” says Jamey Cummings, a senior client partner in Korn Ferry’s Global Technology practice. “You can’t just put some tools in place and check boxes on compliance and think you’re going to be OK.”

9. The existential crisis of brick-and-mortar stores

As customers increasingly continue to shop online, retailers announced more store closings in 2017 than in any other year on record. And with more closings expected, companies are finding opportunities for cross-collaboration. This year, Kohl’s introduced in-store Amazon smart home boutiques and began accepting Amazon returns, while struggling J.Crew began selling its clothes at Nordstrom stores. But retailers are mainly looking at how to step up their e-commerce game—particularly Walmart, which this year unveiled free two-day shipping and partnered with Google to allow customers to buy products via voice in an effort to compete with Amazon Prime. “For retailers, it comes back to the underlying story of do you compete with Amazon or do you join Amazon?” says Denise Kramp, Korn Ferry’s North America retail sector leader. Kramp says more consolidation, cross-collaboration, and store closures are expected in 2018.

For decades, the United States has led the rest of the world in promoting free trade, but that’s all changing. Promising to bring jobs back to America, President Trump jettisoned the controversial Trans-Pacific Partnership in his first few days in office and has repeatedly threatened to back out of the North American Free Trade Agreement (NAFTA) if Canada and Mexico don’t give in to US demands. Across the pond, serious talks are ongoing about the United Kingdom’s future trading partners in a post-Brexit world. As 2018 kicks off, the future of free trade will continue to be a major issue for global leaders. It’s a divisive issue: In America, 52% of people say free trade agreements between the US and other countries are a good thing for the US, while 40% view them as a bad thing, according to an April survey by Pew Research Center.

7. A laser focus on board diversity

Bowing to pressure from institutional shareholders and employees, companies are getting serious about ensuring that their boards are diverse from a gender, ethnicity, and thought perspective. “The reality and statistics show that when leadership teams and boards are diverse in composition and thought, performance is quite strong,” says Tierney Remick, vice chairman of Korn Ferry’s Global Board and CEO Services practice. The latest examples include mutual fund managers BlackRock, Vanguard, and State Street, which have taken up shareholder proposals to add more women and minorities as directors.

It’s no longer enough to say that technologies such as virtual reality, AI, and the blockchain represent big opportunities for your business. 2017 was the year when companies asked themselves how they could build viable business models with real outcomes around these technologies—a trend that will continue into 2018. “[The technology is] getting more real, getting more understandable, and you’re seeing the critical move away from proof of concept to delivering sustainable value,” says Vinay Menon, a member of Korn Ferry’s Global Technology Market practice. “People are looking at this technology and asking ‘Is this about more revenue or saving costs or increasing customer experience?’”

2017 was a big year for women, beginning with the Women’s March protests that followed President Trump’s inauguration and culminating with the revelations of several women in media and entertainment about rampant sexual abuse by powerful men. Jane Stevenson, global leader for CEO succession at Korn Ferry, describes it as a year of “activation”—a time when the national conversation not only focused on the mistreatment of women in the workplace, but on the need for businesses to have more gender diversity at the top. Indeed, a recent study by Korn Ferry shows that female CEOs tend to share a strong sense of humility, agility, resilience, and an ability to manage ambiguity. In a world where digital technology is rapidly changing the game for many companies, Stevenson says there’s a growing need for those capabilities. “At this time in history, when there’s so much agreement that there’s a need for strong leadership, how could we possibly disenfranchise 50% of the population?” she asks.

Countries all over the world proved hungry for radical leadership bets in 2017—among them, the appointment of France’s youngest president, 39-year-old Emmanuel Macron, who entered the race without an established political party and won the vote despite his globalist views; the appointment of 37-year-old New Zealand President Jacinda Ardern, the world’s youngest female leader, tasked with turning around the country’s staggering homelessness rate; and the fall of 93-year-old Zimbabwe President Robert Mugabe, who resigned after 37 years of rule amid calls for his impeachment. In the US, President Trump has perhaps proven the biggest wildcard of all—the reality TV celebrity turned head of state has had a presidency underscored by dramatic changes in policy and surprise eliminations. The only constant is the widening gap between Republicans and Democrats: the partisan divisions that reached record levels during President Obama’s presidency have further ballooned under Trump, according to Pew Research Center.

Research shows that organizations lose millions of dollars when having to replace a CEO, but in today’s fast-paced environment, it’s a risk companies are willing to take. One of the biggest stories of the year was Uber CEO Travis Kalanick’s resignation, a result of investor pressure following a series of setbacks at the company. Avon, GE, Ford, Honeywell, Mondelez and Teva Pharmaceutical also ushered in new chief executives this year, a sign that investors and shareholders of traditional companies are looking for leaders who can find new revenue streams and execute at a time when technology has made it easier for smaller companies to join the market.

It has been a banner year for the activist investor. As of October, shareholder activists had deployed $45 billion on new campaigns year to date, nearly double the amount for all of 2016, according to a report by financial advisory firm Lazard. GE, Nestle, and Procter & Gamble are just a handful of the companies that faced tough calls on their leadership and direction in 2017, and more are expected in 2018. Experts advise board directors at companies to think more like activists and get ahead of ongoing pain points before they’re forced to. According to a recent Korn Ferry paper, directors should ask hard questions (e.g., is our portfolio too complex? Is management top-notch? Is the cost structure too high? Have we missed an inflection point?) and be on watch for underperforming assets, a low stock price, and large management payouts at a time of stagnating earnings.

If 2017 has taught us anything, it’s that culture matters. What used to be a nice-sounding word on onboarding pamphlets has become a serious recruiting tool: A recent survey shows that the No. 1 reason job candidates choose one job over another is company culture. (Only five years ago, the main reason was benefits packages). Another study found that “driving culture change” was one of the top three priorities for more than 7,500 executives across the world.

Why the focus on culture? Organizations have found that when they lead with purpose, transparency, fairness, and accountability, they’re able to attract and retain better talent, and inspire greater creativity and innovation—all of which ultimately helps their bottom line, experts say. Entire industries are looking at their culture as well. The recent revelations in Hollywood are an example of what happens when unhealthy culture runs amok. “You just don’t get a lot of stories of people firing high performers who have behaved badly. But it’s something that can actually turn a culture around,” says Signe Spencer, client research partner at Korn Ferry.

Read the rest of "The Essentials 2017" series

Advice for Board Directors