4 Ways to Handle a Counteroffer

How to respond when the boss asks, “What will it take to keep you?“ 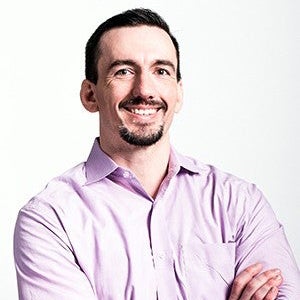 Companies are often reluctant to make counteroffers when employees say they are thinking of quitting for another job. That’s because three-quarters of people who accept counteroffers end up leaving anyway in the next six months to three years, according to a recent survey.

Enter the Great Quit, or the Great Resignation. Whatever you call it, it has changed that employer stance. Now, with millions of workers quitting their jobs, the name of the game at many firms is staff retention. “It’s hard enough to get people in the front door,” says Dan Kaplan, a senior client partner for Korn Ferry's CHRO practice. “Companies don’t want employees leaving out the back door.”

How should employees with a new job offer handle all this? It’s an open question. Kaplan says it doesn’t make sense to seek a counteroffer in all cases. “If you have an offer that is more fulfilling, with a better career path, then the smartest thing to do is to resign well and tell your manager you don’t want a counteroffer,” he says. But if a higher salary is the key reason for leaving, a different path may make sense, with these considerations:

Explain to your manager that the only reason you are considering another opportunity is to increase your salary, Kaplan says. For instance, you could say, “I love it here; I have a great career. If it wasn’t for the money, I would never leave.” Then follow up with: “Here’s what I can make on the open market. What can we do to make this work so I can stay?”

When you first tell your manager that you’ve been offered another job, don’t say, “I’m open to a counteroffer.” That sounds too much like an ultimatum, says Joshua Daniel, a Korn Ferry Advance career coach. Instead say, “I have a pending offer, and it’s appealing to me because of the salary. Is there something we can do to bridge the gap in my compensation so I can stay on this team?” By presenting it this way, you are inviting your manager to solve the problem with you, Daniel says. “Make yourself sound like collaborator not a competitor,” he says.

If you have been feeling undervalued, don’t wait until you have another job offer to communicate that. “Let your boss know that a title change or salary increase is on your mind,” Daniel says. While there could be risks in sharing your concerns, as long as you make it a discussion about your career growth, your manager should be supportive, he says. Request a 15-minute meeting to discuss your career path. “Don’t ask for five minutes after a team meeting, Daniel says. “That can feel like an ambush.”

During your meeting, make a few statements about your performance — what you’ve accomplished, how you’ve grown into your role and contributed to the bottom line. Then say, “Based on my contributions, I feel myself misaligned with my title and/or salary. What can we do to get this more aligned?” Keep in mind that this will likely be the first in a series of conversations over a number of months, Daniel says.

Beyond salary: consider why you want to leave.

Before you accept a new offer or angle for a counteroffer, Daniel recommends reflecting on why you’re motivated to find a new job. Your reason for accepting another offer shouldn’t be just financial, Daniel says. “Compensation could be a big factor, but it shouldn’t be the only one,” he says. Other reasons to leave your current job include opportunities for more career growth, the ability to work for a company with name recognition, or the chance to take on a role that allows you to have more of an impact on the company.

Be aware of the risks.

Keep in mind that while a counteroffer might result in an immediate salary increase, it also announces your intention to quit. Negotiations for a higher salary can sometimes cause ill will between a manager and employee, Kaplan says. “Before you try to negotiate a counteroffer, you need to be prepared to leave,” he says.

Revealing that you have another job offer can give your manager the perception that you have one foot out the door, Daniel says. “The moment you say you are thinking about a job transition you are showing your cards, and that could stunt some of your growth at your current job,” he says.