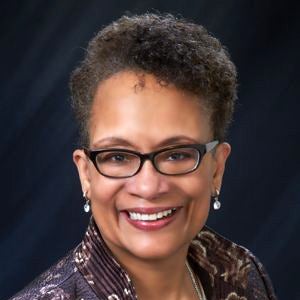 You’ve missed deadlines. Your project has gone over budget. Your latest product release was a disaster. You yelled at a client. After more than a year of coronavirus-caused turmoil, the accumulated stress and exhaustion have increased the chances of making mistakes both big and small. But it isn’t like we needed a once-in-a-lifetime global pandemic to commit gaffes on the job. In a 2015 survey, 66% of US employees admitted they made mistakes at work just because they were tired.

Some mistakes (physically hurting a coworker and theft come to mind) will have significant ramifications—but most don’t have to. The key to keeping mistakes from escalating into potential career killers hinges on what we do after the errors. Beyond fessing up to a mistake, career experts say there are several steps you can take to right to your wrong.

Be sincere in your apology.

Half-hearted apologies that imply it was someone else’s fault typically backfire. “When you make a mistake, the most important thing to do is own it, address it head-on, and be constructive about what you’re going to do to fix it,” says Deborah Brown, a managing principal in Korn Ferry’s Leadership and Talent Consulting practice. “Don’t find a way to blame others or a lack of resources.”

When you do apologize, show empathy, says Debra Nunes, a Korn Ferry senior client partner. “Whatever you say or whatever steps you take after need to feel truthful and sincere,” she says.

Evaluate the extent of the harm.

Do not compound a mistake by then ignoring that it happened, experts say. Make sure any review of a mistake involves talking with your colleagues about it; they might have feelings about the mistake, particularly if the error reflected poorly on the entire team. “Take the initiative to reach out and to understand what the person’s concern is, and then own your contribution to the problem,” says Nunes. Colleagues also can give you a more complete picture about the impact of your mistake. While still taking full responsibility for the error, see if you can enlist colleagues to help solve any problems the mistake created. “Ask if there is anything we can do together to address this issue and rectify the problem,” Nunes says.

Mistakes can snowball if you try to hide what happened or aren’t honest with your boss about your role in error, says Brian Bloom, Korn Ferry’s vice president of global benefits. “If you own your mistake and are honest about it, your manager should respond in kind and allow it to be a growth opportunity,” he says. Bosses can play an important role in lessening a mistake’s impact and helping employees move past the gaffe. Indeed, employees believe their direct supervisor is more effective when the leader frames failures and mistakes as growth opportunities, according to the Ethics and Compliance Initiative’s 2019 Global Business Ethics Survey.

“It doesn’t help to berate ourselves unless we’ve done something incredibly careless or unprofessional,” Brown says. Indeed, wallowing in a mistake could distract you and diminish your own performance or make you prone to other mistakes. Own the error, take steps to rectify it, review if there are any lessons to take from the error, and move on. “Over-apologizing is a safe place for someone who lacks confidence,” Bloom says.

Determine the root cause of your error.

Experts say it’s critical to determine whether a mistake was a one-time mishap or if it has happened before. Take a dispassionate view of your actions and examine what caused the blunder. “Step away from your mistake as though it had happened to someone else, and ask yourself what might have contributed to the mistake,” Brown says. If there is a pattern, put a stopgap measure into place to help avoid making that same error in the future. Colleagues, customers, and other stakeholders want to hear that you are taking steps to ensure that the error won’t happen again.

After determining the error’s root causes, next see if the mistake presents an opportunity for development, Bloom says. For instance, if you went over budget, do you need to take a course on budgeting or even learn techniques that will make you more proficient in spreadsheet and forecasting software? “Mistakes can be a large growth opportunity for those folks who have self-awareness,” Bloom says.