Create an IoT Company Within Your Company 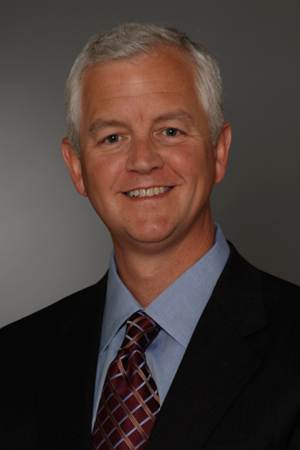 There’s no question the Internet of Things (IoT)—the connectivity and data-sharing ability that links devices and makes them “smart”—is shaking up the business landscape. Last year, companies spent an estimated $750 billion on IoT, and the annual economic benefit that could accrue over the next decade ranges from $4 trillion to $11 trillion. You could feel the excitement over IoT’s potential at the recent IoT World Forum we attended in London.

But many companies, especially large, legacy organizations with rigid top-down structures, have trouble navigating this digital-first world. That’s because what worked in the past will likely not work in the future, and a manufacturer that doesn’t have the right talent in place can’t effectively make use of all of that data and the opportunities it presents. On its most basic level, the problem stems from a lack of leadership talent. IoT is so new that there aren’t enough knowledgeable people out there. Those who are experts in IoT are in high demand, as virtually every company wants them. In addition, there is a kind of human resource catch-22, with talent going where other talent already is. Often IoT leaders are attracted to brand-name companies—the Googles and Facebooks of the world— that have cachet and a reputation for cutting-edge research and product development. If a company only has a smattering of people fluent in the ways of IoT, they can’t grow amongst themselves, so they tend to leave.

Companies new to this digital-first way of business must figure out how to attract and integrate this talent and create networks around it. In short, they must become digitally sustainable, which requires companies to embrace the characteristics of start-ups. They must become more agile: Think fast, decide fast, execute fast, “fail” fast, learn fast, and scale fast. Agile businesses strategize and execute in parallel and invest in scenario planning, so they can act promptly when opportunities arise. What’s more, they embrace risk, creating solutions based on what they already know and quickly evolving as customer feedback comes in. This means they streamline reporting lines, engage a wider group of stakeholders at the outset, share ideas and plans before they’re fully formulated, and seek input along the way.

A company that seeks to become more agile requires a different mindset. It must attract people who can deal with greater ambiguity. But this “launch fast, fail fast” mentality is far from most companies’ current thinking, and it raises several important questions: How does a company engender the cultural change it needs to succeed? Does it set up a separate entity as a kind of tech incubator, or does it establish new businesses within the larger company?

At Korn Ferry we have found that establishing a new enterprise within the company works best. If culture is such an important element, it’s easier to build it in a smaller element than throughout a large company. Of course, this way of thinking is often alien to many large corporations.

The worst thing a company can do, however, is to try and push a new culture on an existing workforce. Say a company builds fuel-cell batteries and for years has been successful doing it a certain way. Management decides to bring in people from Silicon Valley to help digitize the company. But these new employees, speaking the language of start-ups, are apt to reject the old ways of doing things. They talk about rapid prototyping and disruption, and this can result in great frustration on the part of the company’s engineers. In essence, the existing culture of the company acts as an antibody. That’s why companies on this transformation journey are wise to plan for incubation cycles to include both the old and new cultures. While this transition can take time, it is necessary.

Putting the right leaders in place is the logical first step. Leaders are critical to creating an environment where people actively decide to focus their discretionary energy on digital. It is the leader’s job to inspire the workforce and to build trust, so that people feel that they can think differently, innovate, fail from time to time, and still be supported.