Four Ways to Make a Smoother Transition Back to the Office

Required to return on-site? Our tips for switching to another new schedule. 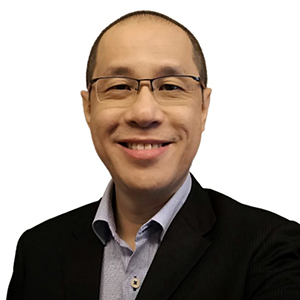 The era of the all-remote workday might be ending. On the professional networking site LinkedIn, the number of job postings offering remote work has fallen to 14% this fall, down from a high of 20% in March. Meanwhile, office occupancy in major cities is around 48%, a huge jump from the 20% at the beginning of the year, according to Kastle Systems, which tracks entries into buildings across the country.

Among the workers shifting to this new, new normal, feelings are ambivalent. According to a Microsoft survey, 38% of hybrid employees say that knowing when and why to come into the office has been their biggest challenge in navigating work in recent months. Many acknowledge the social and collaborative benefits of an in-person work environment, but still aren’t eager to return to commuting, dressing up, or dealing with the annoyances office life can sometimes entail.

Whether you’re returning to the office on a full-time or hybrid schedule, here’s how to make the transition a little smoother.

Get clear about the new rules.

At many companies, after an on-site mandate goes into effect, some people show up religiously while others don't come in at all—revealing that the new policy isn’t clear. “If you don’t understand the reasons or parameters for coming back, ask your boss to explain. Find out if, and how, the new policy will be enforced,” says Ngee Key Chan, a career coach at Korn Ferry Advance.

It can also be helpful to speak up about inequities created by the policy. For example, many US employees on H-1B visas feel compelled to comply, even without enforcement, because their residency is tied to their jobs. American citizens don’t have the same stakes, and without enforcement, many feel free to bend or ignore the rules. You can use your voice to advocate for yourself and your colleagues.

Working from home has blurred the lines between personal and work life, which many people say has had an adverse effect on their mental well-being. Transitioning back to the office, even on a hybrid schedule, gives you a chance to set new, healthier boundaries between work and life.

“Spend some time creating your new morning and evening routines,” Chan says. “Schedule things at the start and end of the workday, such as grabbing a coffee near your office, meeting friends for dinner, or taking a workout class.”

Plan for the challenges of two work spaces.

If you spend two days a week working from home and three days on-site, you’ll need to keep your home office. But going between two workspaces can throw you for a loop. To avoid sitting down at your office desk only to realize you’ve left your laptop at home, make a checklist of what you need when you change locations. To simplify your schedule, consider making your home days and office days consecutive and consistent. And career experts say to reassess after three months of this new routine. “If something isn’t working, talk with your manager to work out a situation that works for both of you,” Chan says.

Promote physical and mental well-being during the transition with little things you look forward to. For example, listen to your favorite songs on your commute, play online games like Wordle during your breaks, and schedule a lunch with a favorite colleague. Career experts say that small treats can make life transitions easier.