Experts fear that having to implement RTO policies might be the last straw for many midlevel supervisors. 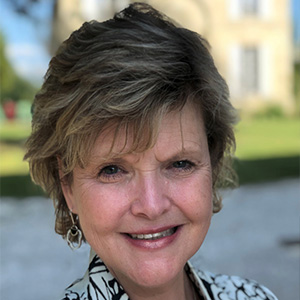 Being a middle manager often isn’t particularly fun when everyone is in the office, but it might be even worse with everyone not back in the office.

The men and women responsible for keeping both frontline workers and top executives happy are bearing the brunt of the turmoil caused by hybrid scheduling, according to a new study from Gallup. That follows a survey over the summer from Gartner indicating that about one-quarter of midlevel leaders “feel overwhelmed by their responsibilities,” and that a similar percentage “don’t feel mentally engaged at work.”

Experts worry that the current squeeze could cause a mass exodus of burned-out middle managers. “What we might be seeing is more and more people saying they don’t want to supervise people,” says Jennifer Pitts, a Korn Ferry senior principal who works with firms on mergers, acquisitions, and strategic workforce planning. “They don’t want the headache, especially if they have to be in the office.”

During the pandemic, it was middle managers who were tasked with keeping productivity up while everyone worked remotely. Subsequently, midlevel managers were overwhelmed trying to replace employees who left during the Great Resignation; the fewer jobs they succeeded in filling, the more slack they themselves had to pick up, Pitts says.

At some organizations, managers may be asked to implement return-to-office policies that their employees don’t necessarily agree with. At other organizations, top leaders have told employees to “work it out with your manager” with respect to their in-office schedule. These tasks, along with managers’ usual day-to-day activities, have been made more difficult, experts say, by hybrid environments and the lack of consistent face-to-face interactions.

Whatever the situation may be, middle managers can’t play favorites. “They have to make sure they are staying connected with all their team members and giving folks equal opportunities for development and consideration for projects whether they are in-person or remote,” says Elise Freedman, leader of Korn Ferry’s Workforce Transformation practice. At the same time, middle managers, regardless of where they are working, are getting pressure to satisfy the expectations of top executives.

It’s perhaps not surprising that hybrid managers feel less connected to their company culture than remote or on-site managers do, according to Gallup. “Middle managers are really feeling a lack of connectivity to their mentors,” Pitts says.

Middle managers are traditionally the most stressed employee group. A vast survey conducted by Columbia University in 2015 found that 18% of managers and supervisors reported symptoms of depression, while only 12% of frontline workers and 11% of owners did. A separate 2014 study found that managers’ job satisfaction ranks in the bottom 5%.

Experts fear that without extra support, many managers might simply leave organizations or, at the very least, quit being supervisors. Midlevel workers have seen lower-percentage salary gains than lower-level workers recently. In some cases, the pay is the same as that of individual contributors, but managers have far more headaches, says Juan Pablo González, leader of Korn Ferry’s Professional Services practice. He notes that one of his friends just quit his job in management to resume his role as an individual contributor. “He’s thrilled,” González says.