International Women’s Day: This Year, More Than Ever 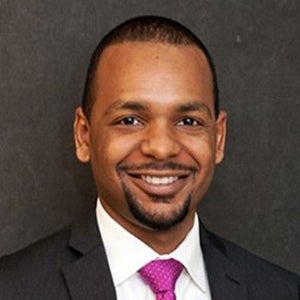 The software firm has enjoyed quite a pick-up in business since last summer, a growth boom only interrupted slightly by the Omicron variant. It has been hiring, shelling out bonuses, and sending congratulatory notes to staffers left and right. Yet the head of the sales department, a 44-year-old female, executive, is not feeling very excited. Actually, she’s not feeling much of anything about anything. She’s just exhausted. And, well, done.

She’s not alone. When pressed, even most men will agree that women carried society through the pandemic, providing billions of hours of childcare, education, and caretaking, all while holding down jobs or having to leave those jobs. And they have not yet recovered. A LinkedIn poll found that 74% of women are experiencing work-related stress (compared with 61% of men), and a study by Maven found that working women are 23% more likely to burn out than men. This burnout often presents itself not quite as depression or fatigue but as a partial shutdown. As one expert on exhaustion put it, “it’s this lack of brightness. The full extent of their person isn’t showing. They’re weary.”

This makes 2022's International Women’s Day much more important than in previous years. But how can a company appropriately acknowledge that women saved the world without that acknowledgement seeming canned or paternalistic? Experts say the key is to use the day to both celebrate and support women, while also launching or furthering programs that will genuinely support them long term. “Treating it as a one-time thing probably doesn’t do service or justice to the challenges that women have experienced,” says JT Saunders, chief diversity officer at Korn Ferry.

Understanding the broad nature of the problem is essential. “Overall, women’s psychological health, careers, and self-image have just taken huge hits,” says Andrés Tapia, global Diversity, Equity & Inclusion specialist at Korn Ferry. “If companies don’t address that, they’re not going to be able to get that workforce back fully engaged and committed.”

Experts suggest several actionable steps that can be taken on International Women’s Day. Jane Stevenson, global leader of the CEO Succession practice at Korn Ferry, suggests that managers take the opportunity to tell high-potential women what heights their careers could reach. “Share your vision of what’s possible for her, and then empower and enable that,” she says. “Women tend to underestimate themselves.” Another is to announce ongoing programs that truly do support women. This can be childcare benefits or subsidies—or flextime. “This is the time to do it,” says Tapia. “Women are going to go to the places that offer it.”

If looking for an initiative to announce, some firms could also launch a data-gathering project to understand what women are saying they need. “A data-driven approach often surprises us in terms of what we thought was the issue vs.  what it really is,” says Saunders.

Stevenson encourages leaders to use the day as an opportunity to evaluate their leadership pipelines. The first question to ask is How many women are in P&L roles before age 40? Companies that dothis well often have programs placing high-potential women in early P&L roles such as plant general manager, she says. “That’s the secret sauce.” Another question to ask: How many female CEOs—here or elsewhere—has this company cultivated? This line of questioning acknowledges the success of firms that have produced a pipeline of women who go on to lead elsewhere.

The day also provides an opportunity to educate managers about the harm resulting from not promoting or giving special assignments to women who missed time in the workforce. “Recognize that doing that is basically punishing women for stepping away,” Tapia says. Avoiding this requires proactive awareness and effort, he adds. “If you just let things run their course, you have set back the advancement of women in a significant way.”