This Outgoing CEO's Mission Is Worthy and Necessary

Indra Nooyi wants to see more women CEOs and board directors. How all firms can fill their leadership pipelines. 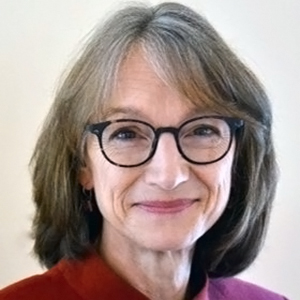 This week Indra Nooyi announced that she’s leaving her role as CEO of PepsiCo, but she already has a new job. She isn't going to be CEO at another firm, nor is she joining a slew of corporate boards. Her post-PepsiCo plans: developing and promoting women leaders.

“We have to keep fighting the good fight to develop women, to mentor them, to support them, so that we can get more highly qualified women—and there’s plenty of them—into the boardroom, into C suites, and into the ultimate CEO job,” she said in an interview with Bloomberg. “My job is in fact just beginning.”

The issue of developing a robust pipeline of female leadership talent is a critical opportunity for many organizations and many industry sectors. “The most important thing leaders can ask is what their female talent needs and who’s going to be accountable to make sure they get it,” says Peggy Hazard, a Korn Ferry associate client partner who specializes in leadership development. “Where the pipeline leaks is usually in the follow up to those sorts of things.”

For years, corporate boards have vowed to bring more women into the executive talent pool, of course, yet building the right environment and identifying top female leadership candidates early in their careers remains elusive. Implementing process checks and educating leaders to recognize unconscious bias during hiring, promoting, succession planning and the like can help neutralize inequities and keep high potential female talent from being filtered out.

Another way organizations can build out their female leadership pipeline is by simply telling them that top positions are legitimate career goals. According to data from the “Women CEOs Speak” study Korn Ferry conducted in conjunction with The Rockefeller Foundation, 65% of the female CEOs surveyed said they only realized they could become a CEO after someone told them so. That statistic underscores the importance of sponsors—who, unlike mentors, don’t simply act as counselors but use their influence to promote promising executives—to advancing women. “Sponsors are the people in the room with the power to move you forward,” says Jane Stevenson, Korn Ferry’s global leader for CEO Succession and vice chairman of Board and CEO Services. “It’s not who you know or what you know, it’s who knows what you know.”

It’s also what makes Nooyi’s commitment to preparing more women for CEO and corporate board positions so vitally important. Her departure from PepsiCo drops the number of female CEOs in the Fortune 500 to 24, data from research firm Catalyst shows. This year alone, the CEOs of Campbell Soup Co., Mattel, Mondelez International, and Staples—all women—stepped down. At the board level, only 10% of lead independent directors and 4% of board chairs are women.

Once identified, however, organizations must prepare women for leadership roles by getting them the critical experience they need to fill gaps and gain necessary skills—for example, promoting high-potential women into roles with profit-and-loss responsibility, which is typically critical to becoming a CEO. “Organizations need to recognize what are the pivotal roles, key assignments, rotations, and connections that need to happen to prepare women to drive the business forward,” says Evelyn Orr, vice president and COO of the Korn Ferry Institute.