A Breakthrough in Pharma

This week healthcare leaders at Bristol-Myers Squibb, Celgene, and Amgen found a way to make two big deals work, with help from a nasty skin condition. 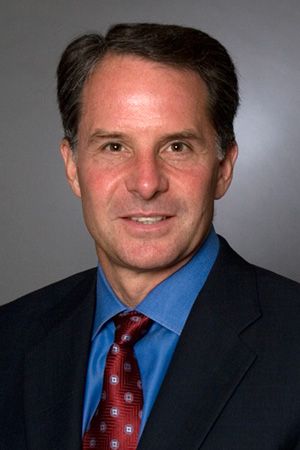 There’s nothing pleasant about psoriasis, the chronic condition that causes itchy, scaly skin in millions of people worldwide. But this week, healthcare leaders may have found a way to put the ailment to good use—as a means to execute a huge industry merger.

Amgen Inc. has agreed to buy Celgene’s psoriasis medicine Otezla for $13.4 billion. That deal’s price tag is noteworthy in and of itself, but experts say the transaction should allow Celgene to sell itself to bigger rival Bristol-Myers Squibb for $74 billion, one of the largest deals in industry history. United States regulators have been scrutinizing that larger transaction, announced in January, over anticompetitive concerns related to anti-inflammatory drugs, of which Otezla is an example.

Every pharma company is on a constant search to resupply its pipeline of treatments, give its sales force another drug to market to doctors and hospitals, or cut costs. “This deal checks all the boxes,” says Jay Kizer, president of Korn Ferry’s Life Sciences practice. Amgen adds a complementary skincare drug to sell along with its own psoriasis treatment, Enbrel. And, assuming the larger merger now gets approved, the Bristol-Meyers/Celgene combination would bring together two of the largest sellers of cancer-fighting treatments.

Many Big Pharma firms have to take on huge opportunities just to make a significant impact to their bottom lines. That’s led to a flurry of acquisitions over the last year. In January, Eli Lilly & Co. said it would buy Loxo Oncology for about $8 billion. In June, AbbVie Inc. agreed to acquire Allergan for about $63 billion.

It’s also led to some creative dealmaking, too, Kizer says. Pfizer, for instance, said it would merge its division of off-patent drugs with Mylan. Before that, near the end of 2018, Pfizer combined its consumer division, which sells Advil, vitamins, and other medicine-chest staples, with GlaxoSmithKline’s consumer-health business into a joint venture that will eventually be spun off.

Experts say leaders in any industry need to look beyond just the financial impact of deals. Indeed, it’s essential for executives to work on the much less glamorous but often more difficult task of making the mergers successful. In general, unless management can help the workforce get through the merger smoothly, then the gains from the deal almost never wind up as big as what was initially envisioned, says Alex Jakobson, who leads Korn Ferry’s Corporate Transactions and Transformation practice.

In the case of these three big healthcare companies, there are thousands of jobs likely to be created, eliminated, or just changed. As separate firms, Bristol-Meyers Squibb, Celgene, and Amgen have about 50,000 employees. The challenge for the leaders is to look at their new employee pool and develop new productive teams, identify the best talent, and keep people engaged. “The people aspect is as important, if not more important, than the financial aspect,” Kizer says.