A new Harvard study puts another wrinkle on corporate efforts to convince workers to return to the office. 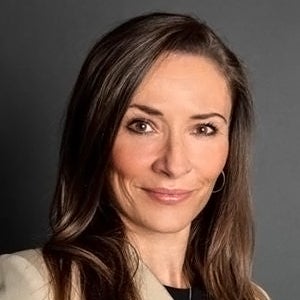 The HR executive grinned at her company’s back-to-the-office plan. It checked all the boxes: staggered schedules, spaced desks, clear vaccination policy, videoconferencing equipment galore. Phew. And yet this week she must pull it back out, as another box to check has appeared: office air pollution.

A new, long-awaited study by the Harvard T.H. Chan School of Public Health found that air pollution and poor ventilation are common in office buildings around the world—and that they impair workers’ cognitive function more severely than previously thought. The researchers say that improved air filtration and ventilation are “essential public health strategies that may improve employee productivity.”

To be sure, issues around office air quality have arisen before. But experts say workers have become more sensitive about their surroundings since the pandemic began. “As the findings become more known, firms risk facing grievances and even litigation from employee groups,” says Mark Royal, a senior director with Korn Ferry Advisory. The results may add yet another wrinkle to many firms’ return-to-the-office efforts. “People have plenty of reasons not to want to go back to the office, and here’s one more,” says Juan Pablo González, sector leader for professional services at Korn Ferry.

Companies need to openly acknowledge the findings, says Kamma Braham, Korn Ferry’s head of assessment and succession. “Be up-front about it,” she says, suggesting transparency, such as inclusion at a town hall meeting. The messaging is: We’re aware of this, we’re taking it very seriously, and we’re doing research and testing. Where possible, Braham says, the information is best tacked onto an existing initiative, such as adding new office space and considering conditions when doing so.

Royal says that the grievance and litigation risk is best avoided by “making demonstratable efforts to ensure high air quality.” The research findings can also serve as further incentive to upgrade ventilation and filtration systems. “If organizations are looking for additional motivation, this is research showing that air quality impacts cognitive functioning and productivity—I think that’s compelling,” says Royal.

Firms can savvily harness the news to bolster other back-to-work efforts, says Elise Freedman, leader of Korn Ferry’s Organizational Strategy and Workforce Transformation practice. “A lot of organizations are making big splashes by building return-to-work sites, and this is a natural add-on to their focus on keeping people healthy.” She suggests that companies first think through their approach to air safety, and then be communicative and transparent about those efforts. “That’s the way to tackle this.”