Korn Ferry’s latest survey shows that 25% of key roles are now held by women, but the CEO job is still dominated by men. 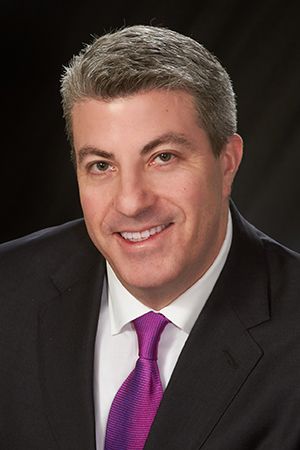 More women are holding the nation’s most important corporate roles, just not that many more.

Women now hold 25% of the five critical C-suite positions. That’s an increase from 23% in 2018, according to a new Korn Ferry analysis of the nation’s 1,000 largest corporations across eight industries. Still, women hold a majority of only one of those spots, CHRO, and only 6% of CEO spots are held by women, unchanged from 2018.

“In every industry we analyzed, there’s a tremendous need for improvement to bring more women to the C-suite,” says Jane Stevenson, global leader of Korn Ferry’s CEO Succession Services. The onus is on both women to seek out experiences that can help them lead and organizations to create an environment where women can succeed, she says.

The Korn Ferry analysis reviewed the positions of chief executive officer, chief financial officer, chief information/technology officer, chief marketing officer, and chief human resources officer. Among the eight industries, retail has the highest percentage of female CEOs (12%). In contrast, healthcare has the fewest, at 1%.  Women hold 55% of the CHRO spots across industries; only retail doesn’t have at least half of its CHRO spots held by women, and even there, women have 49% of those roles. “In recent years the CHRO role has been increasingly tied to business success as leaders understand that talent, when properly motivated and deployed, can be a significant lever for differentiation,” said Dan Kaplan, a senior client partner in Korn Ferry’s CHRO Practice. “Woman CHROs bring several competencies to the table, including collaboration, agility, empathy and an ability to coach and influence that are critical to successfully optimizing the leadership of an organization.”

About 45% of employees at the nation’s largest firms are women, according to various studies. But female representation diminishes considerably up the leadership ladder. It’s hard to pinpoint exactly how gender influences hiring and promotion. Some argue that women choose human resources rather than finance and family over career. Others point to implicit bias, overt discrimination and disadvantaged structures that drive women away. Many of the women who have become CEOs at large organizations say they hadn’t even considered vying for the top spot until they had a sponsor tell them they were well-suited for the role.

Whatever the historic reasons for the lack of representation, companies must commit to developing a pipeline of women leaders, experts say. “It’s critical that both talented women and those around them focus on creating a clear path for advancement,” Stevenson says. 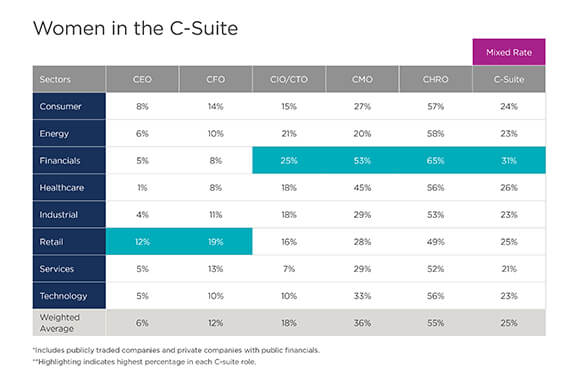