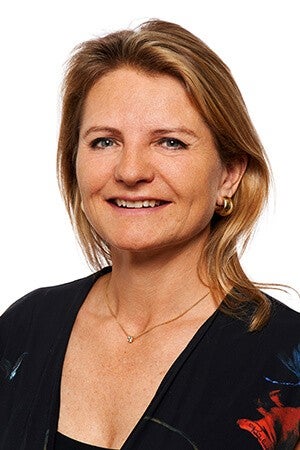 Frederika Tielenius Kruythoff is Managing Director of Korn Ferry Executive Search in the Netherlands and Senior Client Partner responsible for the EMEA Chemical as well as Agri practice. She is a member of the Firm's Global Industrial Market and EMEA board practice.

Prior to joining Korn Ferry in 2012, Ms. Tielenius Kruythoff spent over 20 years in the chemical, food and beverage ingredient markets in commercial and general management roles.

She joined the search industry after having spent six years with Royal DSM, where her last position was global commercial director of DSM Food Specialties, based in The Netherlands.

Earlier, Ms. Tielenius Kruythoff was with Unichema (Unilever, subsequently ICI) in Germany where she was, among others, responsible for the global catalyst business.

Ms. Tielenius Kruythoff began her career with Ciba-Geigy in Italy and Switzerland. During this period, she held a global Marketing role in the textile dyes division with a focus on the Asia and North America markets.

Ms. Tielenius Kruythoff holds a Polytechnic business degree. She is fluent in Dutch, English, German and Italian, and has a good understanding of French and Spanish language.