Briefings Magazine
A Tenacious Turnaround
The CEO of Hanger Inc., a leading prosthetics and orthotics service provider, tells a remarkable story of coming back from financial restatements and a stock market delisting.

Vinit Asar had hoped that his 50th birthday would be a chance to be around family, friends, and close colleagues. Even for a few minutes, the CEO of Hanger Inc. thought he’d get a momentary respite from the trials and turmoil his company faced.

Instead, Asar was in the same place he had spent much of his time as head of the country’s largest provider of prosthetic and orthotic services, meeting with directors and lawyers about the ramifications of decisions made long before he took the job. Now, at his 50th birthday party, amid an audit-committee investigation into multiyear accounting restatements and accounting irregularities, Asar got a call no CEO would ever want: the New York Stock Exchange was delisting Hanger’s shares. To buy or sell shares, investors would have to go to the so-called “pink sheets,” an over-the-counter market long shunned by many investors.

“I’ll never forget it—I was assembling the board and putting in a poison pill while shaking hands and smiling as everyone wished me happy birthday,” says Asar.

But while most companies would never survive all this, Hanger has quite a different story to tell today. Its stock is back trading on the NYSE, its share price more than eight times higher than its lowest point after the delisting in 2016. Asar, who was cleared of any wrongdoing by the audit-committee investigation, is still the boss, and told investors recently that Hanger is in the “best position it has ever been” to grow.

As David Vied—Korn Ferry’s global sector leader of medical devices and diagnostics, who worked with Hanger on its recovery—puts it, the new CEO had to face “issues he didn’t create” at the start. “The level of tenacity demonstrated by Vinit and his team to keep the company focused during this turnaround was extraordinary.”

Of course, tenacity isn’t the only thing that saved Hanger. The company’s story—and Asar’s—goes far beyond the potentially crippling accounting woes and digs deep into what recovery at a high corporate level can require. For leaders, it is a rare glimpse into what is needed to turn around a company caught in a downward spiral. 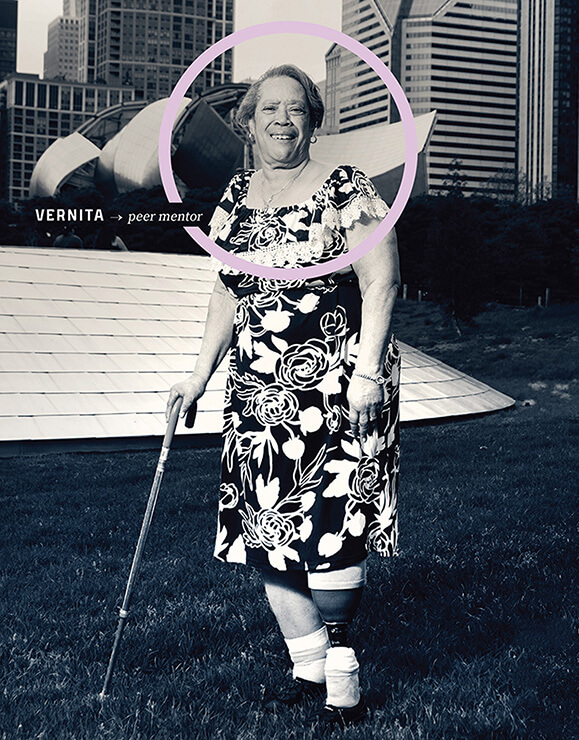 Hanger’s lineage dates back to June 1861 and the Battle of Philippi, the first land battle of the Civil War. Confederate soldier James Edward Hanger was in a barn when Union forces opened fire. A cannonball ricocheted into the barn and tore through Hanger’s leg, requiring what would be the first battlefield amputation of the war. After returning home, Hanger would design his own artificial leg that had a critical feature most didn’t: a stable, articulating knee for better comfort and movement. He would get a patent for that, helping to launch a company that has lasted 158 years.

Hanger spent most of that history avoiding any turmoil. But starting in the mid-1990s, the company embarked on a roll-up strategy that would ultimately create headaches in the future. In 1999, the company instantly doubled its size when it acquired the orthotics and prosthetics business of NovaCare. In addition to that deal, from 1995 to 2008, Hanger made roughly 100 other acquisitions. In 1999, Fortune ranked Hanger 79th on its list of 100 fastest-growing companies. It would go on to grow to 800 clinics in 46 states across the country, generating more than $1 billion in revenue.

Asar himself would join Hanger in 2008, as its first chief growth officer. He had worked up the ranks of the medical-devices division of Johnson & Johnson, and after successfully identifying many new businesses for Hanger, was appointed chief operating officer in 2011. Less than a year later, he became CEO.

He got six months to help the company grow, but when the Securities and Exchange Commission began asking questions, first on a routine basis but eventually through its enforcement division, the headaches would begin to snowball: Hanger and its outside auditor would begin to uncover problems in various areas of the company’s accounting. Ultimately, the company restated four years’ worth of financial statements, reducing pre-tax earnings for those years by an aggregate of more than $175.1 million. “The company didn’t have the proper infrastructure to support its high growth,” says Vied. Asar is more blunt. “The accounting practices weren’t strong at all.”

But as it would turn out, Asar’s initial plans for the firm when he started as CEO were just what Hanger would need to begin the road toward recovery. His plan was to refresh the board and transform the executive management team. “No one gives you a playbook on how to refresh your board of directors,” he says. Complicating matters was that the firm’s prior two CEOs were on the board at the time, and nearly all the existing directors had ties to them. Working closely with the chairman of the board, Asar began the process of recruiting experienced, independent public-company directors.

With the board refresh still in progress, the accounting crisis hit full force in late 2014 and early 2015. As the audit-committee investigation began, Asar established several key precepts. First, after discussions with his general counsel, Asar demanded complete transparency. “Once the issues came up, our lawyers and auditors had to have free rein to fully investigate the issues, and the chips would fall where they may,” Asar says.

Second, he told the company’s operational leaders, managers, and employees they had one directive: make sure the patient stays at the core of Hanger’s business. “Our mantra is empowering human potential, and our services help people get their lives back,” Asar says. “That resonates with our employees in a huge way, and it kept everyone together through the hard times.” Asar embarked on a listening tour of Hanger’s clinic locations, visiting 60 to 80 of them annually over the course of the next several years. One of the biggest cultural changes Asar made at Hanger came from this time in the field, expanding on the company’s mantra, and clearly defining the company’s purpose as “Empowering Human Potential Together.”

“Out in the field, there was a little bit of embarrassment about what we were going through,” Asar says. “Clearly defining our purpose and adding ‘together’ to the end of our mantra was a small change that everyone could rally around.”

Despite the accounting woes, Asar spearheaded the efforts to successfully refresh the board with new directors who have extensive public-company or healthcare-industry experience. He has also replaced most of the company’s executive leadership team. Included among the new director and executive-officer recruits are former C-suite executives at Abbott Laboratories, Bayer, Hospira, Humana, and Kaiser Foundation Health Plans, among others. “That’s a remarkable feat to accomplish in the midst of Hanger’s issues,” says Vied, who helped on some of the C-suite and board placements. Conversely, Asar cites as a point of pride that throughout this process, the turnover rate for Hanger’s clinicians, whom he refers to as the heart and soul of the company, remained steady.

The leadership makeover marked the first in a three-pronged strategy to turn around Hanger, which Asar and his team boiled down into a pithy tagline: Stabilize. Prepare. Grow. The first two parts involved getting through the investigation and rebuilding the accounting and financial-reporting function. Now, Asar says, it’s time to return to growth.

Indeed, Gregory Button, president of Korn Ferry’s Global Healthcare Services practice, says the perception of Hanger today is very different than it was just five years ago. “People feel better about where they are,” says Button. “When you go through this sort of situation, you are completely inundated with compliance, structure, and process, which stymies your ability to do anything else. Now they are at a point where they can shift focus from inside to outside.”

Button cautions, however, that Hanger—and by extension Asar—isn’t out of the woods yet. “They still have to perform and prove themselves to get back to where they once were in the eyes of investors,” he says.

Put another way, investors need to be able to trust Hanger again. That’s why, about a year ago, when it became clear Hanger was moving beyond its sins of the past and would relist on the NYSE, Asar and his chief financial officer brought in a new head of investor relations. The three set out on a series of multicity road trips to reconcile with old Hanger investors and find new ones. The effort resulted in an almost entirely new investor base, particularly among its 10 largest shareholders.

For Asar, the turnaround is particularly redemptive. He left a promising career at Johnson & Johnson to live out his CEO dreams at Hanger. Then they quickly turned into a nightmare. “I took a chance on making a change, and I couldn’t just walk away. I believed in the mission,” he says.

In early 2017, the company was still knee-deep in its turnaround when Asar got a call from Hanger’s general counsel. Thanks to the transparency, investments, and leadership changes he spearheaded at Hanger, the SEC was shutting down its investigation—without filing charges against the company.

“It was the single best phone call of my career,” he says.

Then in the late summer of 2018, more than two years after that 50th birthday phone call, Asar heard again from the NYSE—this time that the company’s shares were approved for relisting. Two months later, on Veterans Day, he and other executives stood in the Exchange with the retired senator, ex-Navy SEAL, and Hanger patient Bob Kerrey and other veterans for the final redemption—ringing the opening bell. 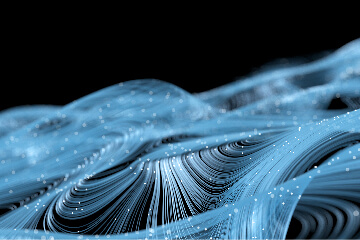 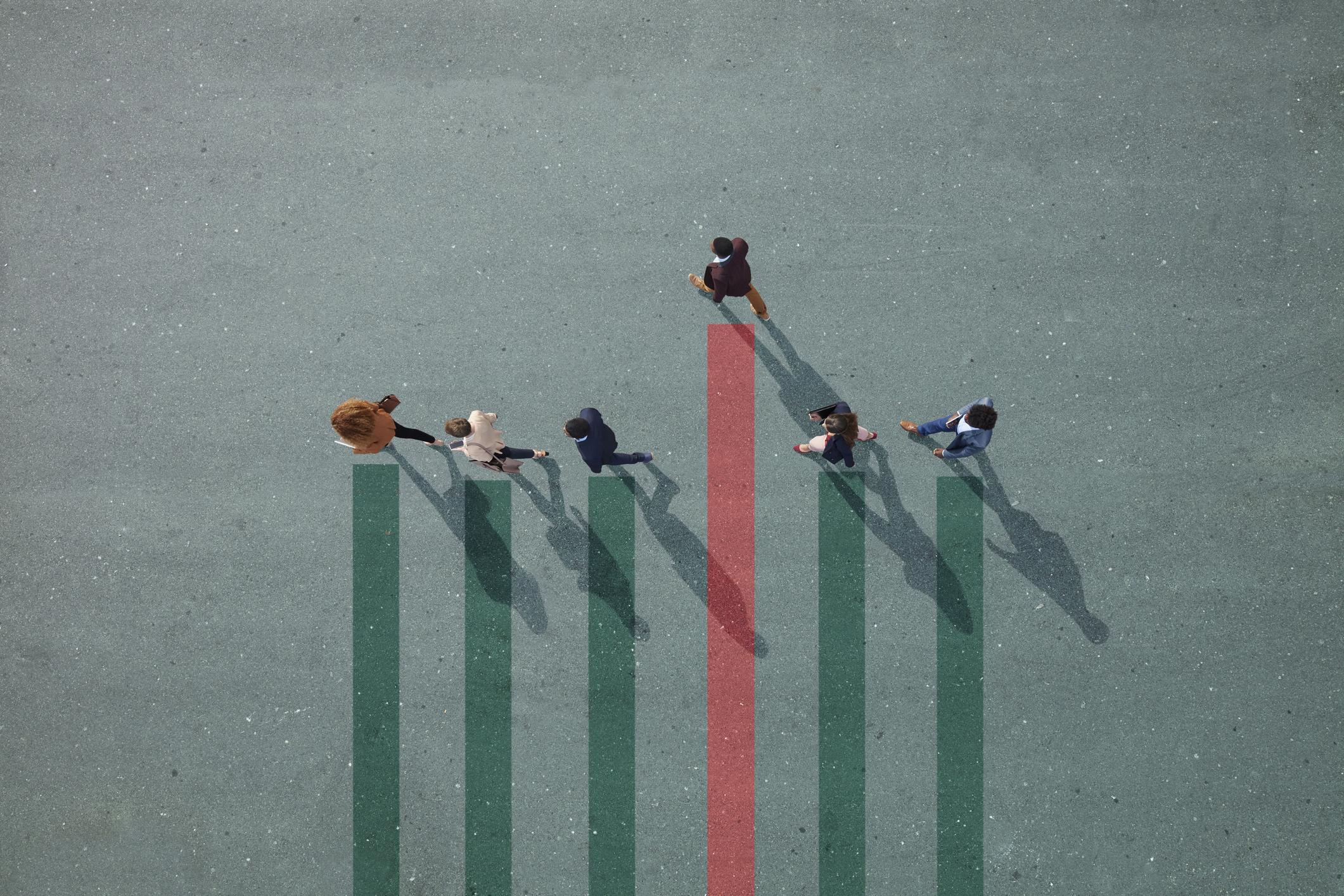 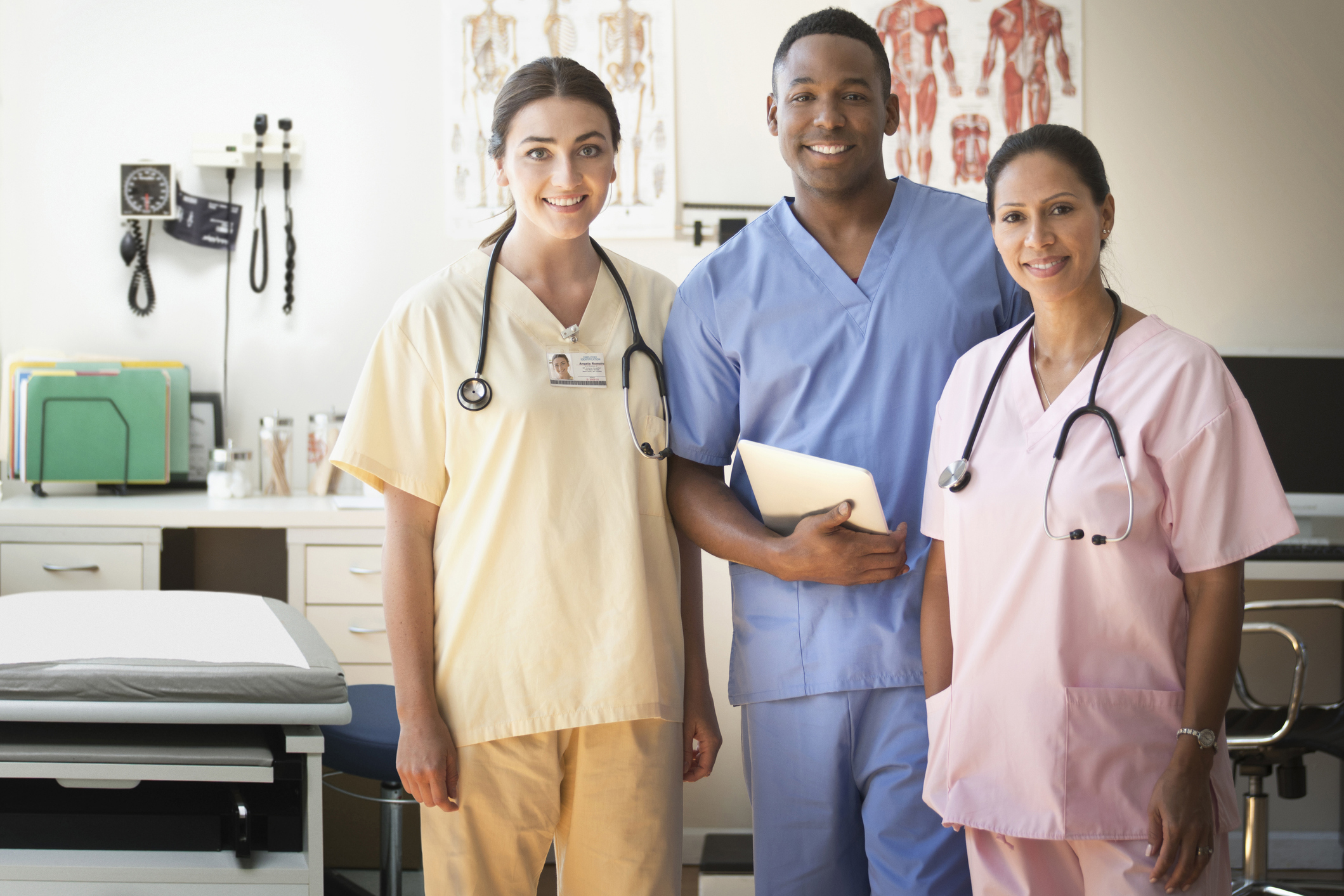 Women who took hiatuses from work are returning in force. Are companies finding the right roles for them?
Read More
Briefings Magazine

For most, roller coasters are a weekend thrill. But this multibillion-dollar business is full of leadership lessons.
Read More
Briefings Magazine

A new generation of doctored news stories, photos, and videos is emerging. How leaders are dealing with the influx of easy to-make and surprisingly effective “deepfakes.”
Read More
Sign Up for our 'This Week in Leadership' email