Some critical meetings may soon be held in person, but how well do they work with social distancing?
Download PDF

The deal looked good on paper.

And yet Michael, a private equity associate, didn’t feel like he could do his due diligence without a site visit. So despite travel concerns during the pandemic, he hopped on a plane to tour the company’s facilities and, more importantly, meet with the sellers in person.

But when he arrived and sat down at the socially distanced conference table to hammer out the details, he found himself in a new and frustrating situation: he couldn’t read anyone’s face. All the in-person soft skills that Michael typically used to suss out a deal—smiles, facial expressions, even actual words—were masked by masks. He left wondering if perhaps he would’ve learned more through yet another phone meeting.

Even with many business interactions still happening via phone or video, the conundrum Michael faced is one that many professionals may encounter in the not-too-distant future. Indeed, since no one is used to masks, leaders and staffers alike who are already back in the office have discovered that “mask communication” can have significant drawbacks when clarity is critical. “Masks have functionally given everyone a hearing impairment,” says Patricia Johnson, a doctor of audiology and assistant professor at the University of North Carolina School of Medicine at Chapel Hill. “We’ve lost the ability to lip-read, so you’re forced to rely on your hearing, which is degraded by the physical barrier of a mask.”

And with up to 40 percent of English speech sounds visible from the lips, the loss of such a capability is leading to an increase in miscommunication and frustrations, as people have to repeat things more often. “Culturally, we hate to repeat things,” Johnson says. “We assume other people weren’t paying attention.” 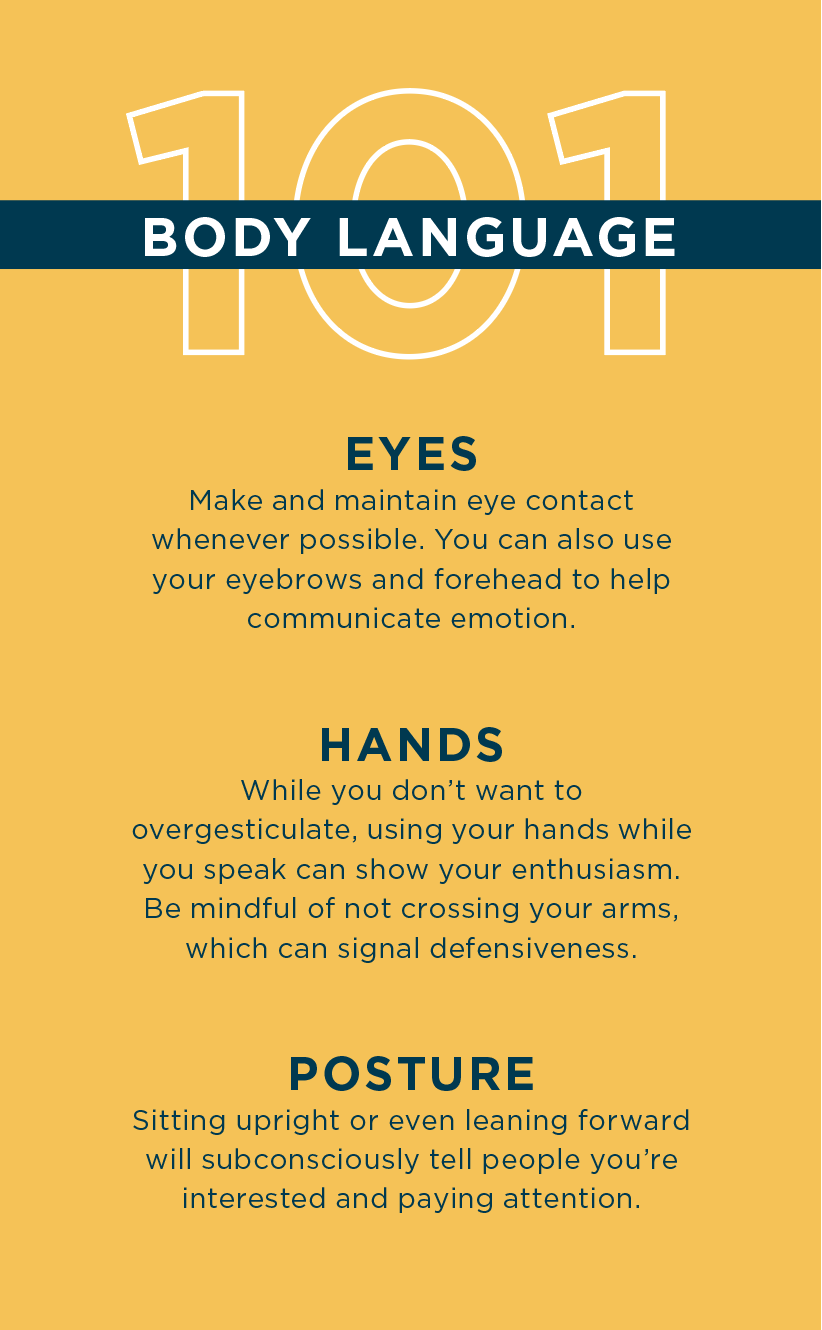 Of course, business has evolved with other communication roadblocks. It wasn’t long ago that executives swore they wouldn’t communicate via email—let alone a tweet. But a cloth over your mouth is completely different, because we read faces as a whole, taking in movements around the eyes, the mouth, and even the forehead. So when half those movements are covered, it can be hard for our brains to recalibrate, psychologists say. Moreover, reading faces helps us understand context within social interactions—because while someone may be saying he’s happy, his face may be expressing a very different feeling.

The actual cloth, too, makes for a completely different hearing scenario. Johnson says the physical barrier changes the sound waves that reach a person’s ear, meaning “wish” may sound like “with.” That’s because high pitches can’t travel through the material and you start to lose access to consonants, particularly f, s, sh, and th, which help us distinguish what we hear. It’s that double whammy—the lack of facial expression and the physical barrier altering sounds—that makes communicating in masks so difficult.

Knowing this, leaders can increase the likelihood of successful communication by ensuring they make eye contact with people or by saying their name. This gets their attention from the get-go. Then, proceed by slowing the rate of your speech just slightly, Johnson says. This gives the listener extra time to catch up in terms of auditory processing. It’s also important to pay close attention to your tone. In a study detailed in the 1971 book Silent Messages, UCLA professor Albert Mehrabian found that if there was a mismatch between what a person was saying and the tone of his voice, listeners trusted the tone over the actual words.

It’s also good to play up body language. Someone who is slouching may not be as interested in the topic at hand as someone who is leaning forward and using her hands while she speaks, says Gabby Lennox, a career coach at Korn Ferry Advance. For one of her clients who was going to an in-person interview, Lennox even advised him to smile bigger; though the smile itself would be covered, the interviewers would be able to see his eyes crinkle up to show enthusiasm.

For those who still find themselves missing something in conversation, instead of just saying, “What?”—which inadvertently signals that you weren’t paying attention—repeat back what you heard and ask for specific clarification. And when in doubt, follow up with a good old email. “The last thing we want is more emails, but these days, it could be really helpful,” Johnson says.