Latest News
Vacations That Won’t Happen
Our survey suggests firms still have a long way to go to encourage people to take time off.

The American worker has a long history of being innovative and resourceful. But ask them to take a true vacation—a real break from the office—and a remarkable number continue to struggle.

On the eve of the Memorial Day weekend that launches the country’s traditional summer break, a new Korn Ferry survey suggests that while 19 out of 20 US residents are planning to take a vacation lasting at least one week long this year, the majority (71%) still check in with the office one or more times each day. And that’s just part of the sad trend: two out of three respondents said they’ve cut short a break or canceled one for work reasons.

Of course, many workers say today’s work environment makes it hard to switch off. But clearly, some have only themselves to blame. “There is nothing more annoying than getting an email from a colleague on vacation who is complaining about not being able to enjoy their vacation,” says Nathan Blain, a senior client partner for Korn Ferry in Washington DC. “We value vacation and want to get away, [but] then we turn on our phone.”

Still, in an age where companies are expected to promote better work-life balance, some argue firms aren’t doing enough to help workers slow down. So while individual managers may carve out time to replenish their psyche, their company leaders often don’t encourage taking time off even if the words differ. “Their actions often show that they don’t really mean it,” says Susan Snyder, Korn Ferry’s North American organizational strategy leader.

At too many firms, experts say, top executives still often skip vacations themselves, which provides the wrong role model for junior staff to follow. Despite the well-documented benefits of taking time off, leaders of large companies generally pursue more tangible output from employees. “At the end of the day, the focus tends to be on results and responsiveness,” Snyder says.

There are exceptions to the rule. For instance, Detroit’s auto manufacturers have a long history of stopping operations for a couple of weeks each summer to allow for retooling the machines for new car models. Other firms close down over the Christmas period, thus ensuring workers get a break.

Experts say the real risk of workers working straight for too long, of course, is employee burnout and the trickle-down effect that has on engagement, productivity, and performance, especially mental acuity. “You are ‘on’ 24-7 when you are not on vacation, and if you stay in that state, you are not creating space in your brain to think,” says Snyder. She says, when she takes a vacation, she explicitly tells people when she’ll be available, such as a period when she can respond to emails. That way, the rest of her time is free. “I see executives who do that in different ways,” she says.

But all efforts aside, the drive for income continues to outweigh the desire for rest: 70% of those in the Korn Ferry survey said they’d prefer a raise over more vacation time. “From the employees’ perspective, cash is king; it is the most liquid form of compensation,” says Tom McMullen, a senior client partner in the Korn Ferry’s Reward Expertise practice. But that remains a challenge at many firms; of all the forms of remuneration, giving an employee a wage hike is the most expensive. “An employer who gives a raise to an employee ends up paying for it as long as that person stays with them,” says McMullen. 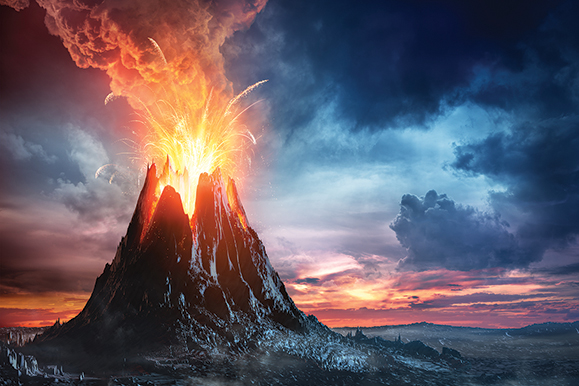