The Rise of Director Pay Litigation: How You Can Limit Vulnerability

In recent years, lawsuits over claims of excessive director compensation have posed a new concern for board members. 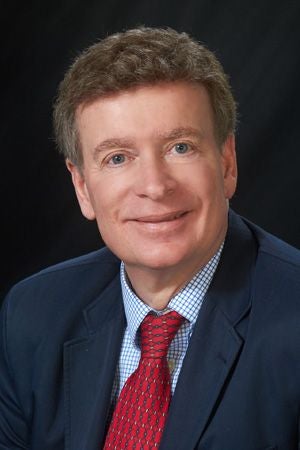 In recent years, lawsuits over claims of excessive director compensation have posed a new concern for board members. Compensation committees, as a result, have taken a more defensive stance in accordance with the advice of legal counsel.

The scrutiny of director pay can be traced to 2012, with the Delaware court decision in Seinfeld v. Slager, which refused to dismiss the plaintiff’s claims regarding excessive director pay. Since then, various lawsuits relating to director compensation have alleged a breach of fiduciary duty, unjust enrichment and a waste of corporate assets. While court decisions and settlements have been mixed, some have fueled concern for companies. For example, an April 2015 decision in Calma v. Templeton allowed such claims to proceed against Citrix Systems Inc. and its board of directors.

In October 2015 another Delaware decision (Espinosa v. Zuckerberg, et al.), involving the pay of Facebook’s directors, gained national attention when it allowed a shareholder suit to proceed. Although such rulings do not address the merits of the claims, they may prompt settlement even when defendants would be expected to prevail at trial. That is indeed what happened in the Facebook case earlier this year, when the defendants agreed to a settlement that included the payment of the plaintiffs’ attorneys’ fees, despite facts strongly favoring the board’s position.

Why Director Compensation Is an Easier Target

Since the various approaches taken by plaintiffs in litigation regarding excessive executive compensation have yielded little beyond nuisance value, plaintiffs’ counsel have turned to director pay as perhaps an easier target. And that may in large part be true, even though director compensation is often a relative pittance compared to CEO pay. There are two hurdles that must be cleared in litigation over executive pay that don’t apply when suing over director compensation.

First, compensation litigation is commonly structured as a “derivative action”—that is, an action by a shareholder who alleges the board or company failed to act appropriately. In a typical case, the shareholder is required to demand that the board of directors pursue a claim, and can only proceed if the demand is refused or when making a demand would be futile, such as when directors are a self-interested party. Bottom line: Director compensation suits are more streamlined. “Plaintiffs’ lawyers can skip the legal requirement to file a ‘demand’ with the directors and go straight to court,” says Mike Melbinger, a partner in the employee benefits and executive compensation practice at Winston & Strawn.

Second, in claims regarding executive pay, directors generally are able to rely on the protection of the “business judgment” rule, which presumes that the board of directors is acting in good faith and in the best interest of the company. However, where claims relate to director pay, Melbinger notes, “Because the directors are ‘interested’ in decisions on their own compensation, the full protection of the business judgment rule may not apply.” Rather, directors’ decisions on their own compensation typically would be subject to the “entire fairness” test, which considers the overall fairness of such decisions, and thus may be able to survive a motion to dismiss the case in its early stages. If the plaintiff (shareholder) is able to proceed, the costs of litigation may become significant, prompting a settlement even when the defendant directors are likely to ultimately succeed on the merits.

Protecting against Lawsuits over Director Pay

Well-advised boards understand that plaintiffs’ attorneys will be scrutinizing director pay disclosures in companies’ proxy statements, looking for instances where claims of excessive compensation may be viable. Accordingly, at a minimum, boards should consider possible steps to limit this vulnerability.

The approach most often recommended is to make sure that director pay is subject to “meaningful” annual limits, particularly on equity compensation. This starts with a review of the company’s existing arrangements regarding director pay. If no such limits are currently imposed, they should be developed and added. While such an amendment of the company’s equity incentive plan typically can be made without stockholder approval, ratification by stockholders at the next appropriate opportunity (such as when seeking approval for additional shares) will help to ensure desired protection. In addition, limits on annual retainer fees for directors can be included in board or applicable committee minutes. Of course, what is considered “meaningful” will vary depending on the company and its facts and circumstances (including whether a company’s director compensation is above median for its peer group).

Others suggest a multifaceted approach in protecting board members from litigation over their pay. Here Melbinger goes beyond simply imposing annual limits and suggests, “Among the steps that boards should take to protect themselves, they should review and amend, if necessary, the company’s stock incentive plan and other documents that reference director compensation; commission a consultant to review and compare the directors’ compensation against peers’; and consider expanding the discussion of directors’ compensation in the proxy statement.”

In any case, companies should consult legal counsel in evaluating the steps taken to minimize litigation risks. Furthermore, before proceeding, they should consider the likely stockholder response to any actions. Whatever approach is taken, it should be the result of a considered analysis of relevant facts and respective litigation risks.