On the 50th anniversary of Apollo 11's trip to the moon, we explore the links between the boldest of missions and the goals of the more earthbound.

The countdown sequence began for the space shuttle Columbia on the launchpad at the Kennedy Space Center. Strapped inside the cramped interior was astronaut Franklin Chang Díaz and his fellow crew members, all tensely awaiting liftoff. It was January 1986, and the 35-year-old Chang Díaz had finally reached this moment. Born in Costa Rica, he had always dreamed of becoming NASA’s first astronaut from Latin America.

Only the dream would have to wait. At T-minus 15 seconds, with its three main engines on the verge of unleashing almost 8 million pounds of pressure, mission control stopped the countdown. Scrambling to fix a glitch, it would reset the countdown then halt it another five times, all while Chang Díaz and the crew remained inside. Weather conditions, mechanical errors, and software issues kept NASA engineers searching for solutions—until the rockets finally ignited on the sixth try. By then, Chang Díaz was almost surprised. “I wasn’t mentally prepared to take off.”

The thrills and risks of space exploration are much on people’s minds this year as we mark the well-publicized 50th anniversary of Apollo 11 and Neil Armstrong’s first footsteps on the moon. It was a moment and feat that captivated the world in ways that are still hard to describe. But as many are looking back in time, the world of exploration is looking forward, too, to the next frontier: Mars. NASA’s InSight robotic lander has been probing the deep interior of the red planet. In a year, two missions—one by the European Space Agency and another by NASA—will focus on astrobiology, looking for signs of life on Mars.

Such awe-inspiring efforts are in a different universe than corporate leaders who are struggling to create, say, a workable supply chain. But with moon and Mars talk so big at the moment, we set out on our own bold mission: to find some truly intriguing leaders today with real-life experience in space exploration and research. Among these stargazers we found a few who are themselves CEOs today, as well as a NASA collaborator, and asked them to find several key threads that leaders in both orbits must follow. 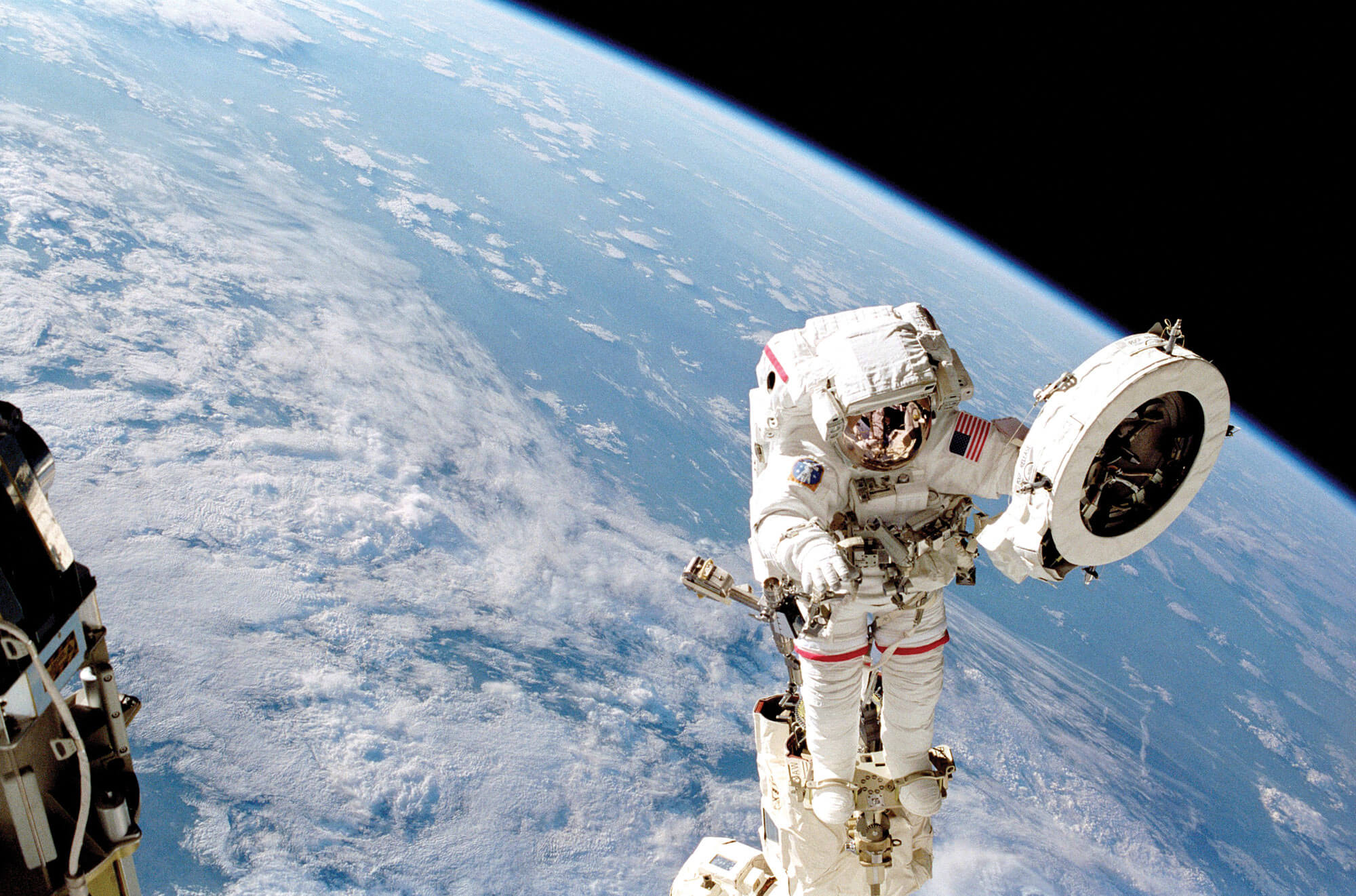 For his part, Chang Díaz, who went on to log more than 1,600 hours in space and three spacewalks in his 25 years as an astronaut, those harrowing moments on the launchpad spawned memories he carries today at his own rocket propulsion firm. In his view, the “sheer levelheaded reasoning of the launch director” is what saved the day as Columbia sat on the launchpad and kept the mission on track. Right there, we had our first lesson: the more you talk to the cosmos-focused, the more you understand the all-important concept of reaching for the stars.

When contemplating lessons from space exploration, “failing fast and learning faster” is the first and overarching. Granted, it’s quoted to the point of being cliché in places like Silicon Valley, where a software glitch might mean, say, failure of an app to launch on a smartphone. But at 18,000 miles per hour, the speed the space shuttle must reach to achieve and sustain orbit, it takes on a more urgent and highly relevant meaning.

For Chang Díaz, who endured glitches of some sort on six out of seven of his shuttle missions, “learning from failure” meant the difference, of course, between life and death. During his second flight, onboard space shuttle Atlantis, carrying the nuclear-powered Galileo spacecraft bound for Jupiter, the shuttle began to overheat before breaking out of the Earth’s atmosphere. An emergency landing in Morocco looked imminent until NASA’s ground control and the flight crew were able to fix the problem and finally get the shuttle into orbit. “We were very close to having a major catastrophe,” he recalls. “But we trained for this stuff. We just executed our procedures and we flew the way we trained.”

Today, Chang Díaz applies his NASA experiences of “failing fast and learning faster” at his Houston-based company, Ad Astra Rocket, which is developing next-generation technology. He gave us a crash course in rocket propulsion: While traditional rockets that use chemical combustion work well for getting to the moon, a mere 238,000 miles away, Chang Díaz says this older technology will be inefficient for taking crews to Mars, which averages about 140 million miles away. Instead, he believes Ad Astra’s plasma engine, VASIMR, could conceivably cut the space travel time to Mars to only 39 days. “We believe nuclear power will be the enabler for deep-space transportation,” he explains. 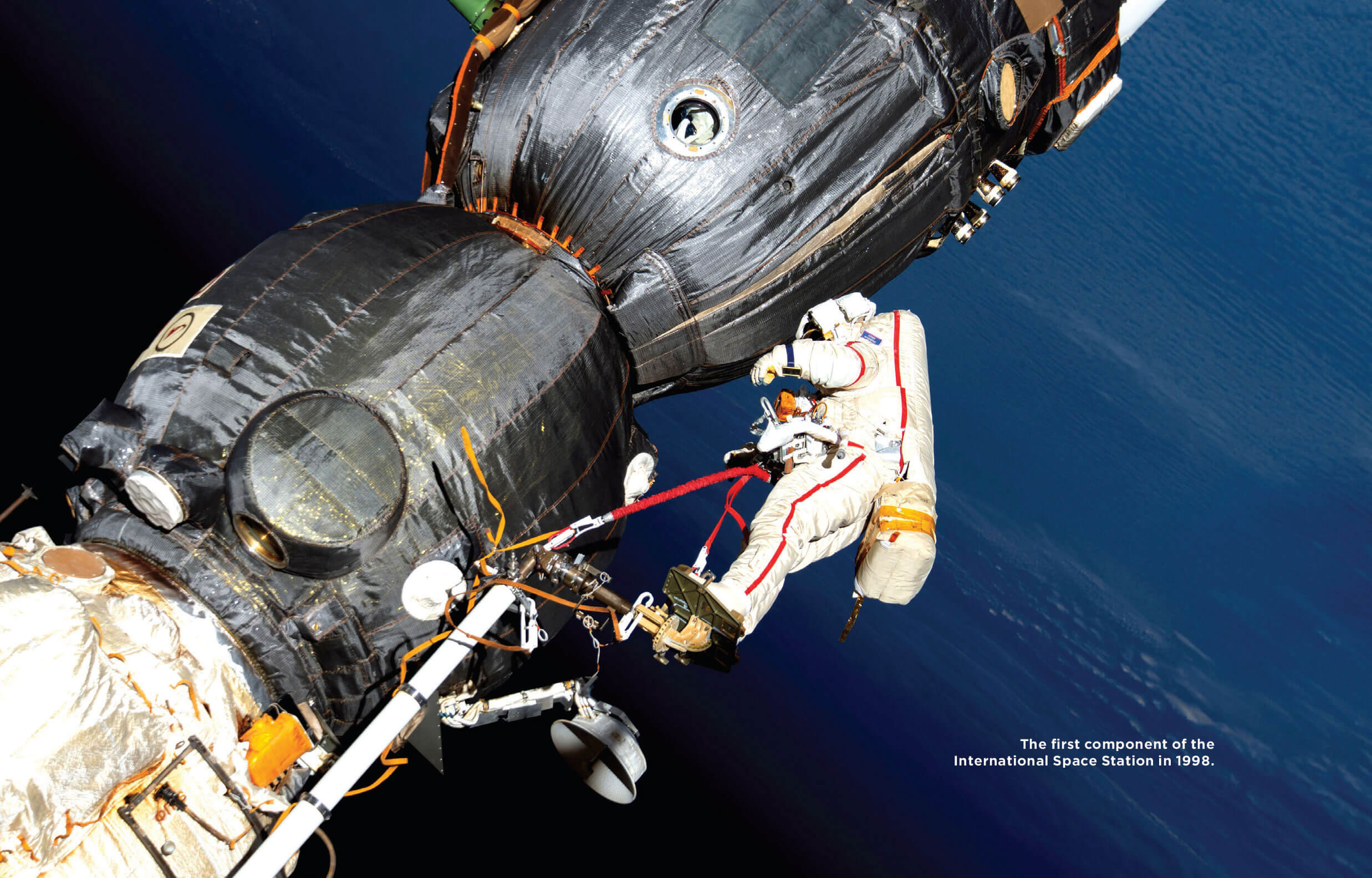 As a rocket scientist, Chang Díaz relies on what he calls his “experimental” nature to envision the capabilities of technology still under development. “As one of my professors at MIT used to say, if you run an experiment and it works perfectly, you have learned nothing. That has really stuck with me.”

The importance of having an experimental mindset was emphasized by other leaders and researchers we spoke to, especially in keeping one’s mind open. Consider the latest discoveries in astrobiology­—which suggest life in outer space exists. Mars doesn’t seem particularly habitable: Temperatures average about -63 degrees Celsius, and the atmosphere is composed of carbon dioxide. That would seem to rule out supporting life, except that may not be the case. Scientists have studied the presence of microbes in extreme conditions on Earth—places with no light, no water, exceedingly high or low temperatures, and highly acidic or alkaline conditions.

“Extensive research of so-called ‘extremophiles,’ or living organisms thriving in extreme environments, has had profound implications for our understanding of life in the universe,” says Bill Diamond, CEO of the SETI Institute in California, whose mission is to look for life beyond Earth. “We see biology in environments we previously thought were impossible for supporting life. These findings raise the probability of finding evidence of life that once was, or perhaps still is, on Mars—most likely at the microbial level.”

This may be the case beyond Mars, as well. The SETI Institute manages the data pipeline and wrote the software algorithms for the Kepler Space Telescope, to detect planets orbiting other stars. “Life appears to be very robust,” adds Diamond, a physicist who spent his career in applied technologies. “Add the fact that habitable Earth-like planets are everywhere, and the probability that we are alone in this universe is essentially zero.” 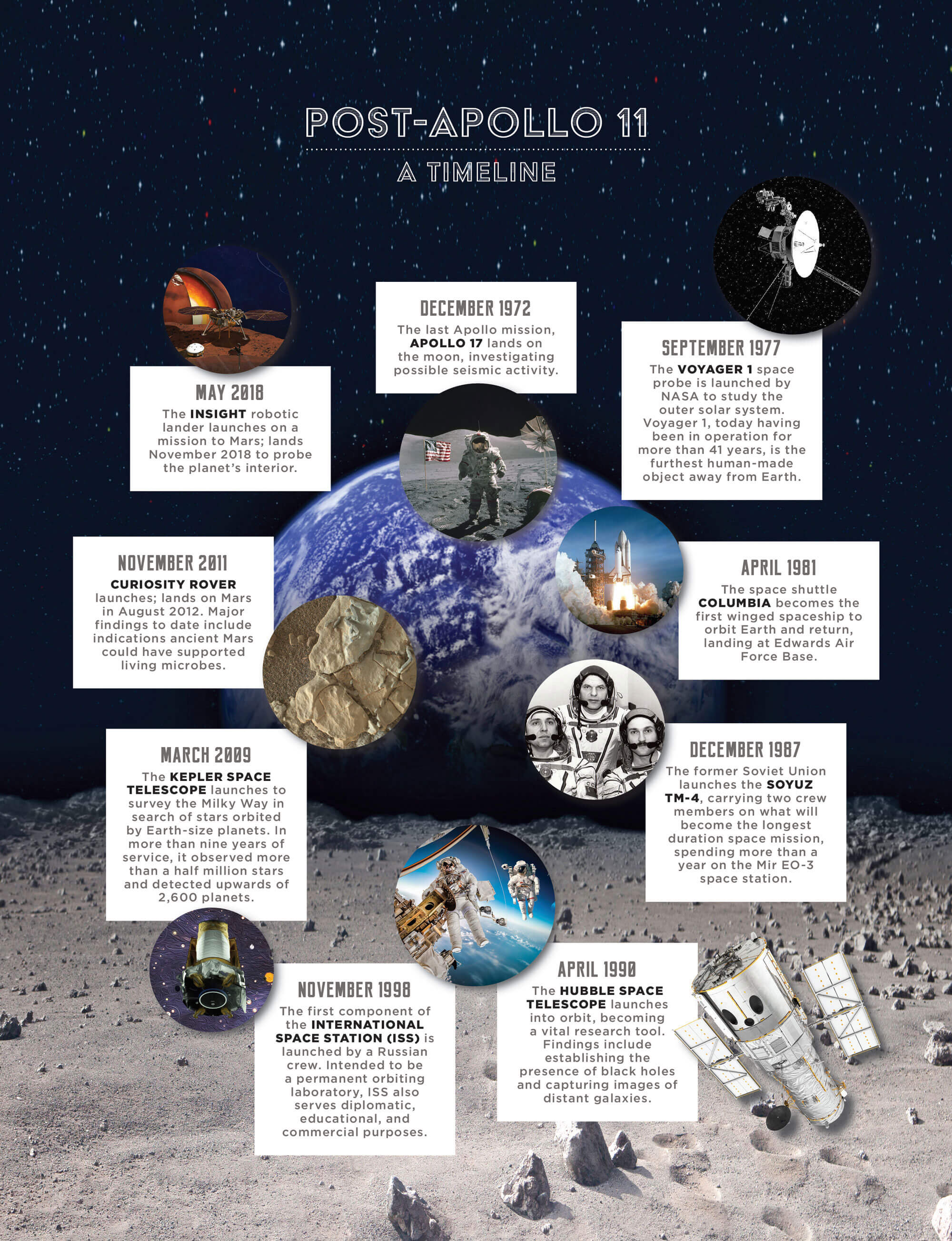 When aiming for something as ambitious as taking humans to Mars and back, you’d want top-notch scientists and engineers—the best minds in fields such as biology, geology, chemistry, climatology, data analysis, and machine learning. But it isn’t just the individual talents—it’s the mix. And that’s where things can get interesting.

Dr. Suzanne Bell, an industrial psychologist at DePaul University in Chicago, and her research collaborators are working with NASA to determine how to put together the best teams for long-duration space exploration such as a mission to Mars. “A bad people mix would definitely derail a mission,” says Bell, whose work includes simulations at Johnson Space Center in Texas.

For example, if every member of a highly intelligent and incredibly skilled crew jockeyed for leadership, that would spell trouble. While leadership traits are highly valued, so are traits like flexibility and agreeability—essentially knowing when to lead and when to follow and support others. Otherwise, small tensions or an inability to put the team first and ego second could spiral into declines in performance and difficulty executing tasks together seamlessly.

“When you’re trapped with someone for two-and-a-half years in a small space the size of a studio apartment, you really have to get along,” Bell says. 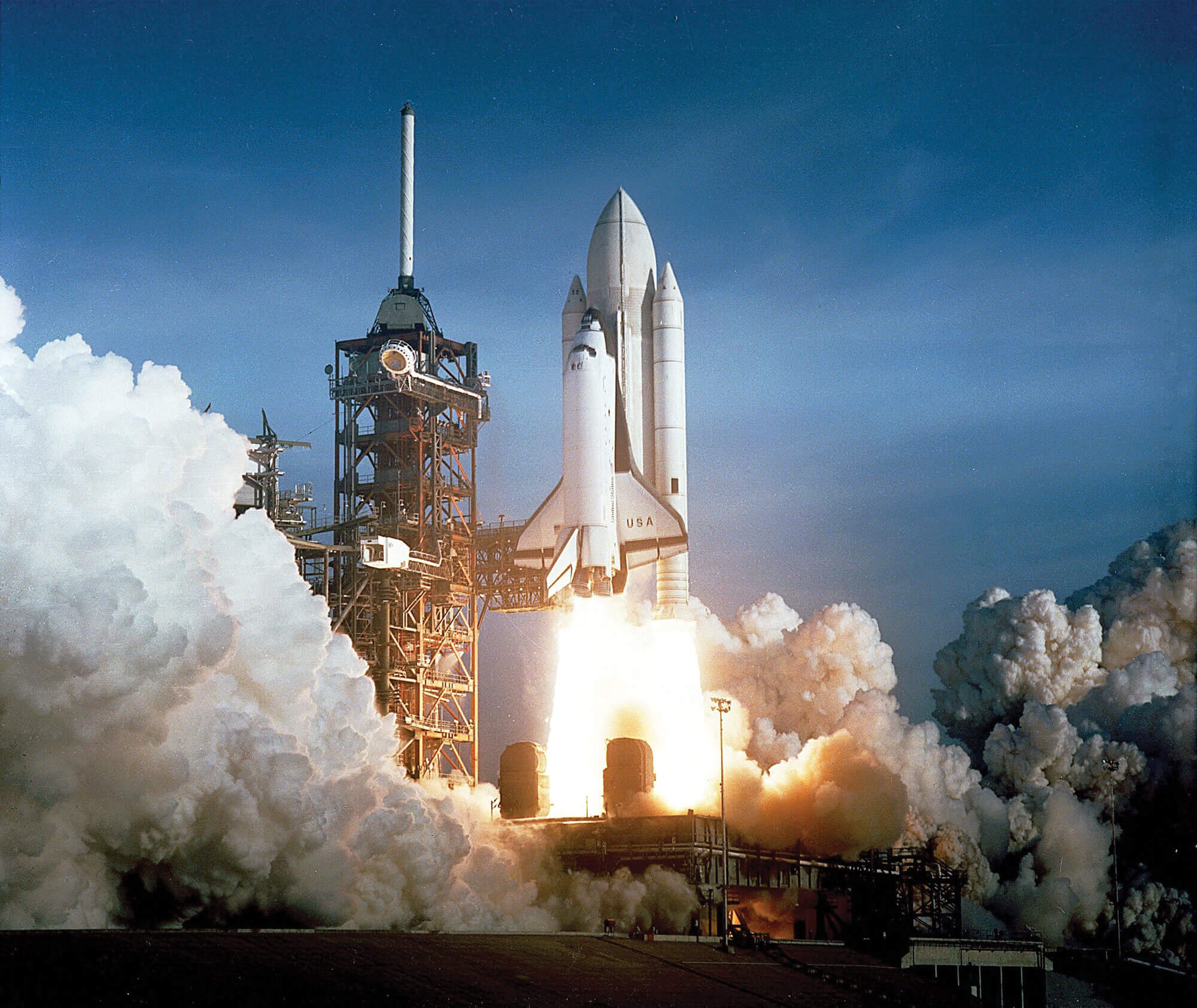 Our mission took us next to the Adler Planetarium, an art deco structure rising prominently on the tip of Northerly Island along Chicago’s Lake Michigan shoreline. On a bleak, wintry morning, the snow-covered landscape looked almost lunar. But inside was a much different picture: bright displays of the wonders of the universe and celebrations of humanity’s first forays into space, including a Gemini space capsule with clearly visible burn marks from its reentry into Earth’s atmosphere.

Here, we met Dr. Michelle Larson, Adler’s CEO—an outdoorsy, energetic leader with an inspiring outlook. A physicist, she spoke excitedly about a personal experience in her twenties when she aimed a simple pair of binoculars at the moon. Suddenly, the mountains, valleys, and craters came into focus. And so did the wonder of the cosmos and the ability of humans to unlock its secrets.

“Everything we know about our planet, about society, about the universe today, humans discovered,” says Larson, seated in front of a large video screen of images from Mars. “Humans figured that out.”

Space science, with its cosmic scale and astronomical challenges, stretches the human mind to solve problems. Suddenly, the sky is no longer the limit for making discoveries or understanding the unfathomable.

“The fact that the whole universe is our purview makes it very personal and connects it to the fact that we all share our humanity,” Larson adds. “Together, we can take any step we want into the future.”

Contemplating the cosmos leads to another truth—uncomfortable for some, awe-inspiring for others—that that Earth is but a speck within our galaxy, which is among an untold number of other galaxies. It’s a good exercise for keeping things in perspective. “Myself, I’m incredibly empowered by the fact that there is so much to know, and we can know it,” Larson says. ? 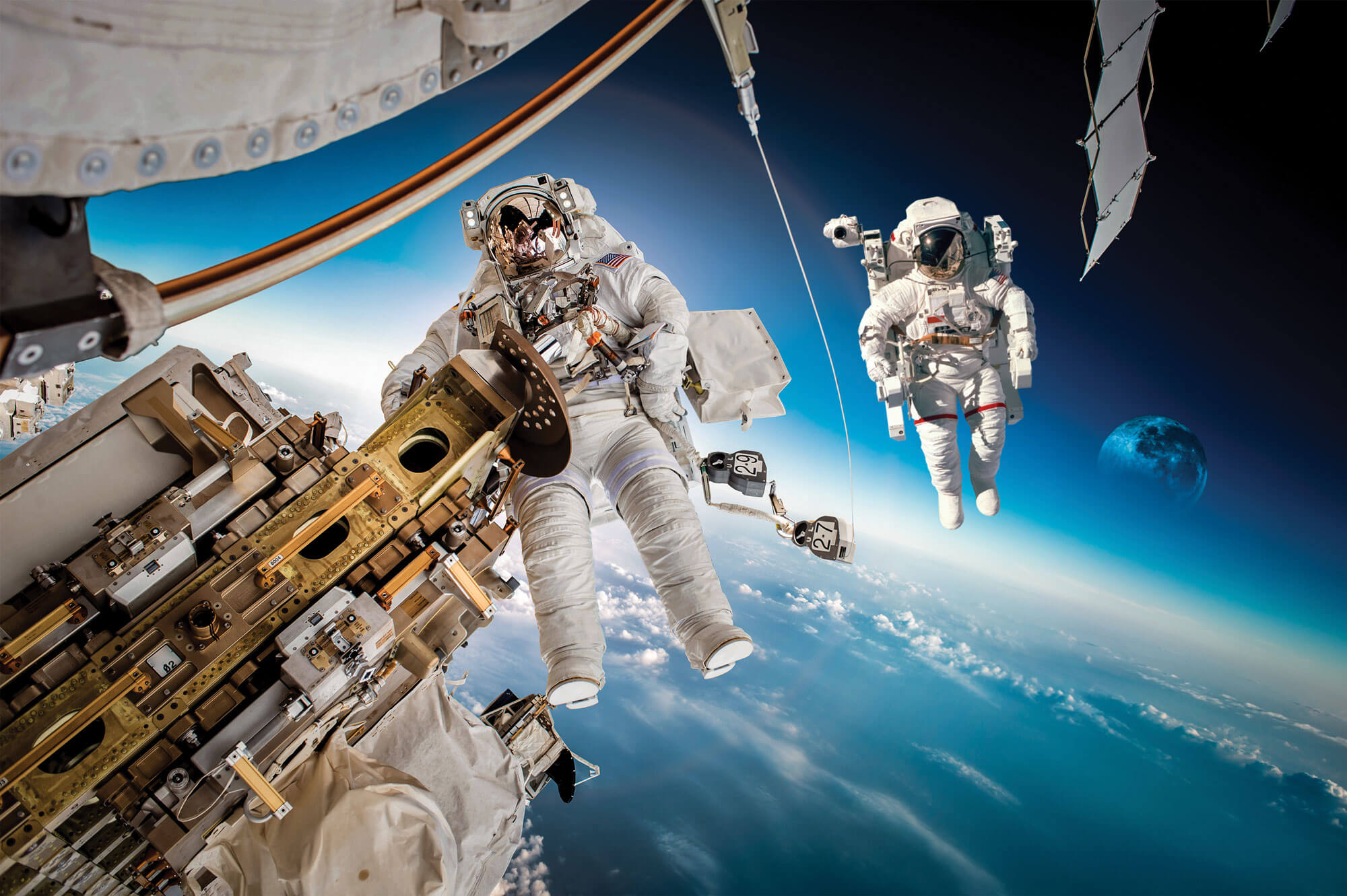