The internet doomed many travel agencies, but why couldn’t one of the most famous ones survive?

For many generations of British travelers, the operative phrase was “Don’t just book it, Thomas Cook it!” The venerable 178-year-old travel company, Thomas Cook Group, was the world’s oldest travel agency; it pioneered the popular travel package, in which agents would seamlessly arrange every aspect of a holiday.

So it was more than shocking when on September 23, 2019, 150,000 British travelers found themselves stranded in vacation spots around the world, left high and dry by none other than Thomas Cook. The tour company with which they had booked their holidays had simply shut off the lights and closed its doors, leaving 600,000 travelers in the lurch and 20,000 employees jobless. It was so sudden that the entire travel industry was caught off guard. The British government had to step in, as did international airlines, to rescue stranded vacationers. Few expected the curtain to drop like this.

In fact, nobody really should have been surprised. Thomas Cook, like most traditional travel-agent businesses, had been struggling to survive over the past 20 years as online travel agencies like Tripadvisor, Expedia, and Airbnb began to dominate the industry. Younger travelers, intent on finding their own escapades at a lower cost, began booking their own flights, hotels, tours, and vacation options online, and the once-ubiquitous travel agency—its walls lined with posters of exotic destinations and cruise ships—became mostly a thing of the past. According to ABTA, a travel-services trade association in the United Kingdom, only one in seven Brits uses a travel agency anymore, and those who do tend to be in the less affluent, over-65 demographic.

Thomas Cook’s “lack of recognition about just how disruptive and transformational the shift to online really would be” was a major reason for its demise, according to Tim Davis, managing director of Pace Dimensions, a UK-based consulting firm for the travel and hospitality industry. “When Expedia, Booking.com, and Orbitz really started building up a head of steam, Thomas Cook was still treating this as a satellite business that was a bolt-on to their existing businesses.” 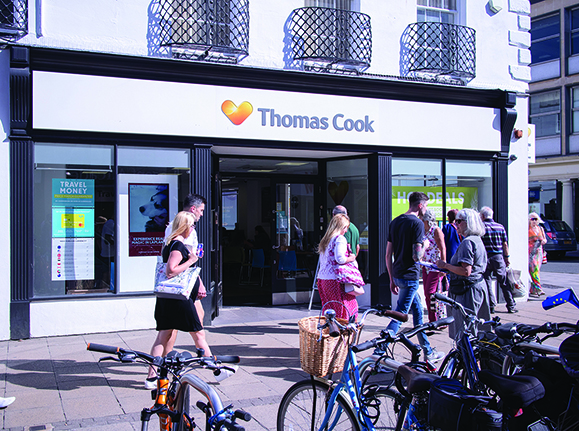 The approach was all the more peculiar because the company had been known for its innovation, offering travelers the ability to have all aspects of their vacations—flights, hotels, meals, and local transportation—booked as a package. At one time, that was a distinction that attracted millions of customers who loved the company’s concept of doing it all. All a vacationer needed to do was fill a suitcase and leave. That innovation was part of the company’s rich history. This was the firm that led the first round-the-world tour in the early 1870s, which included a steamship, stagecoach, and paddle steamer as modes of transportation; it basically invented travelers’ checks; and it organized so many excursions to Egypt that John Mason Cook, the son of Thomas Cook, became known as “the second-greatest man in Egypt.”

Keeping up that tradition of boldness, more than a century later the company decided to enter the airline business in 2003, with a fleet of 34 planes traveling to 82 destinations. Already struggling with too much debt, it bit off more than it could chew. “It’s very hard to operate a travel agency, and it is very hard to operate an airline,” said Zane Kerby, president and chief executive of the American Society of Travel Advisors, to the New York Times. Then, of course, came Brexit, which threw major uncertainty into people’s travel plans and caused bookings to plummet in 2018 and 2019.

By May 2019, the company reported a loss of $1.8 billion, much of which was written off from a failed 2007 merger with a company called MyTravel. Thomas Cook’s CEO Peter Fankhauser called the debt “insurmountable.” Efforts to restructure failed, and the agency could not get its banks to write off $2 billion in debt. The company required a $250 million lifeline to live another day, and when the deal to get that financing from its bankers failed, the company had to shutter on the spot. Thomas Cook was officially cooked. 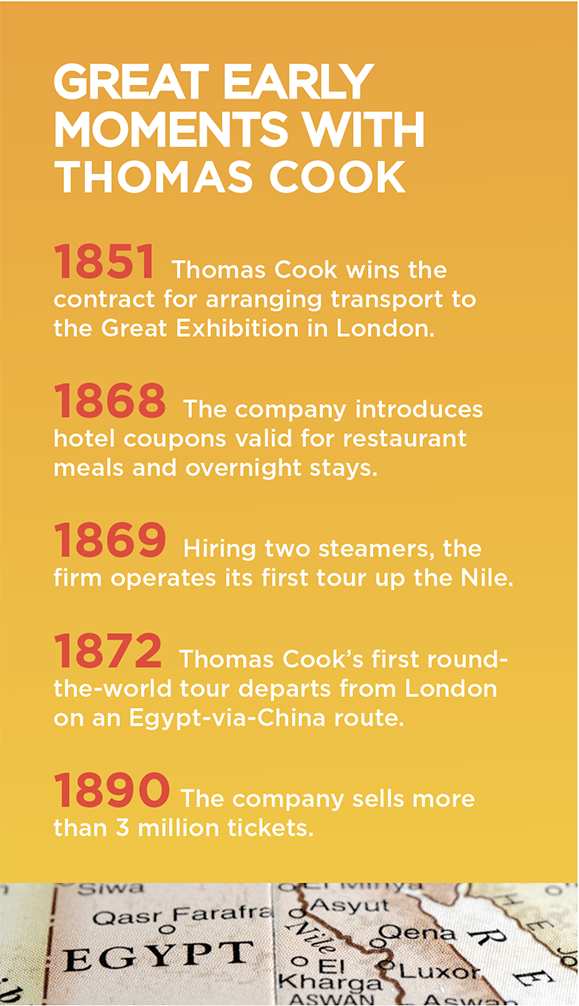