Stamping out offensive comments in the workplace is essential. But so is not letting a so-called “cancel culture” stifle the open conversations that companies need.

The beverage company executive gathered his team for a brainstorming session about a new soft drink. He asked what flavors were popular with Gen Z kids and what flavors traditionally sold more in the Northeast. He was about to ask other demographic-based questions—but bit his tongue and ended the session early with few ideas. He wasn’t sure if he might say something offensive or stereotype an entire race.

Who can blame him for being nervous? As we all know, the media today is flooded with examples of corporate and government leaders alike being thrown out of their jobs or lambasted on social media for missteps—sometimes flagrant ones, other times unintentional lapses. But while no one debates the importance of companies keeping offensive behavior or comments out of the workplace, some experts worry a so-called “cancel culture” is emerging inside corporate hallways—stifling the critical conversations that both leaders and staffers need to innovate, strategize, and address diversity and inclusion. “Certainly, people are afraid of alienating key constituencies,” says Melissa Gordon, president of EchelonCommunicate, a communications consulting firm that works with executives on this topic. “They’re concerned with looking out of touch.”

To be sure, it’s hard to gauge how much all this is affecting organizations. Researchers say evaluating the impacts of self-censorship is akin to measuring the fallout of a nonevent. But examples from academia show how—even among professors, a group that can’t get fired easily—there’s a growing pressure to neither say nor do anything that could rankle people. More than one-third of 2,600 political science professors across 102 countries said that the pressure to be politically correct has increased over the last several years, according to a study by the journal World of Political Science. Nearly half, 47 percent, said academic freedom had declined somewhat or significantly. 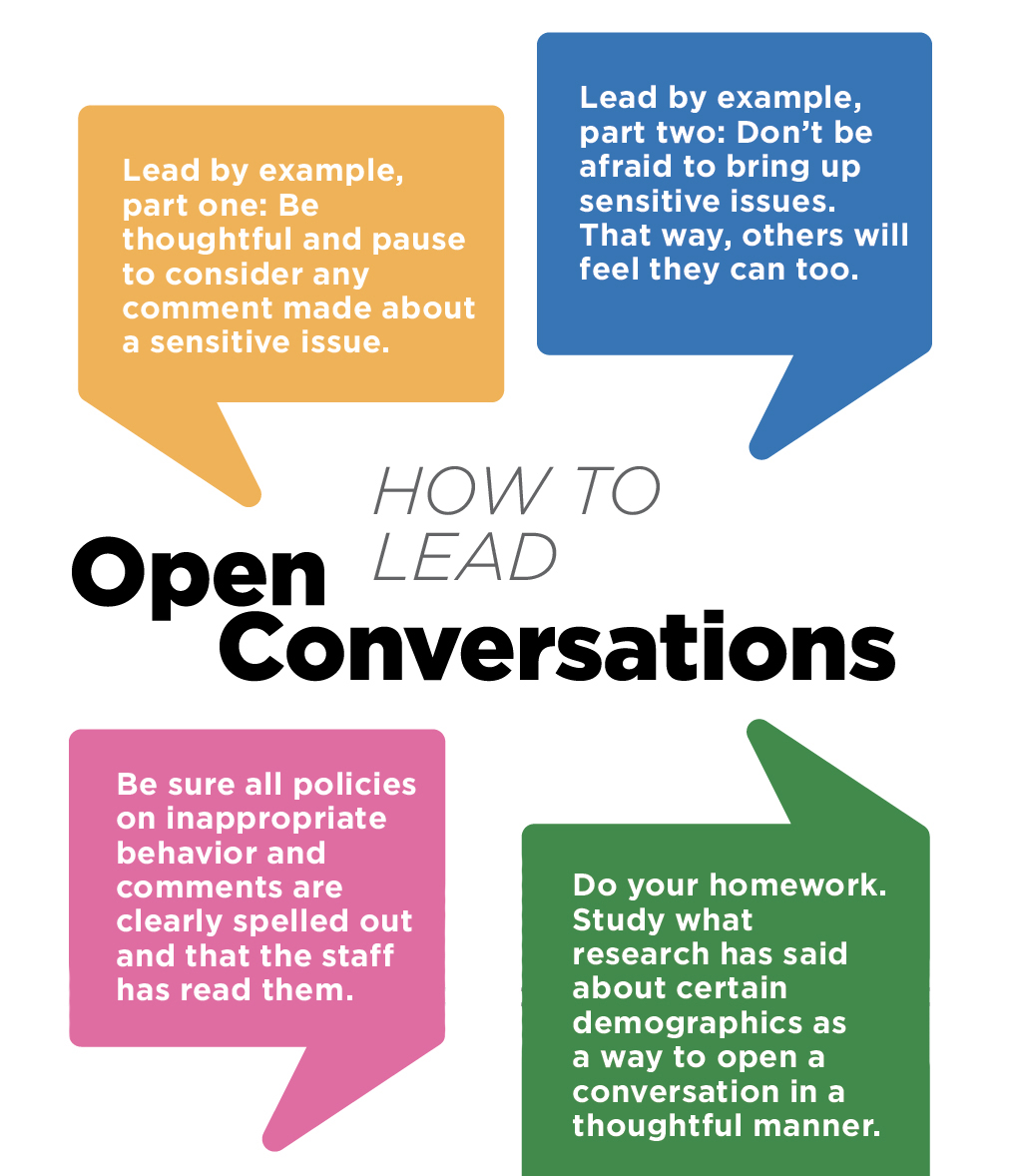 Part of the challenge appears to be a debate about zero-tolerance policies, where a single instance of misconduct, present or past, can lead to a firing. Blanket policies became popular as a way firms could demonstrate a stance against a key social issue, such as racism or sexual harassment, in the office. But other experts say that managers need some discretion. “I think zero tolerance should be reserved for the most egregious violations where the intent is clear,” says Ron Porter, a senior partner in Korn’s Ferry Human Resources Center of Expertise. “Otherwise, you’re likely to have a stifling effect that would be counterproductive.” Experts also say that puts an emphasis on educating—instead of firing—workers.

Such education begins with companies reminding employees up and down the corporate ladder that they need to be mindful of the language they use—and ask questions if they are not sure. “Good leaders should not have to worry about being canceled if they are thoughtful about their words,” says Nicholas Salter, an industrial-organizational psychologist and assistant professor at Hofstra University. Executives can also lead by example by having strong, clear, and consistent morals and values and being open about them with their employees and the public. Multiple studies have shown that if managers exhibit positive, helping behaviors, such as offering constructive suggestions or resolving conflicts amicably, then lower-level employees follow suit.

Andrés Tapia, a Korn Ferry senior client partner and the firm's global diversity and inclusion strategist, offers some interesting advice to fight cancel-culture fears: do your homework. Reflecting on the beverage company executive who was afraid to talk, Tapia says the leader could have looked into the research about what different groups prefer to drink and then centered the brainstorming around that. “People are afraid to say something because they haven’t tried to be informed,” he says. “Data is your friend in these kinds of cases.” That, he adds, and curiosity: “The person who is curious about an issue and is making the effort to learn more should have a lot less to fear.”