Whether you’re heading out on a road trip or relaxing poolside on a warm afternoon, these are the ideal moments to start working through that overrun podcast queue, which can be a daunting task, since there is more and better content than ever. From true-crime whodunits to unexpected deep dives into history and business, podcasts feature some of the most creative and compelling storytelling of the day. And the industry only continues to grow: according to the latest figures, there are more than 1.9 million shows to pick from, with an estimated 116 million Americans tuning in regularly. Monthly listeners looking to be informed, amused, and inspired surged more than 50 percent over the last few years. Overwhelmed by the choices? Here are Briefings’ fiery summer podcast picks.

Facebook vs. Snapchat. Coke vs. Pepsi. Estée Lauder vs. L’Oréal. How businesses compete and industries shift, and most important, who came out on top and why?

The story—and agonizing audio tapes—behind a 1980s experiment that lured New Yorkers to call an anonymous number to apologize for their darkest deeds.

The sound of revolution

A reexamination of history’s miscast figures and moments, ranging from Yoko Ono to the Stanford Prison Experiment.

NO LIMITS WITH REBECCA JARVIS

With her signature inquiry—“What’s the worst advice you’ve ever received?”—this Emmy-winning journalist talks to female titans of industry. 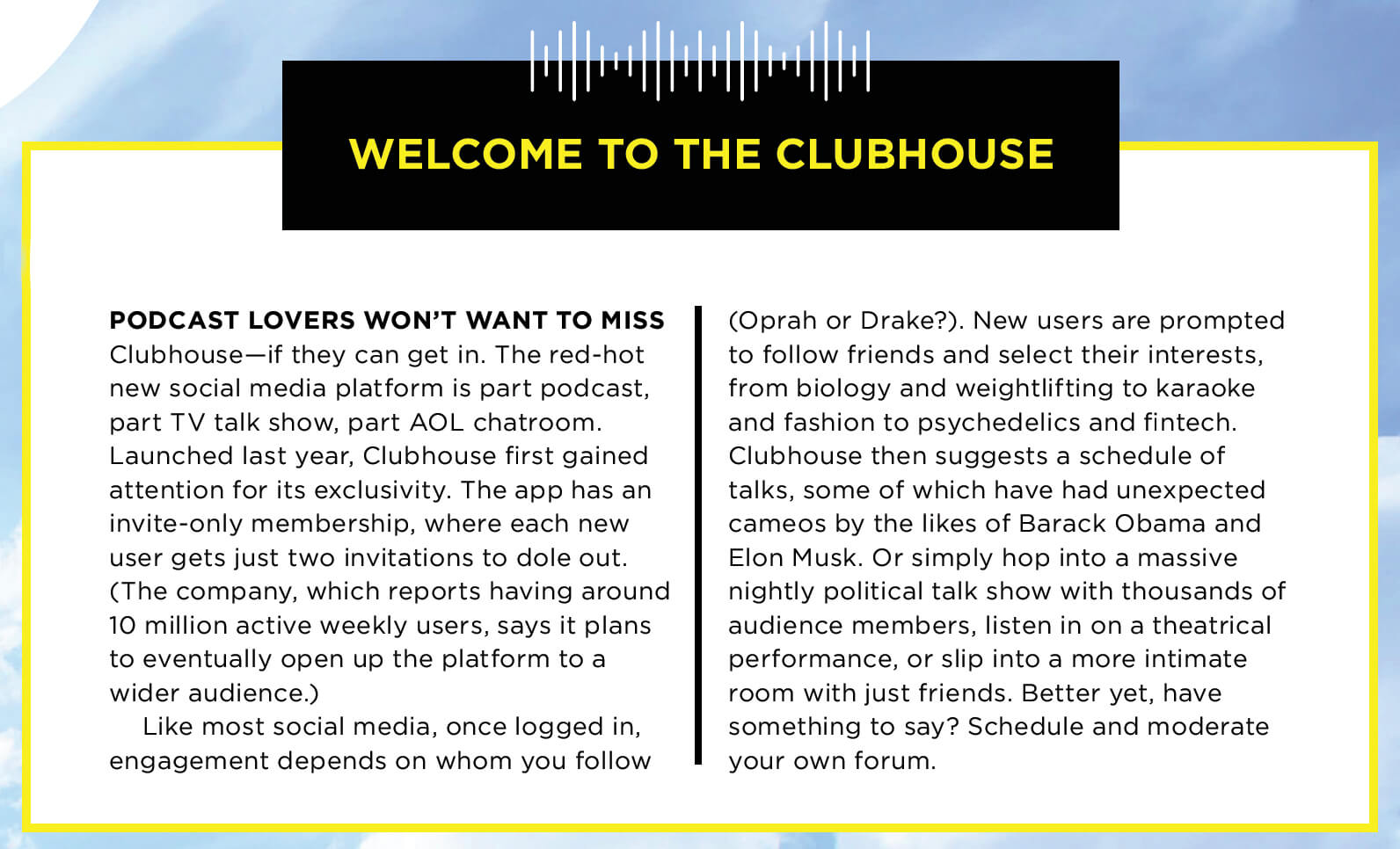 Two New York Times Magazine writers put pop culture into context, with playful yet unwincing considerations, such as the portrayal of masculinity in film and America’s relationship to Whiteness.

WELCOME TO YOUR FANTASY

The rise and ’70s stardom of the exotic dance troupe Chippendales, complete with corruption, drugs, and death.

The making of a modern radical

A look at how social media can radicalize minds, through one man’s descent into the dark political corners of YouTube.

The people and culture that have slowly turned golf into a modern zeitgeist, with episodes ranging from the game’s relationship to alcohol to the greatest tournaments of all time.