Working from home allowed more employees to be themselves. What will happen when they go back to the office?

By Laura Entis and Meghan Walsh

For much of his career, Sean Page says he has been forced to edit facets of his identity, beginning when he tamped down elements of his Blackness and queerness so he could find his first job after graduating from Cornell University. It continued even when he later moved into management, as a human resources director. Being his full self in a professional setting felt too risky, too conspicuous. Would he be met with hostility? Passed over for promotions? Making these calculations was “draining emotional work,” the 28-year-old says, affecting everything from how he talked and walked to how he avoided other “out” employees in the hallways.

But when Page joined the website design company Webflow in 2019 as a lead recruiting coordinator and began working remotely, something happened: he slowly began dropping his defenses. Whereas stepping into the office prompted a physical repurposing, working from home in a space where he felt comfortable emboldened him. “I remember thinking, ‘I am not going to sugarcoat this in my own home,’” he says.

Most professional settings, with their shiny floors, neutral color palettes, and mirrored glass windows, contain an inherent tension: people present “work-friendly” versions of themselves while, to varying degrees, modifying facets of their personalities, whether that’s something as integral as racial, gender, or sexual identity or simply their style or temperament. That delineation collapsed, though, when the pandemic moved all of life into the home, and meetings began taking place against the same backdrop as family dinners and virtual happy hours with friends. Then something unexpected happened: workers began to be more themselves more of the time.

Who gets to be themselves at work—and who doesn’t—has become a hot topic. And as companies call employees back to the office and prioritize diversity initiatives, it’s an urgent one. Many firms are focusing—and spending millions—on ensuring physical safety. There is also an imperative to create psychologically safe spaces where workers don’t feel pressure to suppress parts of themselves—to do the corporate code-switch. The pandemic has brought executive leaders to yet another crossroads: Do firms return to the usual environment, which tends toward homogeneity, or strike out on a path that will require a reconceptualization of what it means to be professional? “For anyone who felt silenced, oppressed, invisible, the loss of the office has been an unshackling,” says Gianpiero Petriglieri, an organizational-behavior professor at the international business school INSEAD. 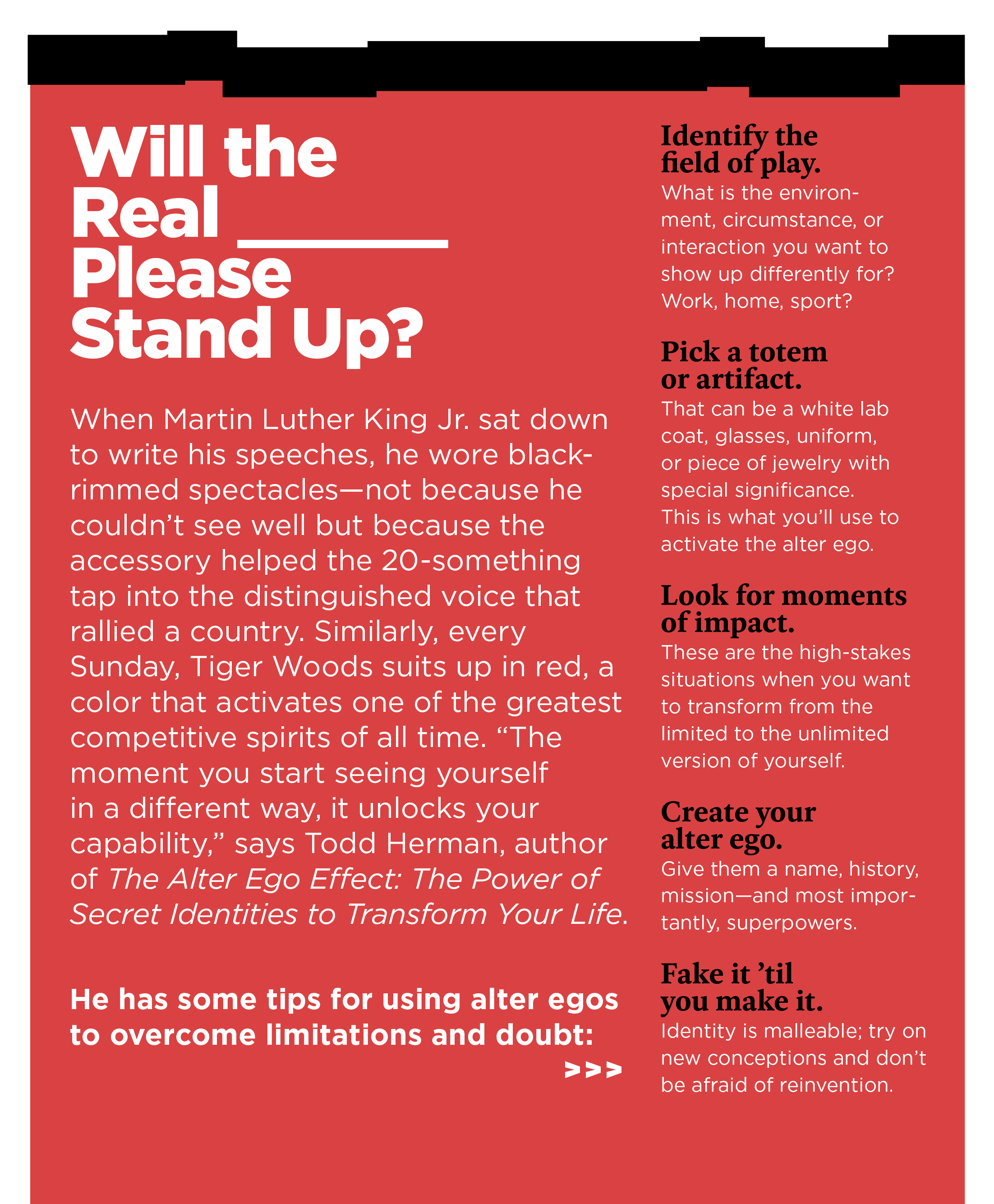 The idea that environment influences behavior isn’t new. What’s less understood is that the impact of a setting varies greatly depending on individual context and history. One person’s experience will be wildly different from the next person’s. Modern-day corporate culture, though, is largely monotone, a standard reflected in everything from dress codes to interior design to work hours. The overall effect, experts say, can be a place that, even if it’s never explicitly stated, demands uniformity, creating for many employees a culture that is uninspiring at best and unwelcoming at worst. “We underestimate the effect that space has on self,” says Petriglieri.

But environment doesn’t just steer what we do, it also influences how well we execute. Consider that pro sports teams consistently play better at home—even, as the pandemic showed, when there aren’t thousands of hollering fans in the stands. Researchers are just beginning to dial in to why that is, but they think it has to do in part with being surrounded by stimuli both that are familiar and, importantly, that we personally identify with. 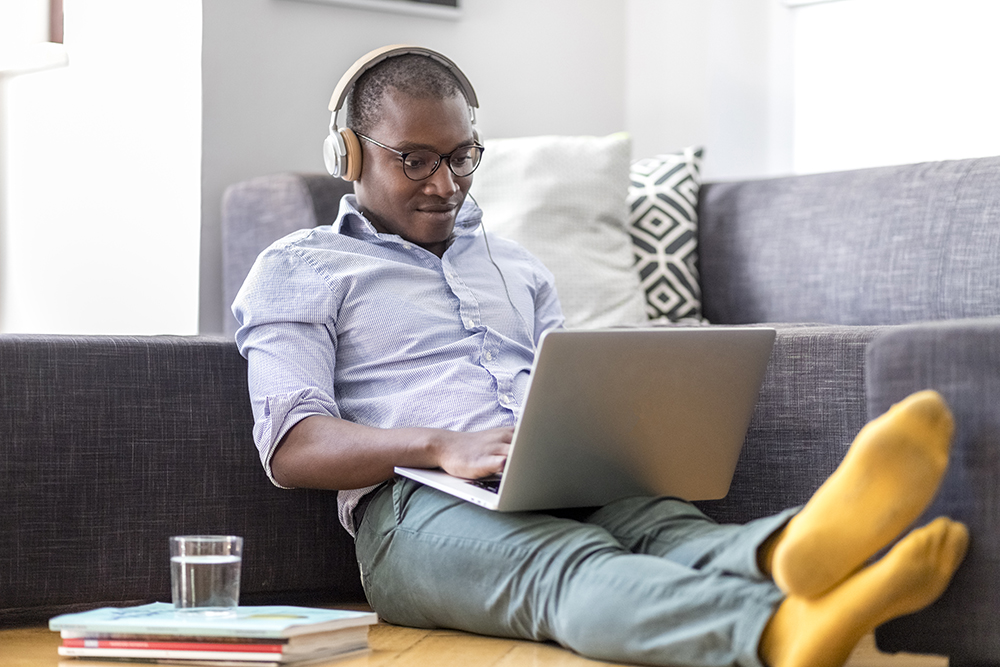 Being yourself at work is easier when identity and professionalism aren’t at odds, says Alina Polonskaia, global leader of diversity, equity, and inclusion solutions at Korn Ferry. The further a person strays from the “reference persona”—be it a deviation in gender, skin color, ethnicity, age, sexuality, or personality type—the harder they have to work to integrate those personal and professional identities. And in fact, it isn’t really a matter of integration at all—it’s assimilation. “The pressure to conform to normative standards is harmful to everyone,” says Dr. Dulcinea Pitagora, a New York–based psychotherapist. “It leaves anyone trying to attain them feeling less than.”

When it comes to designing corporate spaces and culture, companies have largely focused on optimizing for innovation, collaboration, and productivity—not inclusion or comfort. Prepandemic, employees for the most part were expected to shape themselves to the corporate mold. Introverts were forced to work in open floor plans. The alt folks had to wear long sleeves during summer to cover their tattoos. Black women straightened their naturally curly hair, and Muslim men cropped their beards. Queer workers hid their sexuality.

The overnight switch to working from home, though, has prompted some to look more closely at how the office influences self-expression—and the impact that feeling safe to be one’s full self has on innovation, collaboration, and productivity. Research has shown that when people feel comfortable to be authentic and believe that their uniqueness is valued, they are more loyal, seeing the organization’s interests as their own. “When our brains don’t have to waste energy on whether or not we feel safe or accepted, all of that brain space and energy can be used for more productive pursuits,” says Pitagora.

Petriglieri was an odd, scrawny kid from Sicily, raised in a working-class family, who went on to earn a doctorate in psychiatry and lecture at Harvard. He considers himself a product of the education system, and spent his entire life either wanting to be a teacher or cultivating his skills as one. “When I go into a classroom, I experience myself,” he says. “People don’t miss the office. What they miss is the space that allows them to express, discover, and develop themselves.”

This all has to do with the idea that people are intrinsically driven to excel when three psychological needs are met: autonomy, competence, and relatedness. Benjamin Meagher, an environmental, social, and personality psychologist, says it’s a matter of “To what extent does a space that I occupy accurately communicate the person I am and also reinforce the person I am?” Employees clearly have a lot more autonomy in their homes. They can organize and decorate how they want, reinforcing their own competence and connections. Indeed, studies have shown that people have better results negotiating from their own office than the office of a competitor.

On the surface, it might seem that physical environments are simply the settings where individuals act out their lives. The office is where we get work done; the pub is where we catch up with friends. But what if the setting and the individual are inseparable, with each informing the other at all times? “It is through an awareness of the environment’s possibilities that we are actually able to survive within them,” says Meagher. Now, how we orient ourselves is once again changing rapidly, as one firm after another calls people back into the office. Experts say that as this occurs, leaders will discover just how much virtual settings were doing the heavy work of inclusion—and, for some, survival.

“I remember thinking, ‘I am not going to sugarcoat this in my own home.’”

The stakes to get this right are high: In April, the productivity software developer Basecamp announced a ban on workplace “societal and political discussions,” concluding that they were a “major distraction.” In response, a third of the staff resigned. (Basecamp didn’t respond to interview requests.) “Some employees are relieved, others are infuriated, and that pretty well describes much of the public debate around this too,” Basecamp’s cofounder David Heinemeier Hansson wrote in a blog post afterward. The crypto start-up Coinbase enacted a similar ban last year and lost about 5 percent of its staff in response.

But this is a societal and corporate discussion that has been going on for centuries. Uniformity and professional norms work to reduce dissent and disagreement, which can become disruptions that lead to conflict, mixed messaging, and overall destabilization within an organization. Many heads of companies would argue that by striving for regularity, they are creating a space that’s less polarizing. They claim to be apolitical. And in some instances, uniformity does have, well, a unifying—and democratizing—effect. But to Page, the expectation that employees can check societal and political discussions at the door is indicative of a broader trend of leaders who exist in a vacuum. “My identity is political as a Black queer male in the US. … You can’t separate the two,” he says.

To be sure, organizational identity is still essential: we’re built to crave a sense of cohesion. “If you don’t have that at work, it’s very dissatisfying,” says Dominic Packer, a psychology professor at Lehigh University. The key is to articulate company values and establish a clearly defined collective purpose, then give employees the freedom to pursue a variety of strategies to help achieve it. Experts advise that firms work to build a culture without imposing strict protocols around how employees should look, act, or sound. Emphasizing results over established professional norms allows for greater freedom and self-expression.

“Trying to understand people’s problems or lack of flourishing independent of the environment they’re in isn’t possible,” Meagher says. “A behavior is the result of the larger ecosystem.” Ask a biologist: you can’t understand any organism outside of the ecology it’s operating in. In the growing conversation about employee wellness, experts say an understanding of corporate culture and inclusive design will be essential. “Fundamentally, organizations make choices regarding who they choose to design for and who they choose to leave out,” Korn Ferry’s Polonskaia says.

Today, part of Page’s job as a talent program specialist is ensuring that conversations around identity, cultural differences, and structural inequities have room to take place. Along with the transition to remote work, Page also found that the culture at his new employer was more diverse and inclusive: his boss was genuinely curious about his life outside of work. “He wanted to get to know me as a person,” he says.