As people start working more into their golden years, corporations are facing the age of no age limit.

As director of business development at QOR360, Jim Olsen spends his days promoting and selling the company’s core product, a wobbly ergonomic stool. His responsibilities include pitching to office workers, attending corporate-wellness and furniture conferences, and advising the company’s founders on finance, personnel, and budget. It’s a long day, but he still takes a daily break. Actually, he takes a nap, right after lunch. Every day, in his bedroom. And says he emerges refreshed. “If I don’t, I’m in trouble,” he says, due to atrial fibrillation “that’s slowing me down a bit.” His boss, it turns out, takes naps too.

Olsen is 85, and his boss is 72. To hear Olsen tell it, he feels like a spring chicken. “My intellect, my deductive reasoning abilities, my observational skills—they all work better as time goes by.” 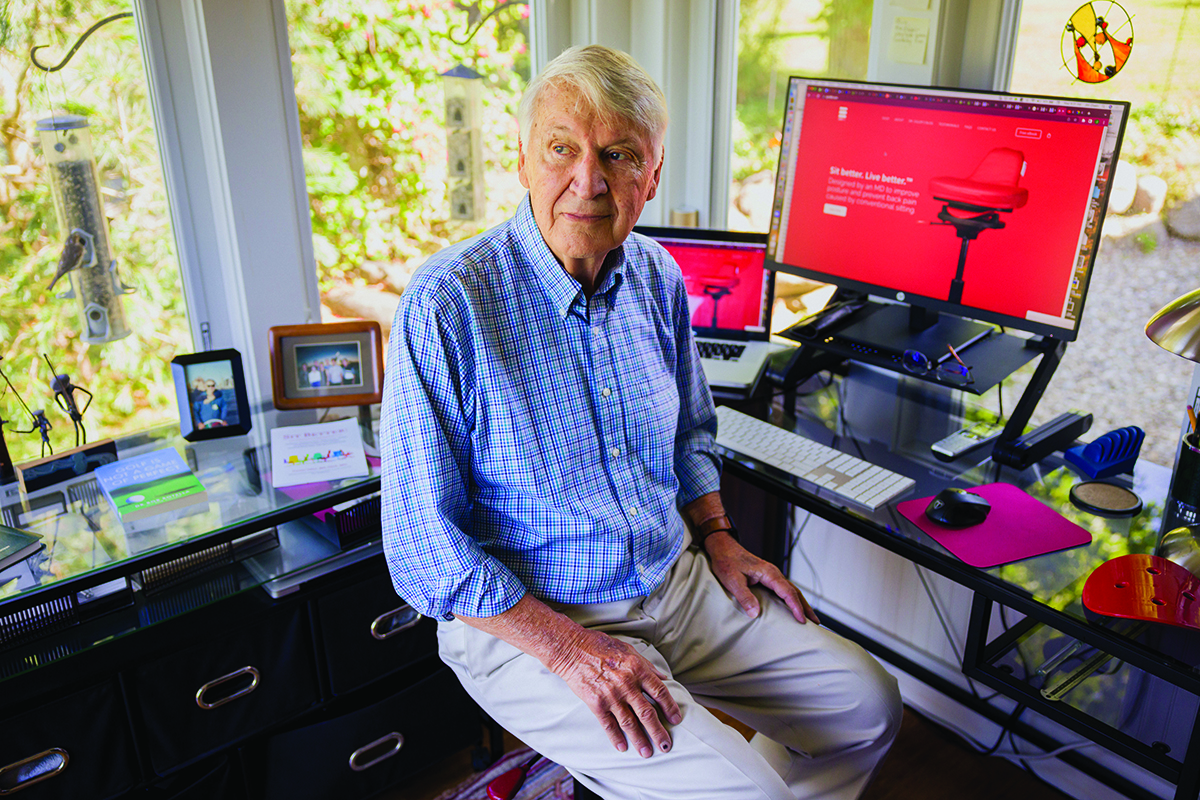 "The question for corporate leaders is: Are we reaching an age of no age limit?"

The worker of the future isn’t typically envisioned as someone in their 80s, or even very far into their 70s. But as demographics begin to cast their spell on the labor market, some older men and women are skipping the standard retirement route the world has prescribed for a half century and asking firms to hire them. With one in every seven Americans now over age 70, workers age 75 and up have quietly become the fastest-growing labor demographic. And their participation in the workforce is expected to increase by 96 percent this decade. (By contrast, the participation of workers age 16 to 24 will shrink by 7.5 percent.) It’s simple math, easily apparent to any HR executive: there are now so many boomers that if just a slice of them continue working, 80-year-old employees will become commonplace, and the corporate world’s age demographic will be turned on its head.

Of course, the trend does make some leaders nervous. Eighty-year-old managers and executives with high salaries can cause budget headaches, not to mention career logjams for frustrated Gen Xers. Of late, gray-haired workers exiting and then returning are not always appreciated. (Didn’t he just leave?) But experts say many of these older workers are staying put just at the right time, because a shortage of skilled workers in many fields that continues even in a tough post-pandemic economy creates a need for eager workers of any age. The only question for corporate leaders is: are we reaching the age of no age limit?

Age barriers in the workplace are as old as, well, workplaces. The bodies of physical laborers of all stripes typically gave out in middle age; well into the 20th century, people didn’t expect to live many years past that time. The Social Security Act of 1935 set the minimum age for full retirement benefits at 65—and passing this milestone was a feat, because 65 was then the average age of death. 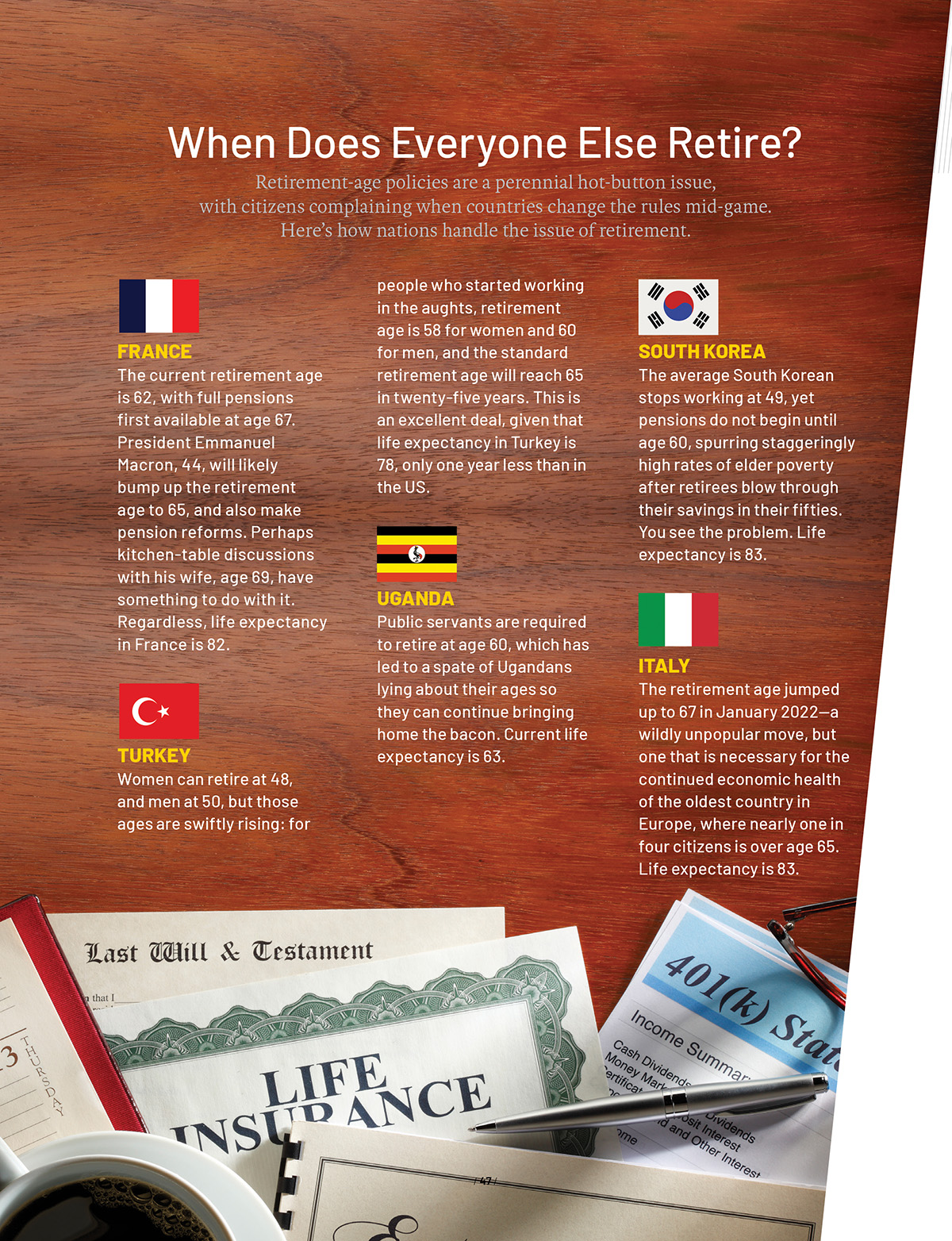 After World War II, many organizations followed the government’s lead and institutionalized 65 as the exit age, often forcibly so. At the same time, early retirement became increasingly chic. In the 1960s and 1970s, “early exits” began appearing, and people who could afford to take early retirement did, typically for reasons of leisure or health, says Joanne Crawford, an expert on aging workforces at the UK-based Institute of Occupational Medicine. Golf courses and retirement communities multiplied. By the 1980s, early retirement was widely seen as something to aspire to—a decade (or longer) of unstructured time for travel and leisure. But most Americans couldn’t afford to while away their silver years playing golf, so the retirement age in the US officially crept up to age 67. Even so, most Americans weren’t actually working that long: in 1998, two-thirds of workers retired and started taking Social Security benefits before age 65. A year later, in light of the growing number of its members still in the workforce, the American Association of Retired Persons removed “Retired” from its name and was reborn under the acronym AARP. The verdict was in, and it was messy: people wanted to retire—but many were not doing so.

Much of it had to do with economics. As the century closed, many companies exchanged dependable pensions for retirement-savings plans that turned out to be far less secure. Financial crises such as the one in 2008 wiped out many retirement dreams. By the aughts, life expectancy was peaking at 75, and people knew their savings weren’t going to last. Working later in life became the only option. Meanwhile, the governments of several wealthy countries—Finland and Japan, most notably—faced a different kind of crisis due to dwindling birth rates (which were causing labor shortages) and aging populations (which were driving up healthcare costs). These governments began openly encouraging people to work longer, and backed up that encouragement with legislation. In the UK, for instance, the State Pension age jumped to 68 years old.

During this period, a researcher at the Finnish Institute of Occupational Health, Juhani Ilmarinen, created the Work Ability Index, which analyzes employees’ attributes (competence, health, family concerns, values, motivations) alongside workplace realities (demands, leadership, and community). This rubric allowed organizations to assess and more clearly identify age-friendly environments. For example, a typical 68-year-old worker might be losing strength and balance, but they might also harbor substantial industry experience and knowledge—qualities that could make them a strong manager. Not surprisingly, the most dysfunctional arrangements for older employees tended to involve  physically demanding tasks or, conversely, little physical movement at all. Other, broader assessments were developed, such as the Age Management Index, which takes into account employees’ global experience, including recruitment, lifelong learning, career development, flexibility, healthcare, access to new jobs, and healthy transitions to retirement. Organizations now had a metric for assessing roles for older employees, and a language in which to express it—and just in time.

Carmen Davoli may be 83, but the commercial realtor in Syracuse, New York, says he recently scored the best sales figures of his life, closing a $3.5 million deal. In March, he closed a $9 million sale. He’s currently fielding calls from the likes of Amazon and home-furnishings company MacKenzie-Childs about a 200,000-square-foot warehouse. This is his fortieth year on the job at Pyramid Brokerage. All of his college buddies are retired, but Davoli says he’s never considered it. He finds large-scale commercial transactions fascinating. Why would he give up the client base he spent four decades building, along with his network of environmental engineers and surveyors and power supply pros, all on speed dial? “I deal with high-level people at major companies making major moves,” he says. “That’s where the fun part is.” 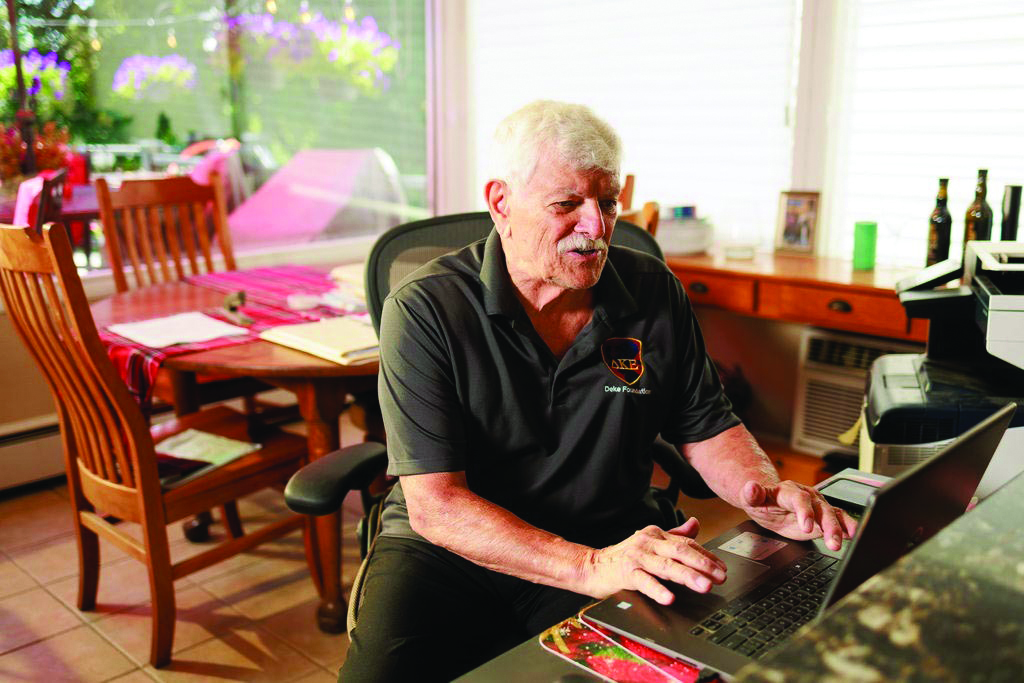 "The focus has often been on what workers can no longer do. This is irrelevant 90 percent of the time."

Davoli knows that misconceptions about workers like him are prevalent. Yet—significant health issues aside—very little affects the ability of a septuagenarian or octogenarian to do their work, says geriatrician Patrick Coll, who is associate director for geriatrics at the Center on Aging at University of Connecticut Health Center. Many seniors can be “very productive and active” members of the workforce well into their eighties. His patients and peers include an attorney in his mid-eighties and faculty physicians in their seventies and eighties. Yet hirers commonly assume that all aging people will soon be afflicted by diminished physical functioning or debilitating disease. In fact, Coll points out, nearly everyone is afflicted by impaired physical functioning or disease: “In heavy physical labor, such as roofing, physical limitations of strength and balance actually apply to almost everybody.” Similarly inaccurate assumptions proliferate about cognitive and psychological functioning. “The minor memory-related issues that most aging people experience do not substantially affect their ability to work productively,” says Coll.

Experts say that smart firms and managers will ignore age and focus on individual workers. “Look at the person, not the number of years they’ve been on the planet,” says Michal Strahilevitz, director of the Elfenworks Center for Responsible Business at Saint Mary’s College of California. Strahilevitz knows twenty-somethings with work ethics centered on retirement, and seventy-somethings with overwhelming energy and professional drive. Many factors affect engagement, energy, and skill set, she says, all of which can decline or flourish over time—and should be matched with the proper job and support. The focus, Crawford writes, has often been on “what workers can no longer do,” which is irrelevant in 90 percent of workplaces, with the exception of fields such as fighter-jet piloting or emergency services, where traits like strength, endurance, and reaction time are essential. It is more appropriate to concentrate on what these workers can do, she says.

Experts also point out the negative environmental messaging that older workers can face. Imagine, for example, an employee lounge with a ping-pong table and pizza-and-ice-cream bar, both of which may inadvertently exclude, say, an octogenarian secretary with dietary limitations (which tend to increase among older people). This can be ameliorated with inclusion training, so that the employees making design choices and partnering with older teammates understand that age inclusion is just as important as gender and racial inclusion, and that jokes about the “old guy” being unfamiliar with Venmo are insensitive. Social friction between demographics is common.

For his part, Olsen at QOR360 finds it invigorating to work with much younger coworkers, but notes one hitch: he’ll periodically make a suggestion based on his own experience, only to receive a knee-jerk reaction such as, “You don’t know what millennials are like.” Months later, another coworker will make the same suggestion, and the idea will be adopted. “I just sit back,” he says. “I don’t say, ‘I told you so’ or anything. It’s terrific that the idea is picked up at all.”