The 4 elements of organizational culture transformation

Your organization's culture can't be left up to chance. Leverage these four elements to create a solid structure for a positive workplace culture.

Jack Welch was heralded by many as the greatest corporate leader of his era and quickly became famous for his unique leadership style and how he embraced candor, which sometimes came across as “blunt talk”. But these attributes, along with his focus on embedding a strong set of organizational values, became key contributors to his success at GE.

Welch believed strongly that positive organizational culture drives business success and once said that “…creating a healthy, high-integrity organizational culture is not puppies and rainbows. Too many leaders think a company’s culture can be relegated to a five-minute conversation between HR and a new employee. Or they think culture is about picking words to engrave on a plaque in the lobby. What nonsense! An organization’s culture is not about words at all. It’s about behavior — and consequences…” The consequence of Jack Welch’s intentional efforts to align his company’s strategy and culture ended up turning GE into a powerhouse industry captain for decades.

Today, leaders are being asked to shepherd their organizations through multiple large-scale pivots at the same time – whether it’s building resilience during economic volatility, fighting to attract top talent, or creating work cultures that enable people of diverse backgrounds to thrive. Trying to meet all these needs at once makes it clear that an organization’s culture can become a catalyst – one that can either catapult an organization to outperform its peers in each area, or one that can result in a loss of focus and motivation, ultimately leading to the exit of key leaders and talent.

What is organizational culture?

There’s an old joke about a CEO who attended a presentation on corporate culture and then asked the head of HR to “get me that”. Most leaders struggle with culture because it seems difficult to grasp, much less change.

We define culture as “how work gets done around here”. Put simply, it is your organization’s DNA: deeply embedded in your people’s actual values, assumptions, behaviors and mindsets – which might be very different from written values or leader talking points. And because culture has a direct link to performance, a strong culture most often leads to increased business value. In fact, 91% of executives surveyed said that improving corporate culture is likely to increase their organization’s value and nearly 80% ranked culture among the five most important factors driving their valuation.

A positive organizational culture in practice

So, what does a strong organizational culture look like? First, it is deeply aligned with the organization’s strategy, vision and aspirations. Second, it is your organization’s mass behavior at scale - authentically embraced internally. The sense of belief is so strong among employees that it seeps through to external stakeholders and can be ‘felt’ on the outside – whether it is with customers or the media or with financial stakeholders. This same sense of belief sets an organization apart from its competition, helps attract top talent and creates the conditions for employees to be authentic, innovative, included and perform at their highest potential.

Patagonia is an often cited example of how corporate culture and values translate into tangible business actions. When Patagonia’s founder Yvon Chouinard set out to build his company with “a band of climbers and surfers”, he declared that Patagonia “is in business to save our home planet”. And this rings true when we look at how the company puts its values in action across a variety of domains, from hiring and employee engagement to interactions with customers to ESG efforts and philanthropy.

When it comes to hiring, for example, Patagonia states that “we don’t advertise in the Wall Street Journal or attend job fairs. We seek out people through friends, informal networks and business associates who truly care about the outdoors, love to spend time in the mountains”. This way of hiring, built through deliberate business actions, results in acquiring culturally aligned talent that is more likely to share Patagonia’s vision and aspiration right from the get-go.

This sentiment comes through in the way that leaders at Patagonia talk about their work too. As one leader stated, “Every time we’ve elected to do the right thing, it’s turned out to be more profitable”. Over the years, the company has built up a loyal customer and employee base who deeply connect to Patagonia’s purpose and its love of the outdoors. This singular (and authentic) focus has helped Patagonia to become a $3 billion retailer. Recently, Yvon Chouinard and his family decided to give away their ownership in the company to a trust that will use its profit to fight the climate crisis.

Take these steps towards culture transformation

Organizational culture is the outcome of a collective set of behaviors. The key to changing a culture is to understand that it begins with individual behavior change. Culturally adept leaders know how to influence those behaviors by leveraging four elements that work together to influence how people act.

1 Ensure individuals have the mindset to drive the right behavior

The words that leaders use are critically important to express an intention. But words are not enough (neither are plaques, posters and printed mousepads). Shifting mindsets requires a combination of articulating an aspiration, reinforcing it through business decisions, enabling it through processes and systems and making the new mindsets widely known through influential leaders, new incoming talent and plenty of internal dialogue.

Take Amazon Business, Amazon’s online B2B wholesale market, which saw its seller base grow by 4,543% since it launched in 2017. What are the cultural forces that drive the company’s extraordinary success? According to a leader at Amazon Business, it boils down to the company’s attention to creating a mindset of “perpetual customer dissatisfaction, where we have to assume that customers are not going to be satisfied tomorrow by what we have today”.

This “perpetual customer dissatisfaction” mindset, championed by Jeff Bezos, has proven to be an effective behavior driver and has also become a key mechanism to screen incoming talent.

Consider Apple, which went from $5 per share in 2005 (and with its future uncertain) to becoming one of the most valuable publicly traded companies in the world with a $1.84 trillion market valuation in 2020. In addition to expanding its capabilities through small, highly strategic acquisitions, Apple’s massive turnaround would not be possible without the work it did to scale its culture of innovation and design thinking. Steve Jobs’ words set the intention, when he would speak about his burning desire for “insanely great products”.

Beyond those words, was the work that took place across teams. It started with product design teams, focused on iterative and immersive product design practices. The approach quickly extended to marketing, sales, stores and supply chain management. Today, almost every core discipline at Apple has deeply embedded capabilities in design thinking, innovation and the desire to produce products and experiences that are “insanely great”.

How can you bring your culture transformation to life by strengthening your peoples’ abilities? At first, it takes focus and discipline to identify the few truly distinct abilities that need to become core practices for each group. Once these have been identified with a great deal of specificity, then bringing these to life becomes much easier through immersive, experiential learning, role play, forging deep feedback and collaboration loops, rotating talent across different situations and conducting ongoing pulse checks. 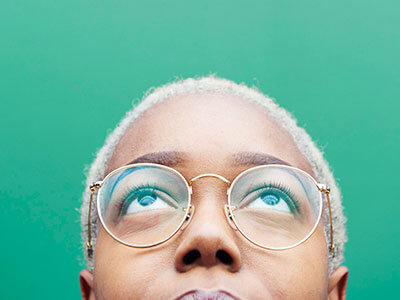 Is your culture an asset or a liability?

Peter Drucker once said “you are what you measure” and one of the best ways to ensure your cultural aspirations are embedded in your organization is to align your performance management to your cultural vision. Evaluations that assess the “how” and incentives that motivate desired behaviors can create the behavioral ecosystem you need to start transforming your workplace culture.

As an example, leaders at TechCo, a marketing analytics software company, recently faced a challenge - while sales teams were meeting targets, customer satisfaction was suffering. Executives discovered that while each department was measuring its teams’ performance based on their respective tasks, the firm didn’t have appropriate incentives to ensure that different teams were collaborating to meet customers’ needs holistically, so there was no mechanism to recognize how well the customer was being served.

Further, the company established KPIs to (a) track formal sign-off processes between sales and implementation teams, (b) measure sales and service targets by team instead of by individual, and (c) train managers to discuss how high performance was delivered, not just what targets were met. These systemic changes contributed to increasing revenue by 30% while also seeing significant improvements in customer satisfaction.

In powerful and often subtle ways, effective organizational and team structures make new behaviors possible. They help enable the type of decision-making, communication, knowledge transfer and other critical elements that hardwire the behaviors, habits and mindsets needed for a culture transformation.

After struggling to boost production of its Model 3 sedan in 2018, Tesla CEO Elon Musk angrily stated that the organization had become “inefficient and bureaucratic”. In very short order, Tesla announced that it would flatten its organizational structure to improve communication and flexibility in order to build a culture of innovation. Elon Musk then declared that “Communication should travel via the shortest path necessary to get the job done, not through the ‘chain of command’. Any manager who attempts to enforce chain of command communication will soon find themselves working elsewhere.”

This new way of working – communications through the shortest path possible, meant that from now on, any obstacle to meeting production goals could reach Musk himself rapidly. As a result, Musk was often found on the factory floor, directing manufacturing operations hands-on, claiming to have spent nights sleeping on the factory floor since there was no time for him to go home.

The story of how Tesla overcame its production woes is a long and complicated one. What is clear though, is that the flow of information to Musk and top Tesla leaders became instant and created a sense of urgency that all critical-path problems needed urgent resolution. This structure-driven cultural shift resulted in faster leader involvement and much faster decision-making – whether it was the decision to open more assembly lines, hire more contractors, negotiate more favorable payment terms with suppliers or even the decision that Musk made to ask existing Tesla customers over Twitter to help make deliveries to new customers (which many did).

Through a tumultuous and difficult year of hard work, Tesla’s efforts paid off as Model 3 sedan production levels experienced an 82.5% increase soon after Musk’s restructuring initiative. And much bigger success was still to follow, as Tesla’s Model 3 became one of the top 3 most purchased cars globally of all automobile types (not just electric) in spite of a global recession.

Take the next steps towards your culture transformation journey today

As these stories and examples show, culture transformation has a clear role in driving business performance. And though it may feel intangible, organizational culture is shaped automatically every day by many factors, including: the words and actions of leaders, key strategic business decisions, the talent that is hired, systems and structures that are built, incentives and KPIs that an organization uses and a host of smaller factors that help shape the way people believe and act in an organization.

The good news is that workplace culture can be actively shaped, and it should be shaped to align with your organization’s deepest aspirations and priorities. Focusing on the four elements we have described above – mindsets, abilities, systems and structures (MASS), organizations can establish a clear, actionable path forward to plan for and move toward a culture that fuels your organization’s success.

For more information on how you can transform your culture, contact us today. 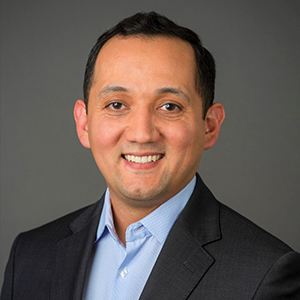 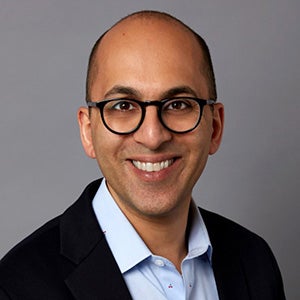 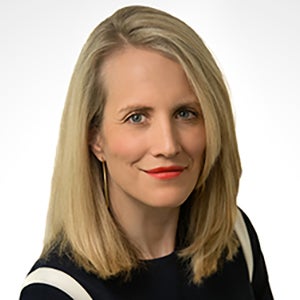