How two leading organizations have transformed to become more customer-obsessed

In a recent discussion about customer-obsessed organizations, Korn Ferry led a discussion with Bracken Darrell, the CEO and President of Logitech, and Nick Beighton, the CEO of ASOS. 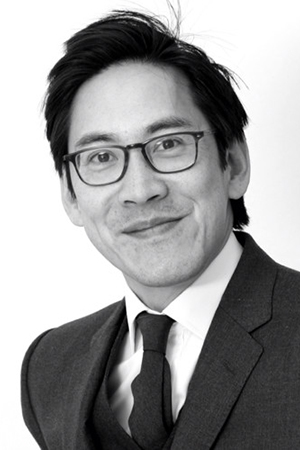 Transformation pressures are converging from seemingly all sides at once: digital disruption, environmental sustainability, systemic racism and social movements.

The businesses thriving in this environment—the ones outpacing their competitors—are the ones tackling these topics head on, radically rethinking how work gets done and putting people at the heart of everything they do.

What it means to be radically human and customer obsessed

Businesses that are radically human connect each individual to a shared vision. They give them the right structures, systems and processes to help them do their work, then get out of their way. And, instead of seeing humans as resources, they understand the organizational power of people to do extraordinary things.

On top of this, the most successful companies understand that their brand makes the promise, but their customer-obsessed culture delivers it. Employees are invested in learning how their current and future customers think and act, and what it means for how they must lead their organizations. As a result, employees in customer-obsessed organizations demonstrate empathy scores nearly three times higher than their peers and have 1.4 times people agility—the ability to work well with diverse teams. Two of the companies doing this best are Logitech and ASOS.

Logitech: Transforming from the inside out

Logitech is a multi-brand company, designing products that bring people together through music, gaming, video and computing. Darrell joined the company as its president in 2012 and assumed the role of CEO in 2013. Since he joined, the business has doubled every two and a half years. It has continued to perform during COVID-19, with an $11 billion market capitalization in the last year alone.

For Darrell, the first step toward being customer-obsessed was shifting from thinking of the company as one that makes products to a company that delivers experiences. “We decided we wanted to be a design company instead of a product company”, he said. His leadership team put users in the middle of the product creation process.

In addition, Darrell came up with a metaphor of trees, plants and seeds to address the CEO’s dilemma of ensuring transformation while ensuring the company’s core business continued to perform. Trees represent the core business. For Logitech, it included the company’s declining mouse and keyboard segments. Plants are the new businesses that the company can jump into right away. And the seeds are new businesses that are like a startup.

Darrell remarked that, instead of following a pyramid structure, the company operates like a “field of flowers.” Each business runs independently of each other, and the company tries new things all the time. As the company innovates, it starts small, testing ideas through a series of small sprints before scaling them. He noted, “It fails much more often than it works. But that’s the whole idea. That’s the way we learn. We’re not at all afraid of failure. I’m much more afraid that we’re not failing enough than that we’re failing too much. You’ve got to risk manage your failures, but as long as you do that, you can afford to fail a lot. And that’s how you get to the real performance that I think is possible.”

Most of the time the ideas don’t work, he admitted, but if they don’t, people receive a bonus and move on to the next new thing. And the system is working. When Darrell joined the company, Logitech spanned eight categories. Today, it spans 32, and the company’s value has grown from $1 billion to $16 billion. Darrell remarked, “It’s super exciting to be a part of and so much fun and vibrant. And we’re just at the beginning of what we can do and are capable of.”

Darrell also knows that continually finding new ways to serve Logitech’s customers requires constant innovation. He observed, “We’ve really tried to get in front of what the customer can tell you they need and what they don’t even know they need. We try to be super close to the customer experience. For almost everything we’re in, we’re the customer too, or our kids are the customers. So, we have a learning lab all the time.”

Darrell also acknowledged the advantages of a beginner’s mindset. He asks every new employee to write him a note with the things they would change about Logitech within the first 30 to 90 days of joining the company. He’s also recently discovered a way to capture this mindset for himself.

As he was thinking about his work, he became uncertain whether he was the right person to lead the company into the next five years. So, he thought about the ideal CEO’s background, then decided that he might not be the best choice for the role. He resolved to quit, then slept on his decision. The next morning, rejuvenated, he decided to rehire himself on a “new contract.” He recounted going to work feeling like a newcomer, because there were no “sacred cows—whether leaders (including myself), strategies or products.” He’s done the same thing with his leadership team, and they’ve continued to find renewed meaning and purpose in their work—and delivered better results.

ASOS is the world’s leading fashion destination for twenty-somethings; it’s the highest rated and recommended of all clothing brands. Beighton joined ASOS as CFO in 2009 and took over as CEO in 2015. And, over the last year, sales are up 20% and profits are up 300%.

For Beighton, the ASOS journey is “all about recognizing that we’re all connected.” He explained, “I fell into the word ‘purpose.’ On our best day, we’re a purpose-driven organization, mission-led and guided by values. Purpose was the place we have to start to bring us all together.” And he recalled a serendipitous moment when he figured out how to bring all of his people together across the many aspects of ASOS, from fashion to content, technology and logistics.

While he was attending a leadership event with 60 other CEOs, a 23-year-old woman from Sierra Leone told a story. As a child, her home was burned down, her father was killed and her mother fell ill and died; she had a skin condition that led her uncle to believe she was cursed, so he abandoned her at an orphanage. While there, she happened upon a magazine blowing in the wind, its cover featuring a ballerina. For her, the picture was everything she yearned to be. She hid the cover in her underwear because she didn’t want it to be confiscated. Shortly afterward, she was adopted by an American foster family, who took her to ballet school. But the teacher rejected her, because “Black girls don’t make good ballet dancers.” Undeterred, that woman, Michaela DePrince, followed her dream. Today, she’s a soloist with the Dutch National Ballet.

Beighton approached DePrince after she finished her talk, admiring her composure and commenting on how much he loved her outfit. Without knowing who Beighton was, she replied that her outfit came from ASOS and that her clothes gave her the confidence to tell her story. She added, “My story is that it doesn’t matter whatever happens to you in life. You can change the future, but you can’t change what’s happened.” Beighton took that back to his team and said, “If you ever forget why we do what we do, or who we are here to serve, this is why we do it. We’re not just selling clothes. We’re selling experiences and an outcome.”

Before COVID-19, every new starter met with him personally and would hear about the company’s history, mission, values and purpose. “The goal,” he explained, “is to break down potential barriers from day one and to make it human. When they leave that session, I’m just Nick, not the CEO, and I know their name.”

Beighton also explained that, like Logitech, his company has a relentless focus on constant improvement. He said, “We observe, inquire, look, learn, use data and ask questions, then try some stuff. If you don’t try some stuff, you’ll never learn some stuff.” He noted that, over time, the risks the company has taken have changed significantly: as a smaller company, everything leaders tried was a big bet. Now, as a bigger company, ASOS has to consciously break out of the mindset to make more bets and conduct more experiments. By challenging assumptions and testing new ideas, Beighton realized that the company gets a better outcome. He remarked, “Everything’s a learning experience. One day, we will be a great business. Until that day, we’ll just keep getting better. You have to accept that the game is never-ending; it’s an infinite journey of improvement. When you accept that, you start to think differently.”