5 Binge-Worthy Shows on Leadership for the Holidays

Immerse yourself in the creativity, power grabs and management-gone-wrong of buzzworthy shows. 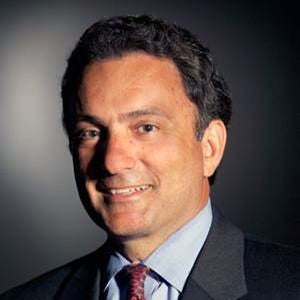 After this year of pandemic madness, a holiday stint on the couch is well deserved. Since most firms are shutting down many operations, you might as well settle in and enjoy some quality entertainment while your brain recovers from months of uncertainty and overwork.

Television shows are usually a rush effort: writers’ rooms are asked to create entire seasons in weeks or months, while production teams sometimes shoot episodes concurrently. The pandemic provided a rare pause, allowing the creatives behind top shows to take many extra months to write and plan. The results demonstrate the value of time in the creative process. We talked to Korn Ferry experts about their favorite thought-provoking shows related to leadership. Join our partners in watching these five shows as 2021 winds down:

If Korn Ferry experts had an official pastime, it would be binge-watching three Succession episodes and then messaging one another about it. A quick (non-spoiler) summary, if you haven’t yet started the series: Power is up for grabs at a family-owned megamedia company owned by an ailing octogenarian patriarch. “It’s about what not to do in governance,” says fan Radhika Papandreou, leader of the Travel, Leisure and Hospitality practice at Korn Ferry. The patriarch provokes infighting among his heirs, who vie for control. Season 3 just ended. “You will get hooked,” says Andrés Tapia, Korn Ferry’s Global Diversity, Equity & Inclusion strategist. “It’s all about bad, horrible leadership and raw power. It’s totally not about inclusion.”

This five-episode series is based on the real-life 1986 murder of Swedish Prime Minister Olof Palme, who was shot in the street while walking home from a movie with his wife. The crime drama is also a tale of management woe, tracking the spectacular police bungling of an assassination of a world leader, an investigation that turned into a 34-year case. “The person who took responsibility for investigating the murder stepped in because of the politics involved, and botched things up,” says George Bongiorno, senior client partner for Korn Ferry’s Human Resources practice. Who among us hasn’t had a manager appointed for reasons other than competence?

Two words: Jennifer Coolidge. In just one day, you’ll finish this one-season (six-episode) black comedy about wealthy vacationers at a resort. And once you look up from Coolidge’s utterly inspired performance, you’ll note that the plotline is nothing less than an unvarnished look at close-mindedness and exclusivity in a workplace environment (the resort) and the narrow psychological boundaries between leisure-industry employees and unhappy customers. “It’s lighter than Succession in terms of plot and character development,” says Tapia. “Succession is about raw power, while White Lotus is about raw whining.”

Watch with the Family: MasterClass.com

Bob Iger on business strategy. Chris Voss on negotiation. Anna Wintour on leadership. Pro tip: select the classes that cover topics far beyond your passions. “I take courses from people in whom I would normally never take an interest and marvel at the commonalities with my own interests,” says David Vied, global sector leader for Medical Devices & Diagnostics at Korn Ferry. Vied has discovered that a range of leaders, artists, and entertainers featured on this online subscription platform tend to share the same fundamental traits, including a myopic focus on people (audience, teammates, employees) and the ability to connect via messaging that people can personalize for themselves.

Hospitality biz expert Anthony Melchiorri visits a failing independent hotel and swiftly launches a plan to turn it around, typically revamping its cosmetics and logistics. Rinse and repeat. Spoiler alert: the problem is invariably the owners. “Sometimes he sells the property, sometimes he fires the general manager,” says Dan Kaplan, senior client partner for Korn Ferry’s CHRO practice. “I constantly learn leadership lessons.” With over 100 episodes in the can, this reality show will keep you occupied through months of 2022 workouts.