More than 30 million viewers are expected to watch football this Thanksgiving. What can corporate leaders learn from the coaches manning the sidelines? 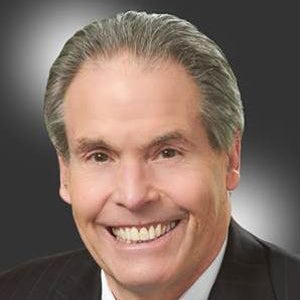 What makes a great leader?

It’s not a question usually contemplated over Thanksgiving dinner with the family. But as part of the holiday’s tradition in the US, millions of fans will be glued to their TVs watching pro football (and, because the World Cup is in November this year, soccer). On the sidelines will be each team’s coach, whose success, experts say, requires many of the same leadership qualities exemplified by a CEO. “Coaches have to establish alignment, be inclusive, and make calls and motivate people,” says Jed Hughes, global sector leader for the Sports practice at Korn Ferry. “It’s much like the corporate world in that way.”

But how much can we learn? In honor of Thanksgiving, which has been dubbed the “official holiday of watching football,” we asked our experts for some leadership lessons from past and current NFL coaches that corporate bosses today can chew on.

Over the last 20 years, the Patriots have been perennial Super Bowl contenders, winning six championships between 2001 and 2018. Part of the reason for the team’s success is owed to its culture, known around the NFL as the “Patriots’ Way.” As coach and general manager, Bill Belichick is a keen talent scout who picks players who buy into the “next man up” and “team first” mentality that inspires collaboration and accountability. “Everyone on the Patriots is aligned around common goals,” says Hughes.

There are few figures—coach, player, or otherwise—as universally beloved as John Madden was. His success on the field—and off of it as a broadcaster, pitchman, and entrepreneur—was owed in large part to his relatability. Madden, who passed away in late 2021, was the epitome of what Korn Ferry defines as the “radically human leader,” or someone who shows their authentic selves, is vulnerable, and feels empathy for others. Those traits translated to tremendous success—the Raiders never had a losing season while Madden was coach. Kevin Cashman, Korn Ferry’s global coleader of CEO and Enterprise Leader Development, says Madden’s ability to operate at the intersection of drive and connection is a key part of his success. “Being connected personally and interpersonally can sustain leaders and organizations,” he says.

As the head coach of the Miami Dolphins, Don Shula won two Super Bowls in the early 70s with his teams averaging fewer than 12 pass attempts per playoff game. A decade later, the Dolphins drafted Dan Marino as quarterback, and under Shula’s leadership became one of the most potent passing offenses in NFL history. Shula’s ability to reinvent his approach for a new style of game is especially relevant to business leaders in the post-COVID era who have to adapt business models to a new environment.

More impressive than Andy Reid’s 30 years in the NFL, 260-plus wins, and two Super Bowl victories is his development and mentoring of coordinators and assistant coaches. No fewer than 10 of Reid’s assistant coaches have gone on to be head coaches at other teams, making his influence on the game’s leadership among the most extensive and successful in NFL history. “Reid is known throughout the league for his mentorship and role as a teacher and learner,” says Hughes. He also cited Reid’s ability to groom strong successors as a key trait corporate leaders can learn from to build sustainable, consistently high-performing organizations, even in uncertain times.

Every team starts the season with the goal of winning the Super Bowl. That goal is more realistic for some teams than others, however. Bill Parcells knows this better than most leaders. The four teams he’s coached—the New York Giants, New York Jets, New England Patriots, and Dallas Cowboys—were all in turnaround mode when he took over. While Parcells went on to win two Super Bowls with the Giants, appear in one with the Patriots, and take the Jets to the AFC Championship game, those lofty achievements weren’t goals at the outset. Instead, Parcells first had to break the habit of losing. As he once explained, “When you set small, visible goals, and people achieve them, they start to get it into their heads that they can succeed.”