Many people are unknowingly damaging their career prospects with words and actions that leave a bad impression. Here are five of the most common mistakes. 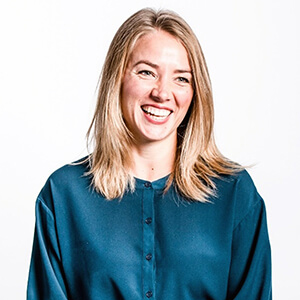 Tom was sure the jig was up. He knew he didn’t deserve the big promotion. And now that he was due to present a strategic plan for his division to the executive leadership team and board, they would finally see that he was a marginal talent at best.

The more Tom told himself this, the more he believed it—even though it wasn’t at all true. Psychologists call this “imposter syndrome,” an extreme feeling of discomfort born from a belief that you are unqualified or incompetent. It’s one of the most common reasons people sabotage their own careers. According to the International Journal of Behavioral Science, more than 70% of people experience imposter syndrome at some point in their careers.

Imposter syndrome is by no means the only reason people sabotage their careers, though. Mark Royal, a senior client partner for Korn Ferry Advisory who specializes in employee engagement, says self-sabotage by employees can be conscious or unconscious. These actions can include changes in behavior (for instance, a formerly positive, productive, and engaged employee suddenly becomes withdrawn), perceptions of unfair treatment, feelings of hopelessness, a lack of control, and more. “Many employees are unknowingly derailing their careers,” says Royal. Here are five examples of behavior to avoid:

This place will never change. I don’t stand a chance of being promoted. What’s the point of taking on extra work, I’ll never get credit for it. We’ve all felt this way about our jobs at some point. Usually, the feeling is fleeting. The danger, says Frances Weir, a career coach at Korn Ferry Advance, is when someone internalizes these negative thoughts or repeats them to colleagues. Say something enough times, and eventually you end up believing it. “That’s when the situation can get overwhelming,” says Weir. “You think you can’t do anything to fix it, so you stop trying.”

Not asking for more.

“Quiet quitting” is technically defined as doing exactly, and only, what a given job requires. It’s another form of self-sabotage. Engaged, productive employees want to learn as much as they can, says Jacob Zabkowicz, vice president and general manager of the global Recruitment Process Outsourcing practice at Korn Ferry. He says an employee is in charge of their career as much as their manager is: even if they don’t like the company or their job, he says, doing only the bare minimum could have long-term repercussions for that employee’s career. “If all you are asking for is money or a promotion and giving nothing in return, you are sabotaging yourself,” says Zabkowicz.

Spreading yourself too thin or taking on too much can also be a form of self-sabotage. “If you tell your manager you can take on 10 projects, then only deliver on five of them, it is going to hurt you,” says Brian Bloom, Korn Ferry's vice president of global benefits and mobile operations. From the manager’s point of view, you have underdelivered, he says. Employees can also burn themselves out and create feelings of inadequacy by not being able to deliver.

Comparing yourself to others.

One of the most common self-sabotaging traps people fall into is comparing their performance and treatment to that of coworkers. Instead of celebrating a team member’s success, for instance, people end up worrying that they themselves aren’t doing enough, which can lead to them to take on more work than they can handle. That in turn creates anxiety and stress, and even burnout.

Similarly, Royal says, perceptions of unfairness can lead employees to withdraw discretionary effort or fall into bad habits—procrastinating, missing deadlines—as a way of getting back at their boss. “They may take steps that in their mind square things up, but in reality end up having negative effects on their career,” says Royal.

It’s a cliche to say you get one chance to make a first impression. But it also happens to be true, especially when it comes to the decision-makers and influencers in an organization. “How you portray yourself to those people is everything,” says Zabkowicz. Attitude is everything, he says, especially when you have a bad one. He says he’s seen people get passed up for a promotion or a raise because they underwhelmed or made a bad impression on an influencer during a meeting, for instance.