A delayed boarding for female leadership

While the aerospace industry promotes well, 40% of women in the broader aviation field don’t see ways to advance. A new Korn Ferry study. 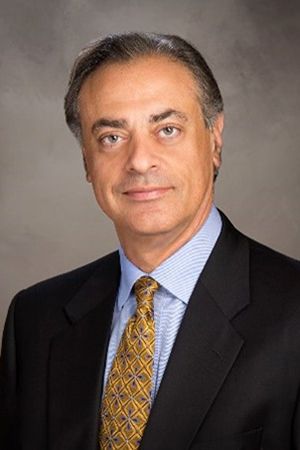 Aerospace and defense firms have been lauded for promoting women to top leadership roles. Indeed, at one point in 2019, one out of every five firms that build planes and defense systems, including four of the five biggest companies, had a female CEO.

But the progress, it seems, stops when the planes leave the factory. According to a new Korn Ferry study, 40% of women in the broader aviation industry say there is a lack of opportunity for advancement within their organizations and believe their voices aren’t heard. “There have been huge gains in aerospace, but that’s not universal across the other subsectors of the industry,” says Michael Bell, a senior client partner with Korn Ferry’s Civil Aviation practice and one of the study’s authors. “What looks like progress at the top isn’t changing the day-to-day life of women in the middle or below.”

The broad aviation industry includes commercial airlines, firms that manage airports, and air navigation providers, among others. The study, Soaring Through the Glass Ceiling, was a joint venture between the International Aviation Womens Association, Korn Ferry, and five other aviation associations. It surveyed more than 2,400 individuals in the industry, including human resources, business, and education leaders. The goal was to provide a pathway for aviation firms to be more diverse and inclusive, particularly when it comes to advancing women in leadership positions.

Female CEOs represent 19% of the total number of aerospace and defense CEOs in the United States, compared to just 5% for all other sectors. But experts say that 19% number is a bit misleading, as only 3% of CEOs in the commercial aviation industry are female and just 6% of airlines globally have appointed women to senior executive positions.

The study raises questions about the pipeline of female leaders. Indeed, some experts worry that the lack of female board members or executives below the CEO role suggests that once the current leaders’ tenures are over, the industry could actually take a step backward in terms of increasing the percentage of women in leadership positions.

Those dynamics could explain why 40% of the study’s women respondents felt there is a lack of opportunity for advancement and that their voice is not heard in their organization. At the same time, the government and military, the primary talent pools the industry draws from, are still male dominated. “The underlying issues won’t change anytime soon,” says Shannon Hassler, a principal with Korn Ferry’s Advancing Women Worldwide team.

The confluence of these factors could create a difficult cycle that impacts the aviation industry’s ability to attract and retain female talent in the future. The study found, for instance, that women who felt they had a seat at the table in providing input and making decisions were six times more likely to remain with their organization than women who felt overlooked or ignored.

Bell says firms need to act now if they want to be more diverse and inclusive of women in leadership in the future. The report recommends five key drivers for elevating women, among them highlighting female role models within companies; creating more inclusive talent management and succession practices; and making gender diversity a strategic priority for leaders.

“The industry is taking the right steps, but more needs to be done among individual organizations to integrate diversity into how they run the business versus it just being a program,” says Bell.