Apple: Earnings Down, Mojo Up

Apple's 2019 revenue and earnings are lower, but the tech giant is heading into its new fiscal year with a head of steam. 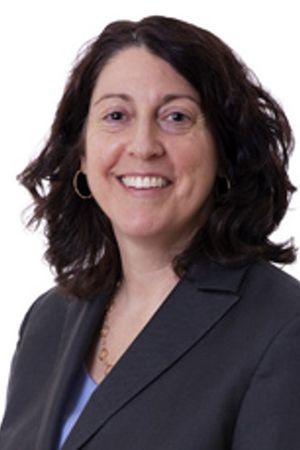 Apple keeps winning, even when it seemingly loses.

This week the company reported fiscal year 2019 financials that were lower in revenue and earnings from the same period a year earlier, only the second time since 2001 that Apple’s sales and profits have fallen year-over-year. But experts say there’s much more to Apple’s story. Heading into its new fiscal year, the tech giant is rolling. The company's revenue and profits for its fourth quarter (from July through September) beat expectations. At the same time, its stock is trading at an all-time high after the strong initial reception to its new iPhone. As a report from the investment bank Jefferies noted this week, iPhone 11 sales “are exceeding conservative Street expectations.”

Certainly, the company continues to showcase how to keep momentum going amid any development. Its iPhone sales have been falling year-over-year, for example, but Apple still moves billions of them every quarter, generating more than $33 billion in iPhone revenue in the July-September quarter. Barbara Rosen, senior client partner and global accounts lead for technology with Korn Ferry, says demand for the latest model underscores both the stability the device provides Apple and the extreme brand loyalty of its customers. “Once consumers purchase iPhones, they continue buying new models,” says Rosen.

The resurgent iPhone dovetails with growth in Apple’s services division, which has blossomed into the company’s second-largest financial contributor, generating more than $12.5 billion in revenue in the July-September quarter. The unit houses traditional Apple services like the App Store and iCloud, as well as some of its newest innovations, such as Apple Pay and the upcoming Apple Arcade. Apple’s services division will also be home to its highly anticipated new streaming video service, Apple TV+, which launches on November 1, two days after it reports earnings. And let’s not forget about wearables like the iWatch, which along with home products, headphones, and other accessories produced a record $6.5 billion in revenue in the July-September quarter.

“Apple is diversifying more than it ever has before, and these moves into new spaces, like TV+, are likely going to help the stock projections into 2020,” says Jamen Graves, a Korn Ferry senior client partner who specializes in leadership and talent consulting, who works with Apple. Graves says adding more services to its product mix will “generate a lot of interest, discussion, and invaluable consumer and market attention.”

To be sure, Apple has been flooding social media and television with ads for its new streaming service, particularly during pro football games on Sunday, which is when the most people are watching traditional TV. “When Apple is doing new things, the entire world is watching, and that will certainly help the company in the short run,” says Graves. “The challenge will be to deliver on these new services.”