5 Ways to Be a Champion for Diversity

Corporate dollar commitments are one thing, but here’s how individual employees can help make a difference right now. 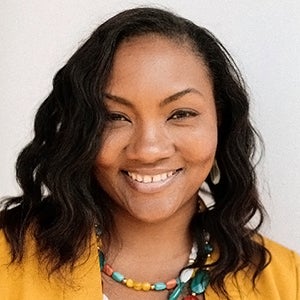 The results so far have been mixed, at best. As of spring, only about $250 million had been actually spent or committed to a specific initiative, according to an analysis by the consulting firm Creative Investment Research. Experts say it will take the continued focus of CEOs and boards alike for a long time to ensure that those goals are met. But individual employees can play critical roles along the way. Indeed, workers at any level and from any background can help tackle racism, push for broader equality, and generally create a more inclusive workplace. First, evaluate your nonmonetary and business reasons for being in the company, and “start with your own purpose,” says Ayana Parsons, a senior client partner in Korn Ferry’s Consumer practice.

Whether you’re an entry-level employee or a team leader, here are a few things you can do to improve DE&I:

“If diversity is the mix, then inclusion is making that mix work,” says Parsons. Indeed, many prior attempts to diversify workplaces have failed because they’ve too often focused on bringing in workers from different backgrounds without making them feel welcome and respected.

Employees who are intentional with their actions can make a world of difference, Parsons says. Greet new employees, invite people to speak up, congratulate them on doing a good job. Make sure they’re involved in the more subtle aspects of work life as well: the happy hours, the business trips, the meetings before the meeting. Ensure that people aren’t being left out.

These may sound like little things, but experts say that’s the point. “Extend that hand and it goes a long way in making people feel like they belong,” says Andrés Tapia, Korn Ferry’s global diversity, equity, and inclusion strategist.

Look for problems yourself.

Rather than doing things in response to certain events, actively identify the DE&I gaps in your organization, Parsons says, and figure out what you can personally do to close the gaps.

Reading books, listening to podcasts, or watching documentaries to educate yourself about inequalities is a good start. But none of those will speak to the particular issues within your organization. Spend time interacting with your coworkers who are different from you—learn about their experiences and offer help, Tapia says. “Oftentimes that very human thing gets displaced by these passive things.” But, he adds, when you combine consuming media and developing real relationships, that makes a difference.

Challenge your own beliefs.

It’s a natural but still insidious bias. Many times, people think people from underrepresented groups can’t do something because they’ve never personally come across such individuals who could. “Most white people in America have networks that are 100% white,” says Parsons.

Experts say individual employees should question their existing beliefs and assumptions. Indeed, reevaluating your own biases, conscious or otherwise, is one of the starting points for modern-day diversity and inclusion efforts. Furthermore, those in the majority group should put extra emphasis and efforts into allyship, or publicly helping colleagues from underrepresented groups, says Tiffany Williams, a global DE&I leader at Korn Ferry. “They need to support anyone who historically comes from a marginalized identity, who might be spearheading an initiative,” she says.

Williams advises individual employees collectively determine the affinity they share to form a nonformal employee resource group, or ESG. The groups can be formed around common traits, such as race, gender, sexual identity, or even roles and responsibilities at the office. Talking about mutual experiences, sharing success strategies, and problem solving can get the momentum started on improving diversity and inclusion across an organization, Williams says. Employees can also coordinate with the human resources department to create a newsletter or conduct engagement activities such as book clubs, panels, and discussions to get the ball moving on a larger scale.

Don’t hesitate to reach out to and work with your manager. Talk about process improvements such as enhancing talent acquisition strategy and making the hiring process more inclusive, says Williams. “A lot of times, employees have great ideas but they don’t know how to get in front of the right people,” she says. Recruiting a responsive manager can help.